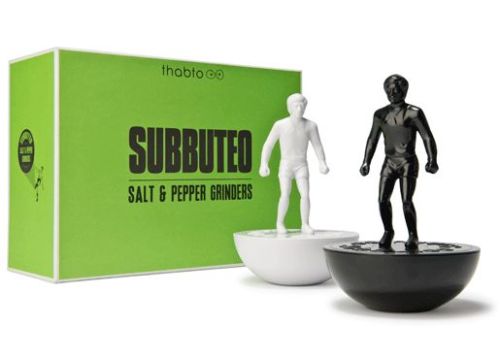 The Subbuteo brand and imagery is still iconic – and for that reason, it does appear in various forms in the ever-popular novelty gifts market, particularly in the run-up to Christmas. 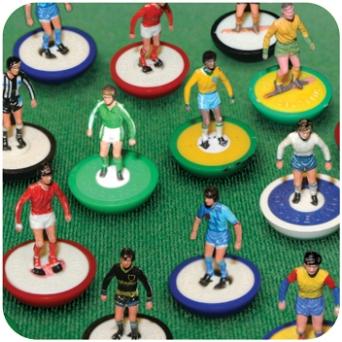 Where better to place your brew than on a hard-wearing cork backed coaster adorned with several different Subbuteo teams. Brazil feature prominently, of course, though there are some wonderfully unique teams pictured some that I may even struggle to identify correctly. There’s a Norwich, England and Ireland in there – but what about the very bottom three? 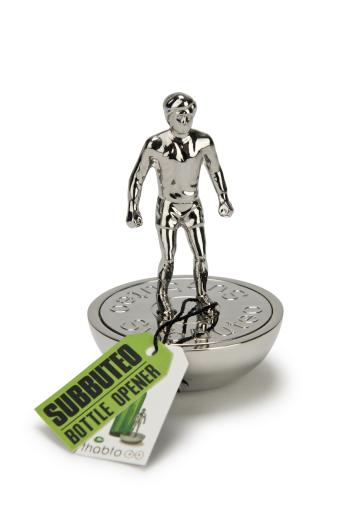 Standing at about three and a half inches tall is this “retro” chrome Subbuteo figure which just happens to be a bottle opener. Just look underneath the base and viola, get that beer open. This is a really good quality item – only problem is, it doesn’t fit inside our cutlery drawer.

Not convinced at all by these. They feel and look a bit naff, a far cry from the bottle opener, and I’m not sure any kitchen table would look good with these. I stand to be corrected through. Not a user of a grinder anyway, so perhaps if I was, I’d be more forgiving about this product. Torn on the packaging too. Quite like the plain and old look, but it’s not very exciting. 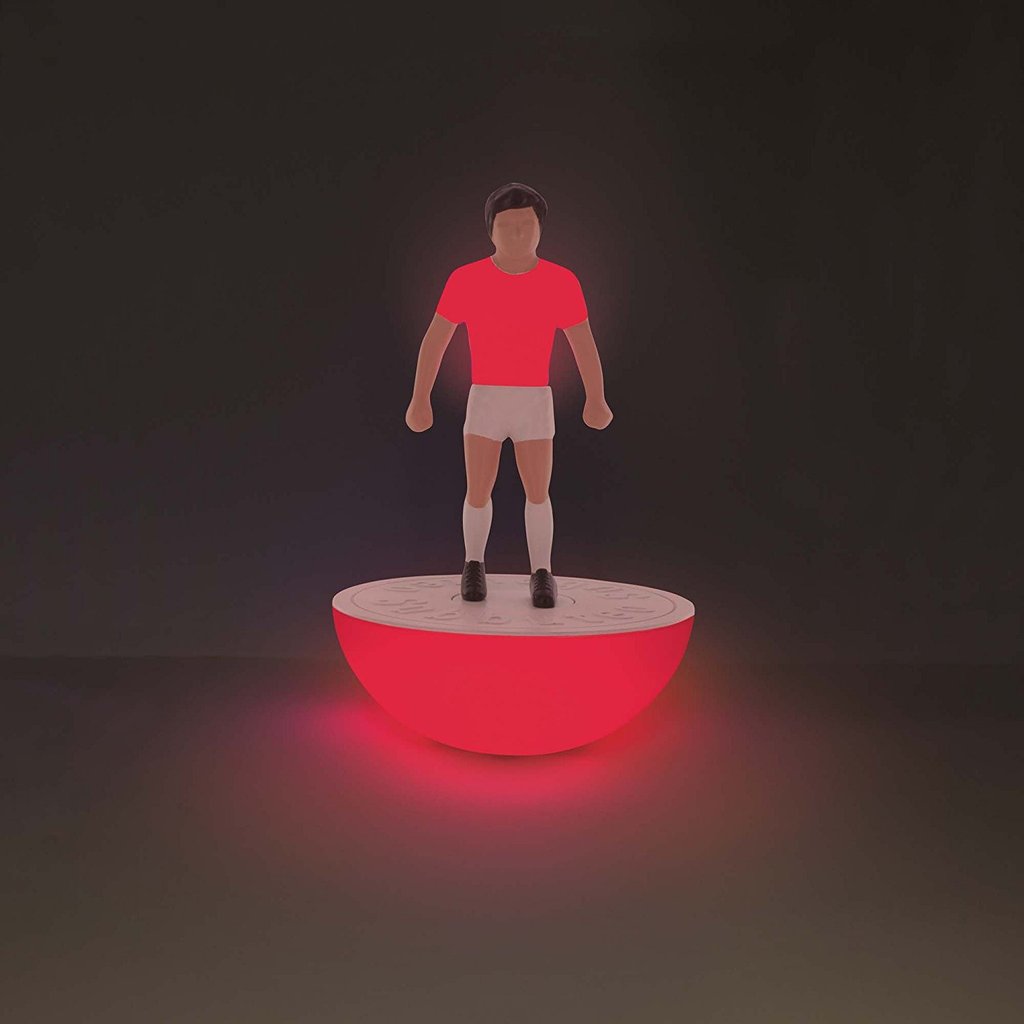 I’ve cheated a bit with this one, as I haven’t actually got one (donations welcome). I think generally it’s a neat idea, especially the colour changing element, but is it just me that thinks the whole Subbuteo figure just looks a bit bizarre the bigger it gets? It’s the same reason I won’t buy those licensed released x-large Subbuteo figures available in Barcelona and Real Madrid kits, to name but a few. I’d probably have nightmares if I had a line-up of 11 of those on my chest of drawers. 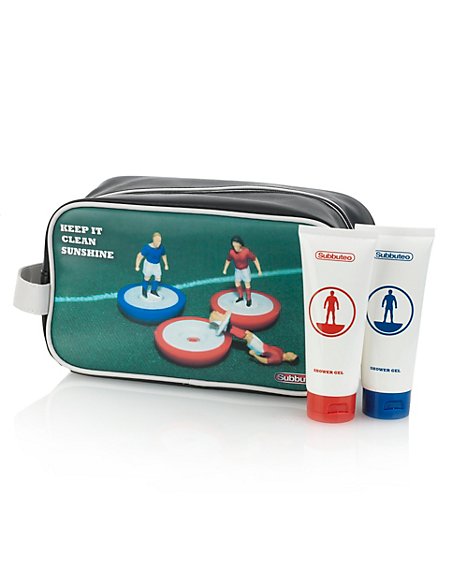 I get that you can put your logo on anything these days – but shower gel, really?! It’s a shame because I like the wash bag and the “keep it clean, sunshine” and to be fair, I do like the style of the branding on the shower gel. But, why?! 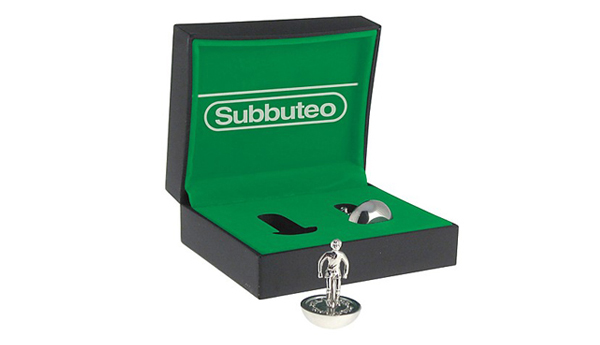 Now I wish I had these. Subbuteo cufflinks. These look like absolute beauties, and to be honest I only discovered them when researching for this article. Would be keen to hear from you in the comments if you’ve got a pair of these. It appears there’s a couple of different styles, one is  arelatively boring button type cufflink with a picture of a Subbuteo player on, whereas these ones look like they separate at the base. Mind you, seeing them on the other side of the shirt it simply looks like a man, rather than a Subbuteo player…

All I need now, is the placemats and Christmas dinner is sorted in our house…