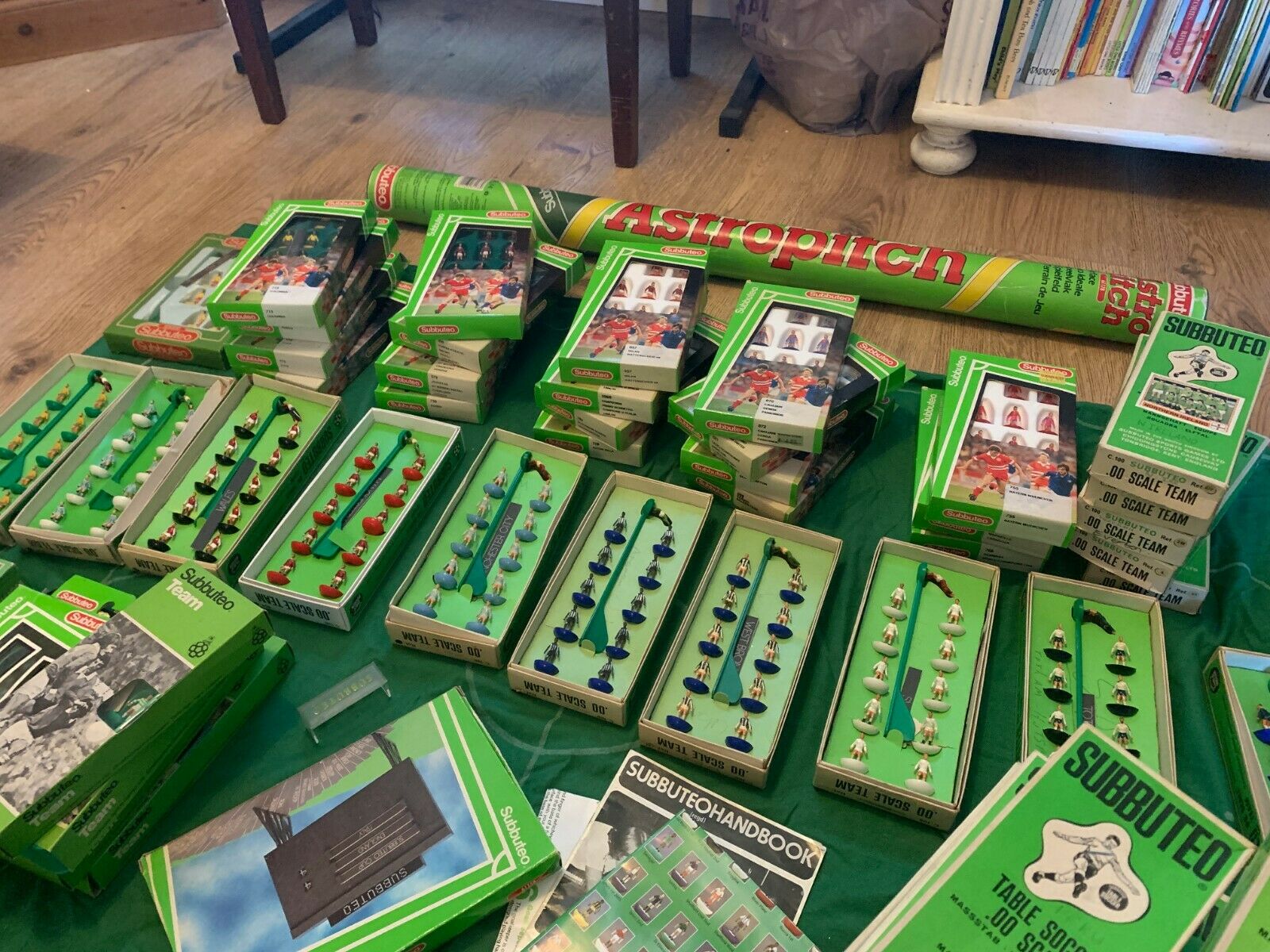 A huge job lot of Subbuteo has appeared on eBay with a hefty price tag.

Subbuteo has been increasing in value in recent months but the latest big-ticket job lot is likely to be a stretch for most people’s budgets.

A seller has listed 77 Subbuteo teams and a host of accessories for £1,500 – or £71 per month for two years if you want to pay using instalments.

The price is clearly very high and at first glance does not represent great value. But is there an argument to be made for the optimistic seller? After all, it’s very rare a listing comes with such a comprehensive list of information.

According to the tidy spreadsheets and lengthy description the job lot does have a few gems.

The League Cup trophy, the holy grail for many Subbuteo collectors, is worth up to £100 on its own, while astro pitches will fetch close to £50 on eBay from buyers.

A lot of the teams are old heavyweight sides and while many are simple English sides there are Celtic, Rangers, Barcelona, Ajax and Real Madrid. Older international sides include Belgium away, Czechoslovakia, East Germany, Peru and Yugoslavia.

The collection of teams also includes a handful of lightweight sides such as Fiorentina, Calgliari, Lazio, Napoli, Russua, Cameroon and Bayern.

Sadly, eight of the teams are not complete or have broken players but there are some unboxed teams too. That leaves just 64 complete teams.

Extras in the job lot include Jules Rimet, Champions League, FA Cup and European Competitions trophies and a handful of handbooks and accessories – although there are no goals or stands included in the listing.

The listing is the most expensive Subbuteo on eBay and is unlikely to sell at that price. However, it is better value than the second-most expensive listing of 19 heavyweight sides at £1,025 – a listing that has remained untouched for over a year.