Clubs are usually judged by their greatest teams, by the players who thrilled and entertained while donning the club’s shirt.

Brazil’s stunning football of 1970 will forever be etched in memory, as will Ajax’s technically brilliant class of the 1970s.

Think Liverpool’s team under Bill Shankly, Spurs’ ultra-attacking teams of the 1960s, the Arsenal Invincibles – all clubs have a team they adopt as their ‘philosophy’.

Many of them get names; Everton’s School of Science, the West Ham Way.

However, very few of them were as recent as Newcastle United’s incredible entertainers of 1995/96.

People argue constantly about the size of Newcastle. Is it a small club? A big club? A giant club? None of that should really matter, because for many people of my age they are a club loved by all football neutrals because of that one season.

Everything about it was so nearly perfect. The team was likeable, with very few ageing stars and plenty of up-and-coming players on the verge of the national team.

The defence of John Beresford, Darren Peacock, Steve Howey was bolstered by Warren Barton from Wimbledon, while cameos from Steve Watson and talented Belgian Phillip Albert completed a strong squad.

In midfield Rob Lee was a goalscoring colossus, aided by the bite and guile of Lee Clark. In Keith Gillespie and mercurial winger David Ginola Newcastle effectively had four attackers on the pitch, capable of supplying cross after cross to the deadly Les Ferdinand, who scored 25 goals.

Peter Beardsley was the only proven veteran, a beloved figure in the game and the perfect second striker alongside Sir Les.

Until the dramatic collapse towards the end of the season and Kevin Keegan’s infamous rant, Newcastle simply blew the league away with attacking, fearless football.

But that wasn’t all. The great Newcastle side also benefited from one of the greatest kit designs and sponsor combinations of all time.

The iconic black and white stripes also included a bold Newcastle Brown Ale logo with a star and Newcastle skyline motif dominating the shirt. It’s an absolute classic and one even non-Newcastle fans remember fondly. 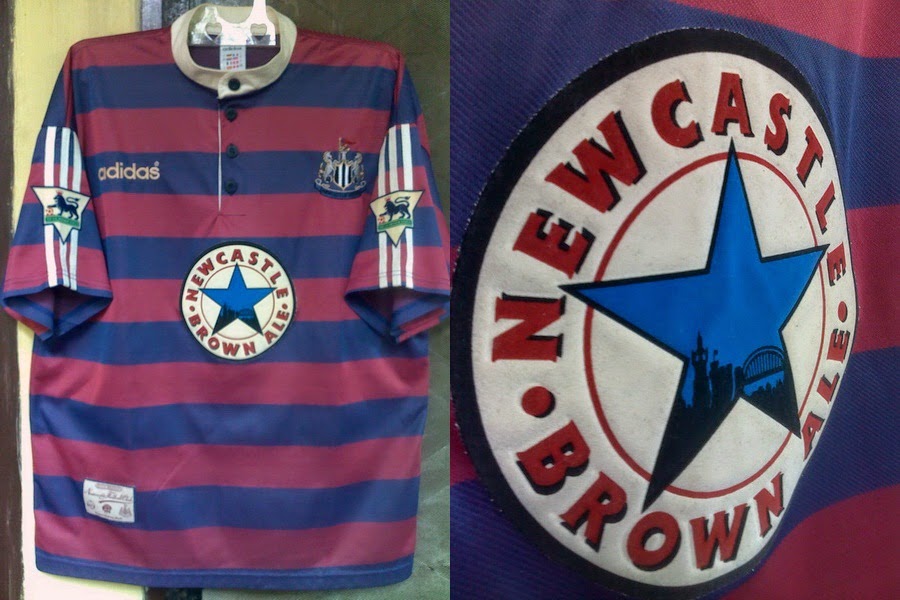 The away kit was even better. Hoops of purple and pink were instantly popular and has even influenced the away kit this year by Puma. It says a lot when a rival manufacturer actually uses the original design of a rival (Adidas).

All this makes it even better that Subbuteo did make a version of the kit – albeit without the famous sponsor logo. 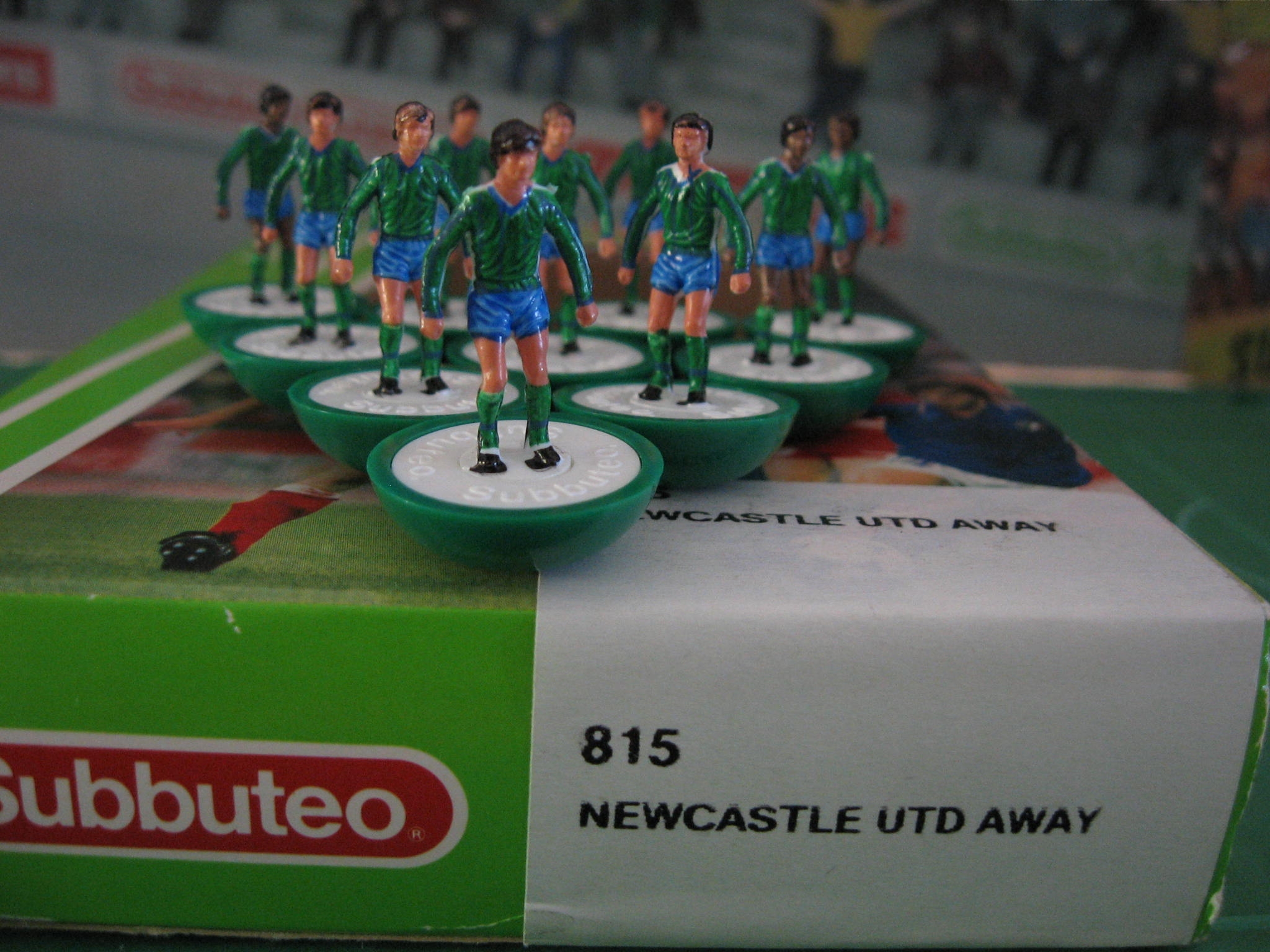 The 1995 Newcastle away kit (reference 815) is one of the rarer lightweight teams of the 1990s and as a result does attract high prices of around £35 whenever I’ve spotted one.

But until writing this article I had no idea Subbuteo DID create the classic kit – despite us reporting they did not. Thanks to @westhamcanada on Twitter who provided a picture of a team Subbuteo produced in 1996 to celebrate the brilliant Newcastly side.

In 1980 a yellow shirt with green shorts was released as reference 134, named as Newcastle away and Zebbug Rangers of Malta. 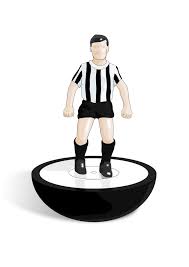 A couple of years later the stunning blue shirt with curved red and white stripes (reference 196) used for Dundee in Scotland was also named as Newcastle away.

In 1991 reference 727 represented Newcastle’s home kit, although the colour of the trim on the socks changed depending on which year it was sold. In 1997/98 Newcastle Brown Ale first appeared as a sponsor – two years too late for the vintage side.

You can get a Newcastle Subbuteo team from eBay for less than £10. You can get the classic Newcastle kits here.