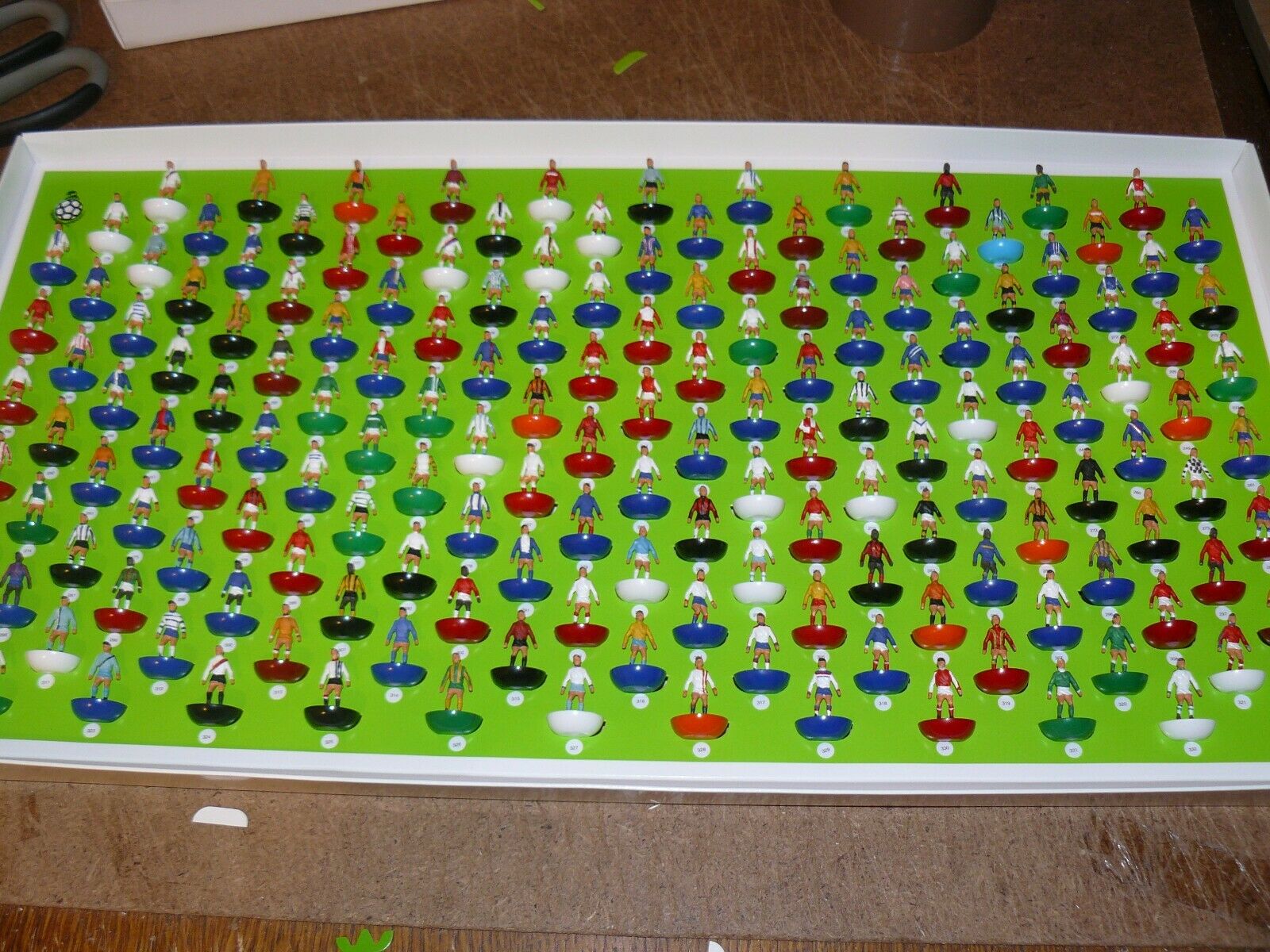 When Subbuteo was first launched it was a mail order business. Many of the first buyers bought the game before founder Peter Adolph had even built a prototype.

Even when orders flooded in for the game after magazine advertisements Subbuteo remained mail order for a long time before shops decided to take the plunge and stock it.

That decision probably cost them a bit of money – because by the time shops were queuing up to stock Adolph’s hit game it was being played in living rooms across the UK in huge numbers.

Shops quickly did stock Subbuteo and from the 1960s many featured a beautiful display featuring a player from all the teams available to buyers. As more teams were requested the Subbuteo catalogue grew and these displays can often fetch ludicrous sums on auction websites.

One seller has come up with a nice solution to the popularity of the humble Subbuteo shop display by painting the first 332 Subbuteo reference numbers and displaying them in the traditional green box.

The players are not original Subbuteo players. Instead they are carefully painted Top Spin figures. But the hand-painted charm of the original teams remain and the display, which is so large it takes up to separate parts, is a nice idea and looks spectacular with each heavyweight team lined up.

However, the Subbuteo collection does not come cheap even if it does not include original players. It is priced at £160 per half of the display – coming in at over £300 for the entire thing.

Given labour costs and the nice presentation it is not too outlandish a price. And at the very least it gives Subbuteo fans a nice bit of inspiration for their own displays.

There is an added bonus that this particular display is painted by Paul Lloyd, probably the top Subbuteo customisation artist around. He has painted hundreds of modern and classic teams in Subbuteo and has a huge fan base in the community.

You can see the listings here and here.