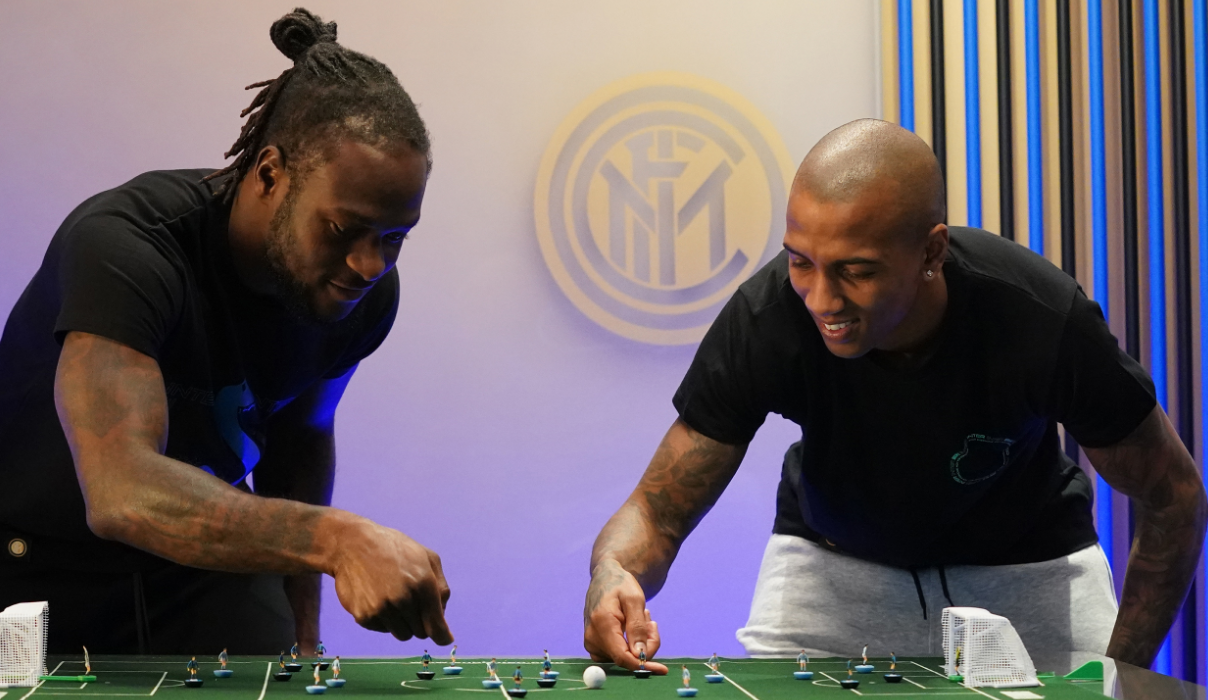 Ashley Young is terrible at Subbuteo and here is the proof

The former Manchester United winger is the star of a new advert at new club Inter Milan where he showcases how not to play Subbuteo.

The advert for Inter’s dedicated Amazon page features the club’s stars holding various toys and merchandise only to see them disappear before their eyes. The fun advert features former Premier League stars Victor Moses and Ashley Young having a game of Subbuteo.

However, there is a problem. And that is Ashley Young’s frankly appalling Subbuteo technique. He is seen pushing the players around with the side of his finger and to be honest, it’s a relief when the entire set disappears so that he can do no more damage to his reputation.

Subbuteo is supposed to be played by flicking the players with the nail part of the index finger, and without using a thumb to increase power. If Ashley Young is going to settle in Italy, where the game still enjoys immense popularity, he will have to learn quickly.

He could even ask rival goalkeeper Gigi Buffon, who himself is a huge Subbuteo fan and collector and has appeared in Subbuteo adverts in the past.

On the plus side, the advert is showcasing a new Inter Milan collector’s edition of Subbuteo. The stylish box set features a stunning classic Inter Milan kit on the front, as well as an Inter Milan team and another inside.

It is the latest ‘special edition’ box set to come from Subbuteo after previous versions for top Italian clubs such as AC Milan, Juventus and Napoli. While the boxes themselves are impressive designs the insides use bags instead of box inserts to hold the pieces.

As a collector’s edition the sets have proved popular with Subbuteo fans and they can now get them direct from Amazon as part of the new Inter Milan store.

It does not come cheap though. It is priced at £37 for UK buyers here.