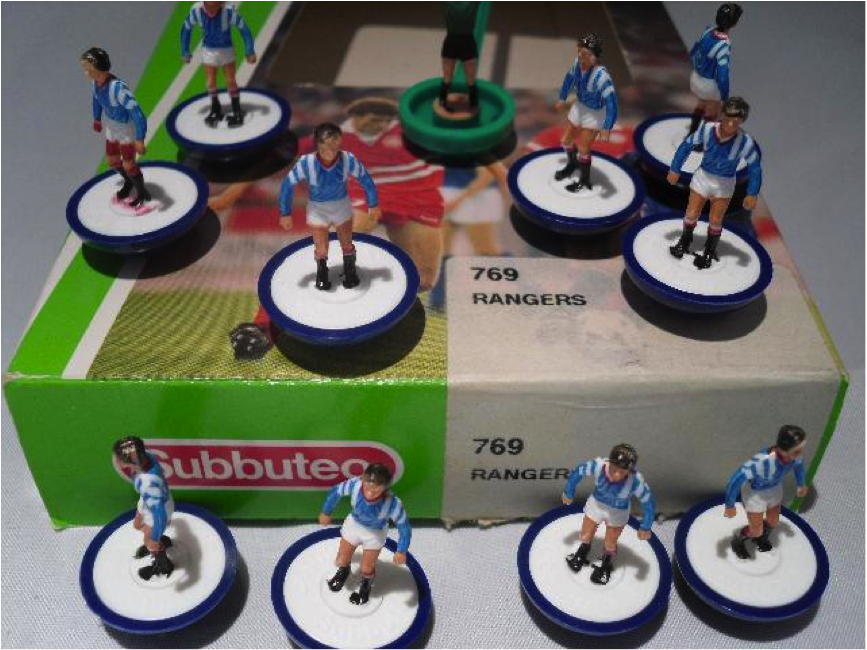 Has the internet spoiled the beauty of collecting Subbuteo?

The days where you could walk in to a shop and uncover a previously unseen Subbuteo team are long gone.

That is of course unless you stumble across a previously loved but discarded lot in a charity shop somewhere.

My age means my recollections of seeing Subbuteo on the shelves are hazy, and probably restricted to a few Hasbro teams in Toys R Us.

It had me thinking – has the internet spoiled the beauty of collecting?

If I had the financial power to, I could in theory buy every team that I’m looking for right now with not much effort – that is the La Leggenda, Vintage and PLG/Netcam series from sites like Subbuteo World, Mad About Games and We Are Games.

There was a time a couple of years ago when I would order the teams as soon as possible when they were released.

At least the internet means documenting teams is easier, though you wouldn’t have thought that given the way that the new released Subbuteo collection has lacked any real reference numbers and organisation.

For those still collecting the vintage Subbuteo, buying off eBay can be a minefield given the presence of re-paints from chancers trying to exploit the market.

But I’m sure that gets nowhere near the beauty of uncovering a team you needed in a shop, newspaper or otherwise back in the day.

What are your memories of collecting Subbuteo?