Subbuteo has thousands of teams and hundreds of accessories to buy.

These are some Subbuteo accessories that have held their value well while others are so common they are worth pennies. If you are digging through your attic these are the must-have items it is worth holding on to.

If you have any of these then you have some of Subbuteo’s rarest accessories – and if they are in one piece you should expect plenty of interest if you are looking to sell.

Every Monday we trawl eBay for the best and worst Subbuteo deals. This week we take a look at the easily breakable Subbuteo accessories that you rarely find in one piece.

The Subbuteo scoreboard with lights 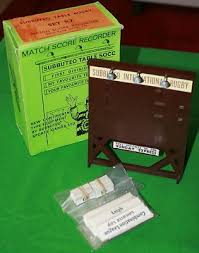 Subbuteo scoreboards are the cheapest and least rare accessories around. Available in a couple of variations, you can get a scoreboard for a couple of pounds and even the best-kept examples will not go for much more.

The large, bulky modern scoreboard comes in Euro 96 variations but is still not worth a lot. It’s also oversized and doesn’t look great in a Subbuteo stadium build.

However, the older scoreboard complete with Daily Express sponsorship is a nicer option and if you have one with three key features it is worth a little more money. If your scoreboard has the three lamps still attached it is more sought-after – and can fetch up to £15 according to recent eBay auctions.

This is because the lights tend to break off over the years and that makes a scoreboard in one piece a rare accessory. There is a scoreboard with all three lamps still attached listed for just £9.99 on eBay, which represents a good bargain for a collector. 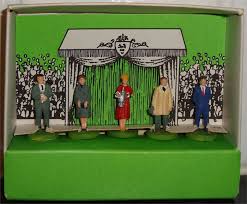 The FA Cup is probably one of the rarest crowd accessories in Subbuteo. I’m not talking about the oversize FA Cup trophy. While that one is a superb Subbuteo accessory you will only have to pay £10 to get your hands on that one.

The Subbuteo presentation set is a common Subbuteo accessory. The cardboard box converts into a trophy presentation suite complete with Wembley-style steps and the figures are all dressed as if they were visiting the Royal box.

Princess Anne is included in the set and in her hands is a tiny FA Cup – the only scale Subbuteo trophy you can buy. Sadly, many of the sets are missing the tiny trophy after Anne lost her grip on it and sets with the silverware intact are currently being listed at £30 on eBay. 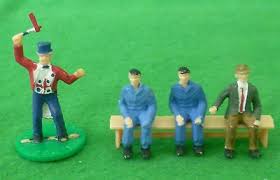 Ken Bailly was an England mascot sold in a Subbuteo set and given away to fans who attended England vs Portugal at Wembley in 1969. With his patriotic dress and loud rattle, he is a real life figure recreated in Subbuteo.

He is also fairly common and will sell for a couple of pounds – unless he still has his famous rattle intact and then he will fetch a few more. It won’t make your fortune but it is a rarer accessory if he is in once piece.

You can’t currently buy a Ken with his rattle but the smart little bench set is currently listed at 99p. 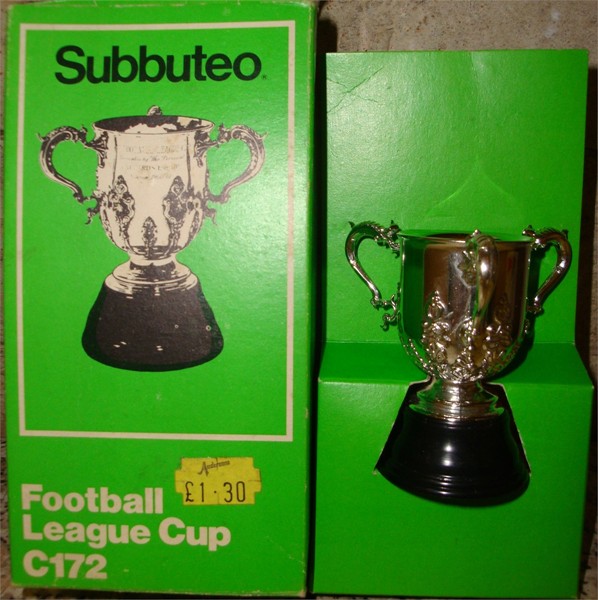 I’ve written a lot about the Subbuteo League Cup. The fact it is a bit more brittle than the other trophies because if its three handles makes it a rarer accessory to find in one piece.

The fact it was made in smaller numbers and barely sold abroad means it is the rarest of the Subbuteo trophies and will often fetch upwards of £70 on eBay. If you’re raiding the attic for your old Subbuteo do not discount this one – for many it is the Holy Grail of Subbuteo accessories. Especially if it has all handles intact.

There is a Subbuteo League Cup listed on eBay. It is at £34 with 16 bids at the time of writing. It will not stay at that price.

Mo Salah has finally got his own official Subbuteo team