Home Collections Is this the biggest rare Subbuteo collection in the world?
Collections

Is this the biggest rare Subbuteo collection in the world?

Here at Subbuteo.Online we love seeing the Subbuteo collections of fans of the best table-top game in the world.

Rarely do we see a collection as extensive as one shared on Twitter by Italian collector Luigi, who shared an incredible selection of Subbuteo teams, accessories and box sets in a Tweet this week.

We asked Luigi for permission to share the collection here and were stunned to find out these pictures are actually six months old. He has since added around 30 teams to the shelves in what is one of the most impressive collections in the world.

The incredible images show hundreds of Subbuteo heavyweight teams including some rare World Cup team box sets, along with what looks like a full set of Subbuteo trophies including the holy grail for many Subbuteo fans – the rare and valuable League Cup trophy. 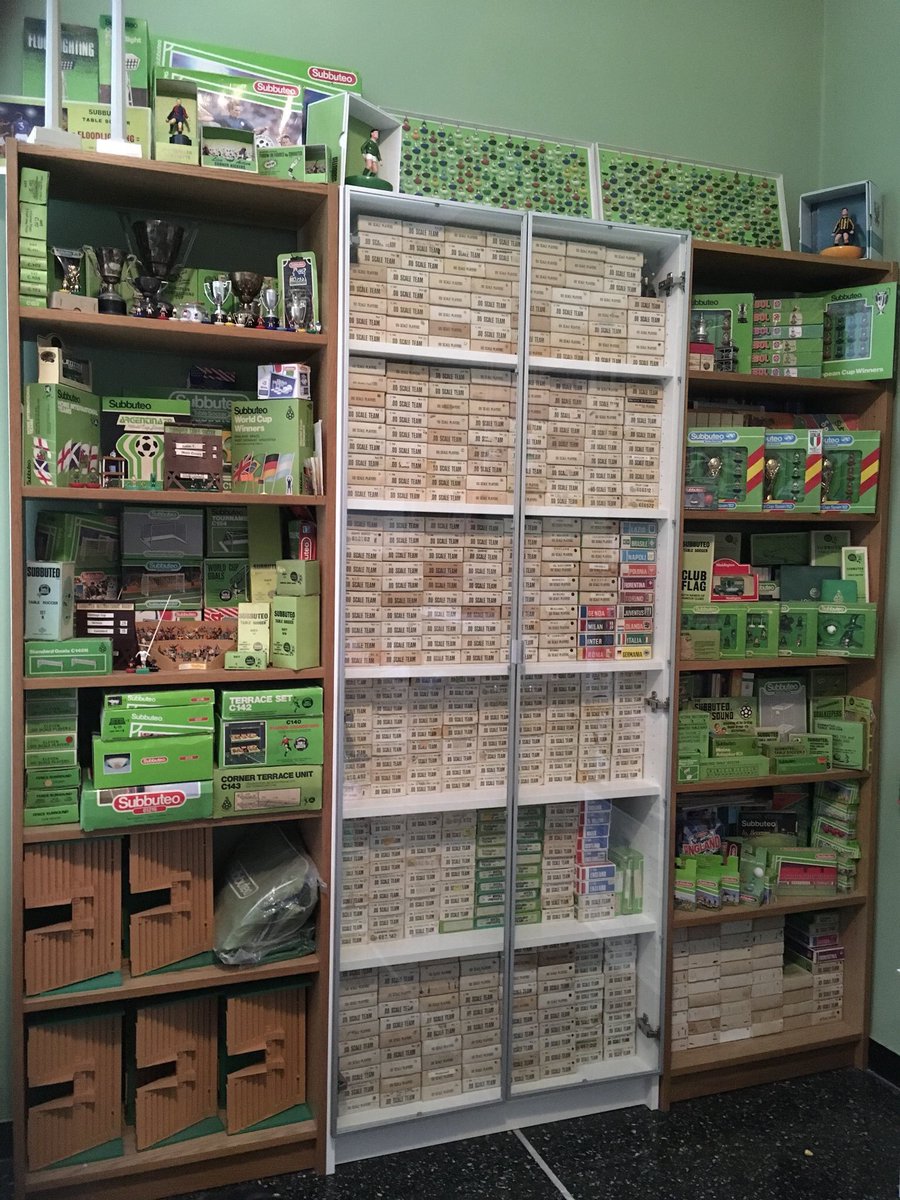 Luigi says it is actually around 600 teams and all but 54 of them are heavyweight – making this a collection that is surprisingly close to being a complete set of heavyweight Subbuteo teams.

What else did we spot in the vast collection that could be of interest? A pristine-looking Argentina 1978 World Cup box set is something we have never seen before, while the Waddington’s Subbuteo model car is another rarity.

There are old-style terraces and check out those wonderful individual player displays featuring hundreds of heavyweight figures.

Hidden away is also a Subbuteo Sound LP, the vinyl record featuring Subbuteo players as cover art and selling for over £50 when it appears on auction websites.

Thanks to Luigi for putting up with our very poor Italian to tell us a little more about the collection and sharing the pictures for Subbuteo fans across the world to pine over.

A huge rare Subbuteo collection is up for sale on Twitter