The box set is sold only in John Lewis stores and online and has a box designed to bring back memories of classic Subbuteo box sets. The vintage design features the traditional blue and red Subbuteo players and even a Roy of the Rovers-style depiction of players.

At a pricey £32.99 the box costs around the same as a new Subbuteo set but inside things are a little different.

The teams are based on classic Italy and Brazil teams instead of the usual red and blue options. They are modern players on Hasbro bases much like the lightweight Subbuteo currently on the market.

You also get a single ball, some goals and a pitch – although reviews suggest the pitch itself is a little bit cheaper and thinner than the classic baize or modern astroturf offerings. 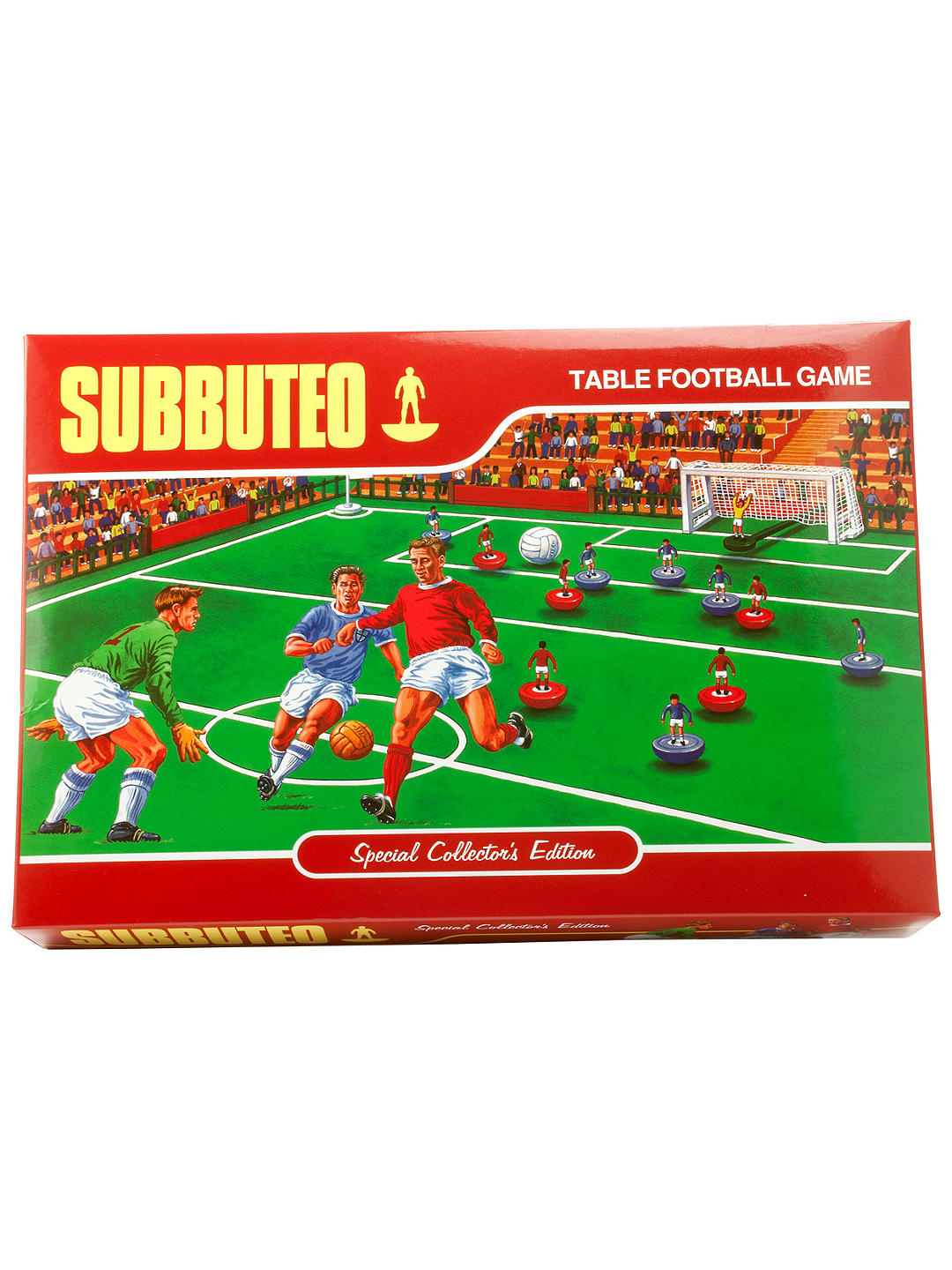 Reviews also show the box does not have the classic Subbuteo cardboard insert and instead the teams are bundled up in plastic bags.

The blurb says: “Inside the stunning retro box, you’ll find all the pieces far more detailed and durable. The act of gluing a player back to their base over-and-over again is firmly consigned to history with the new players’ strong and flexible construction. The pitch comes with more lustre than ever, so your teams will move quickly, accurately and smoothly.”

The box is a nice collector’s item and a good stocking filler or starter set for Subbuteo fans.

It follows a similar edition sold in Marks and Spencer in 2009, which was sold for only one year and as such enjoys some rarity value. A set recently sold for around £40 on eBay while one ambitious seller has an unopened box for £100.

You can buy the John Lewis set here. John Lewis also has a Subbuteo trading card game on sale for £6.99 in time for Christmas.