The massive Subbuteo job lot of 42 heavyweight teams sold for an incredible £850.

The item, which we reported was had attracted more bids than any other Subbuteo items on the auction website, was subject to a flurry of last-minute bids.

The eventual price of £850 is a hefty one given the teams are not even shown on the picture but at around £20 per team and with a box set and grandstand thrown in it could still represent good value for the buyer.

In total there were 55 bids on the item from 13 bidders across the seven-day auction and plenty of people were watching the action via Twitter.

Amazingly, the items were listed with a starting price of just £9.99 by the British Heart Foundation, which indicates that this lot was actually from a donation to charity.

Other big Subbuteo lots to keep an eye on include a lot of 19 heavyweight teams currently on £79. The teams are not named but seem to be fairly standard heavyweight sides from the 1990s. There are currently three days left on the bidding. 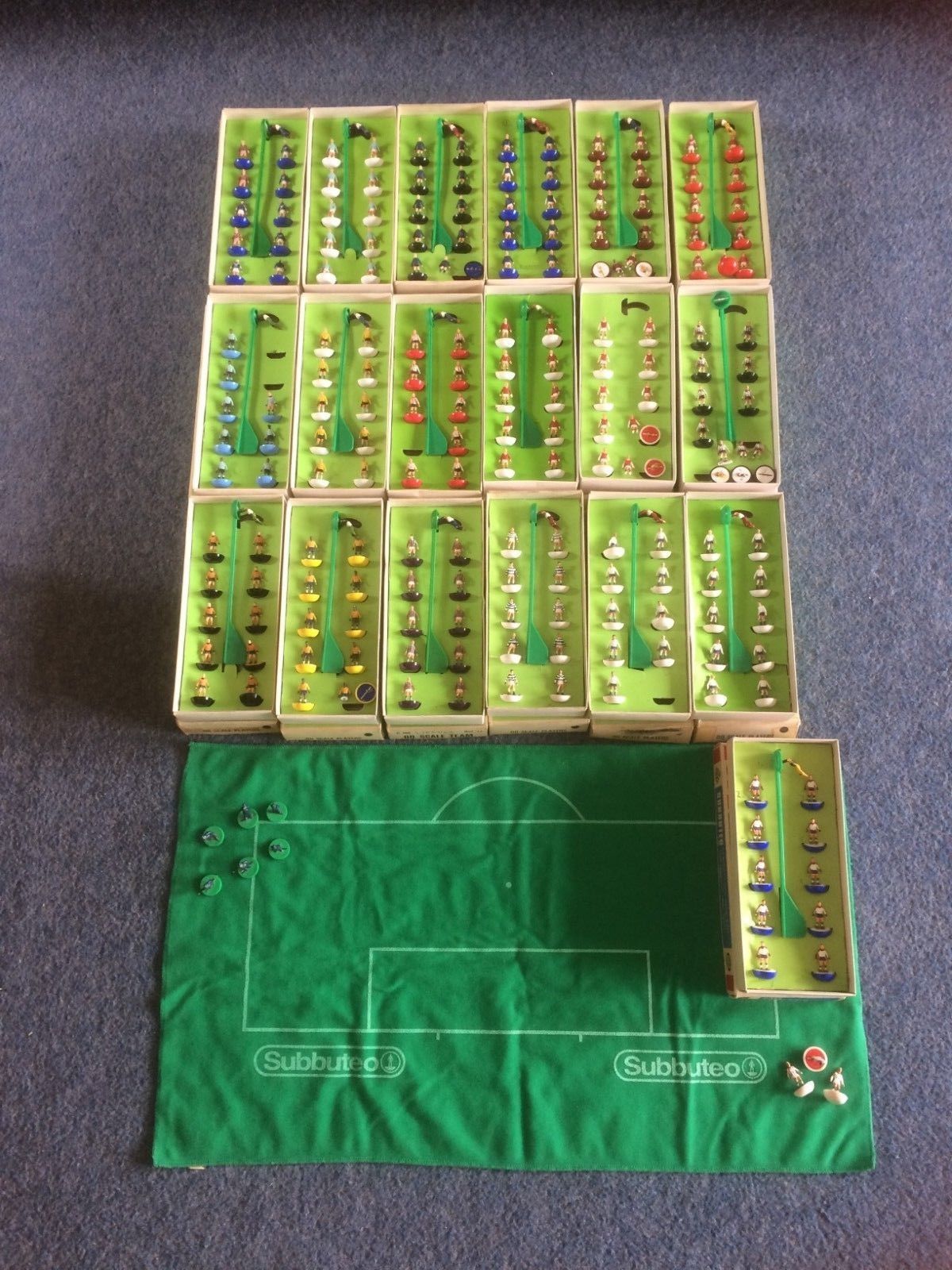 Meanwhile, an incredibly ambitious seller has also listed 19 heavyweight teams for sale – at a price of over £1,000! The listing has been around for several weeks now and the lack of interests suggests the buyer will eventually rethink his strategy.