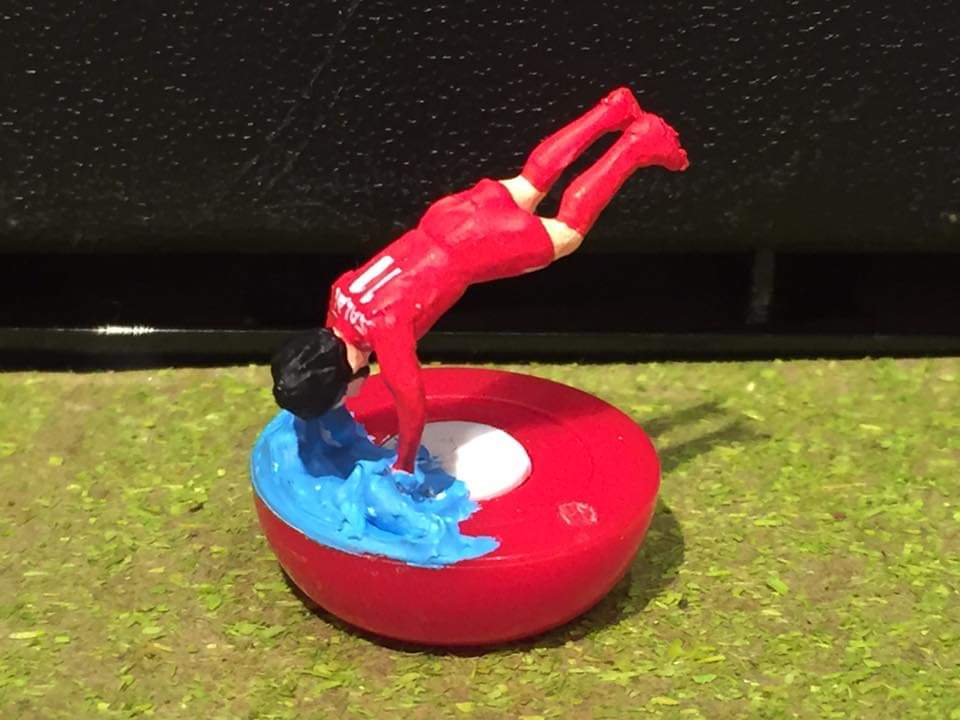 Mo Salah has been recreated in Subbuteo – but Liverpool fans will not be happy with the depiction of the Egyptian international.Watsies Subbuteo Art, famous for his superb Subbuteo recreations of real life football stars and moments, has painstakingly recreated Salah in the style of the famous game.

However, his Salah is actually upside down and diving into what looks like water in a nod to the diving controversies surrounding the Liverpool star.

The tongue-in-cheek creation depicts Salah as somebody who falls over easily after controversy over his dive against Crystal Palace in Liverpool’s thrilling 4-3 win.

Salah also made headlines by going down easily to win a penalty against Newcastle but escaped punishment twice.

The superstar is one of the best footballers in the world so it is unlikely diving accusations will affect him or his game as Liverpool continue to impress at the top of the Premier League.

However, the detailed Subbuteo recreation is a bit of fun and should entertain fans of other clubs.