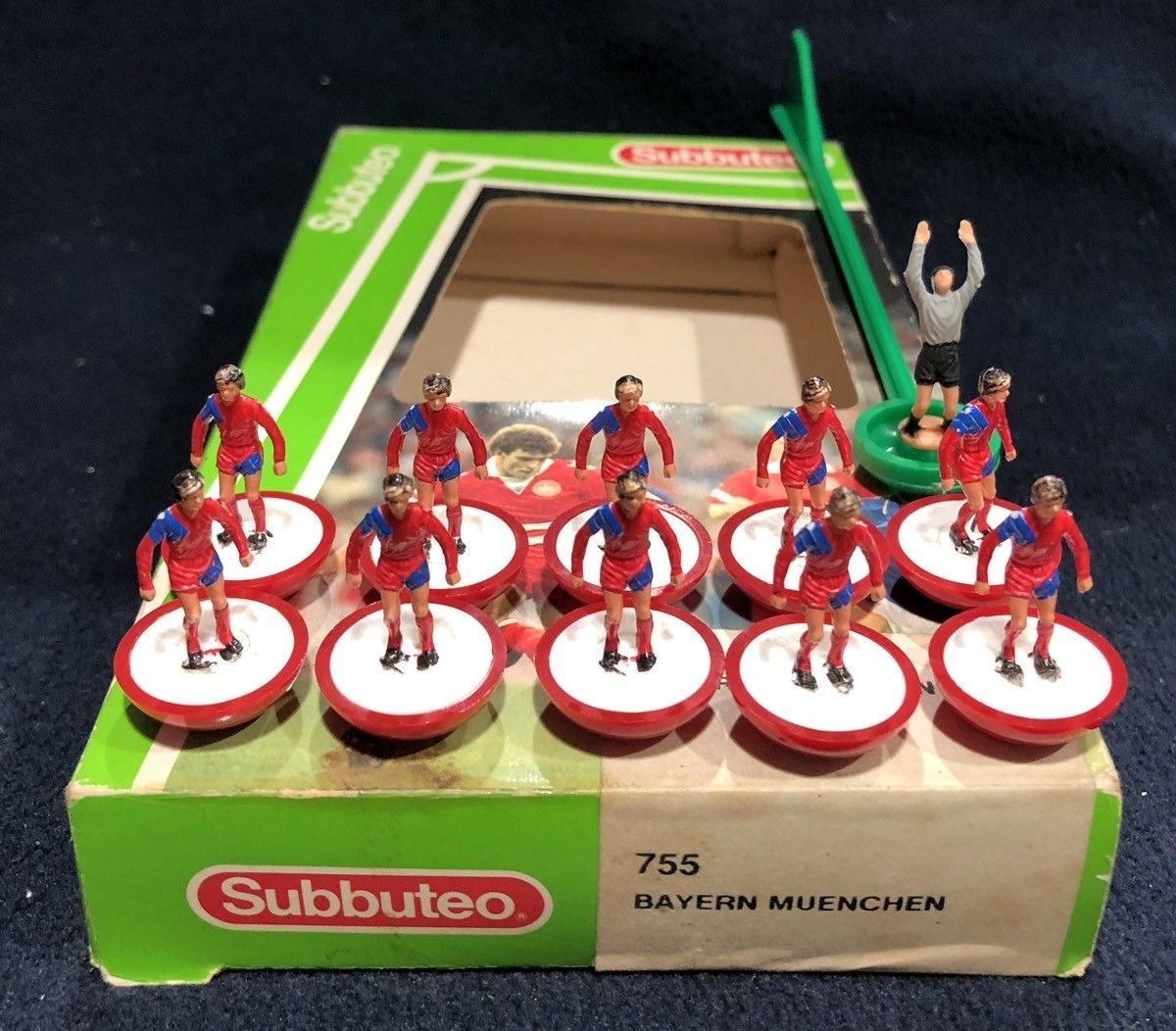 Bayern Munich are one of the world’s best football teams and they have dominated the German Bundesliga for decades.

But if you have a Bayern Munich Subbuteo team there is a very big chance it is now completely out of date and its all because of an announcement made today.

It is no surprise the club was represented in Subbuteo almost from the beginning, with reference number 19 doubling up as Bayern Munich as well as Crystal Palace. The blue and red stripes were used again for reference 214 before the more detailed kits from the 1990s arrived. The first was the classic Adidas kit with three blue stripes over the shoulder, followed by a more traditional blue and red stripes kit in the late 1990s under Hasbro.

Earlier on Aberdeen’s all red kit (reference 41) was used as well – and this is the only one that is now an accurate representation for modern Bayern Munich.

Today Bayern Munich has officially announced it will not longer use blue on its home kits. After consultation with its fans the club will now only use the more traditional red and white colours for the shirts, shorts and socks in its home kits from now on.

Jörg Wacker, board member responsible for internationalisation and strategy, also has responsibility for the department of merchandising. He says: “FC Bayern München AG has been in conversation with fan representatives about the use of club colours in kits. For fans, kits represent an important sign of identity with their club. FC Bayern München AG has thus announced that in future, only the club’s traditional colours of red and white will be used in official match clothing – that is the home kit comprising shirt, shorts and socks. We will also stay in regular contact with fan representatives in relations to kits.”

Of course Subbuteo fans will not care that older teams don’t match the kits of the modern ones. If anything it adds to the nostalgia of collecting and playing Subbuteo. It even makes the kits rarer given they will no longer be made with blue on them.

It will now go down as just another historic quirk of Subbuteo and the colourful kits that inspire so many fans of the games.