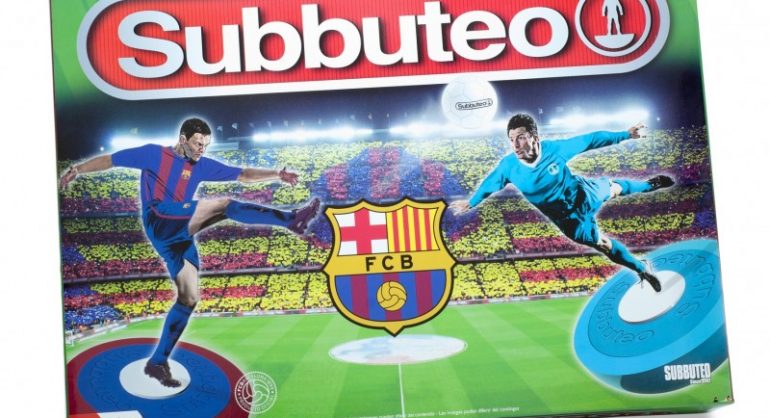 A pair of new Subbuteo box sets have been launched for 2020.

Subbuteo World, a UK seller of new and old Subbuteo, has revealed Barcelona and Real Madrid editions of the game using the kits of the current season.

The box sets are similar to older versions but have new box artwork and new-style players with updated kits.

The Barcelona box is almost identical to the set previously on sale but the cover art has been updated to feature the Croatia-style chequered pattern the club has adopted for the first time for its home kits.

The team inside the box also feature the new kit and the players are similar to the new, chunkier players launched with the recent new England box sets.

According to UK importer University Games, “No longer do players need to be glued back together having broken from the base yet again. The new generation of players are stronger with far greater flexibility and have been produced in exceptional detail. The Subbuteo players sport the FC Barcelona home kit and feature different colour football boots and hairstyles.”

The images of the box set show a yellow away team for the Barcelona set.

The players in the Real Madrid set look more detailed than the Barcelona counterpart, with the club’s sponsor, Fly Emirates, visible on the players’ chests.

It also includes detailed Adidas logos and the Real Madrid badge in the most detailed of all the new Subbuteo teams launched this year.

However, the second team is a bland red side, perhaps designed to mimic Liverpool.

The two new box sets are priced at around £40, slightly more than the original price of the England box set.

You can get them now on Subbuteo World.