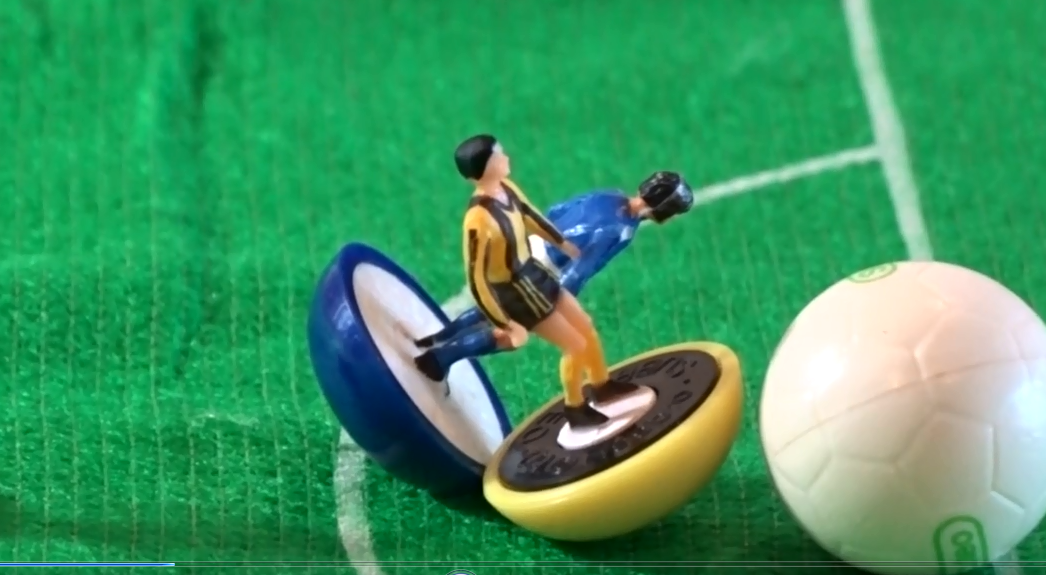 Nike’s Parklife advert from 1997 is one of the greatest football adverts of all time.

Filmed on the famous Hackney Marshes playing fields, it featured Premier League footballers playing for Sunday League teams, all to the tune of Blur’s Parklife.

The advert was a massive hit. Ian Wright, Eric Cantona, Regi Blinker and David Seaman all starred and the jerky 90s camera work, superb soundtrack and juxtaposition of top footballer and park player was a unique way to sell Nike gear.

It is one of the best football adverts of all time so we decided to remake it using Subbuteo.

The result is, well, different. You can see it below.