The new Subbuteo La Leggenda Platinum Edition has arrived and we have been sent the first pictures of the new set.

Based on the old-style Subbuteo heavyweight range, the first team in the range is the Italian national team – and several more are on their way.

Twitter user @Cristian_Gi_LI kindly sent a first look at the first set in the new Subbuteo part-work, which is available only in Italy with a weekly magazine. The Platinum Edition is a series of the greatest international teams through history and there could be as many as 80 in the set.

Each team arrives with a booklet with information about the great sides and we have a first look at the Italian team, the 1982 World Cup winners. 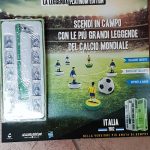 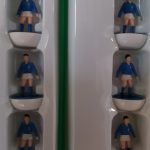 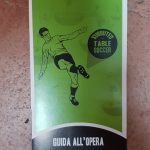 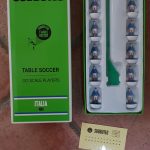 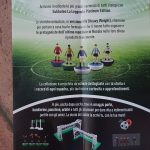 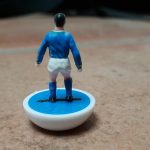 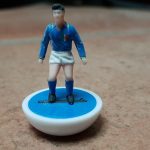 Cristian says: ” Very nice! Very good job about the players and the box! Very similar to an original HW Subbuteo!”

UK buyers cannot order the set as it is licensed and sold in Italy only, so they will have to wait for the La Leggenda Platinum Edition to appear on eBay and other sites.

The next team to be released on 1st September will be Argentina’s great team of 1978, followed by Spain’s 2010 World Cup winners – the first time they have been recreated in the Subbuteo form. Brazil’s 1994 World Cup winners follow and England 1966 is also included in the plans for the range.