If you have an Italian Subbuteo lightweight team from 1981 onwards you may want to take a closer look.

A fun quirk of the Subbuteo range for over 20 years means not all Italian teams are equal. In fact, some rare teams will have a tiny detail that makes them not only more valuable, but a lovely nod to the side’s history.

In Italy the winner of the top division, Serie A, gets the honour of wearing the Scudetto badge the following season. It’s a bit like the golden Premier League badge worn by Manchester City this year, and signifies the champions of Italy.

Since 1981 Subbuteo has produced a wonderful nod to the title-winning clubs by producing teams with a tiny Scudetto badge in its lightweight sets.

If you have, for example, a Juventus team from 1982 you will see the badge on the players of your set.

Amazingly, Juventus are one of the rarest teams in Subbuteo to have the Scudetto badge despite winning titles in seven of the years they were included. AC Milan are next up with five sides to wear the badge. Subbuteo sets based on the 1988, 1992, 1993, 1994 and 1996 sides all wear the Scudetto badge.

Other teams include Roma in 1983. This one was particularly interesting because a team with reference number 476 was specifically created for this title-winning celebration.
The Roma side went on to reach the following year’s European Cup final where they lost on penalties to Liverpool. 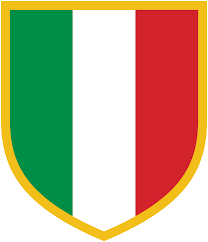 Even rarer will be a Roma second kit, reference 502, that also sports the badge.

Verona’s miraculous title-winners of 1985 and their dark blue and yellow Wimbeldon-esque kit also feature the badge on reference numbers 615 and the away kit 616, while Napoli in 1987 and 1990, Inter in 1989 and Sampdoria in 1991 all feature.

The Napoli set is interesting, as there is even a special edition Scudetto edition based on Napoli’s title winners – an incredibly rare box set with Napoli and a Scudetto-less Juventus included.

So how much are they worth? The Scudetto badge certainly adds a small amount to the value of a Subbuteo team. An Inter side with the Scudetto badge recently sold for over £20, while plenty of other listings on eBay show prices from £30 all the way up to £70.

Italian teams are in high demand anyway, and while these prices seem a bit fanciful (perhaps a reason why they remain unsold) it is true that a Scudetto will add a little value to your set.
For those not looking to sell it is simply a nice quirk of the Subbuteo collecting world and the fun details included in the lightweight range when machine printing opened up the possibilities for Waddingtons.

It is also worth noting that FIFA 19 only got the license to the Scudetto badge this year after securing Serie A rights. That means it’s a few years behind Subbuteo when it comes to the feature.