Most people go up to the attic and find a couple of dead spiders, some water-damaged boxes of books and plenty of dust.

A Subbuteo fan has had a bit more luck when they headed up to the attic and found a treasure trove of incredibly rare and staggeringly-good condition Subbuteo teams.

Eddie got in touch on Twitter when he dusted off his old Subbuteo collection and kindly shared pictures of a haul that will have most Subbuteo fans drooling.

The collection includes a pristine box set containing balls, goals and a Subbuteo team colour poster that looks almost brand new. The Italia 90, Adidas Tango yellow and orange, Umbro and Mitre balls are a special collection on there own – and that’s before we get to the teams. 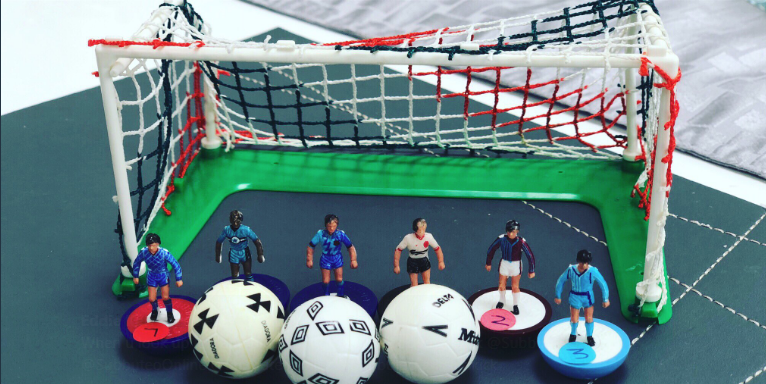 The lightweight teams are in almost new condition and include rare Coventry, Newcastle away (note that Newcastle Brown sponsor!) and Villa sides.

The star of the haul is the USSR star team and famous red shirt with CCCP sponsor – the team can fetch high sums on auction sites and is one of the more famous and most sought-after Subbuteo teams.

There is also a nice Scotland second team (ref 710) that can fetch upwards of £25 on eBay – that’s the one with blue and yellow stripes with a yellow base insert. 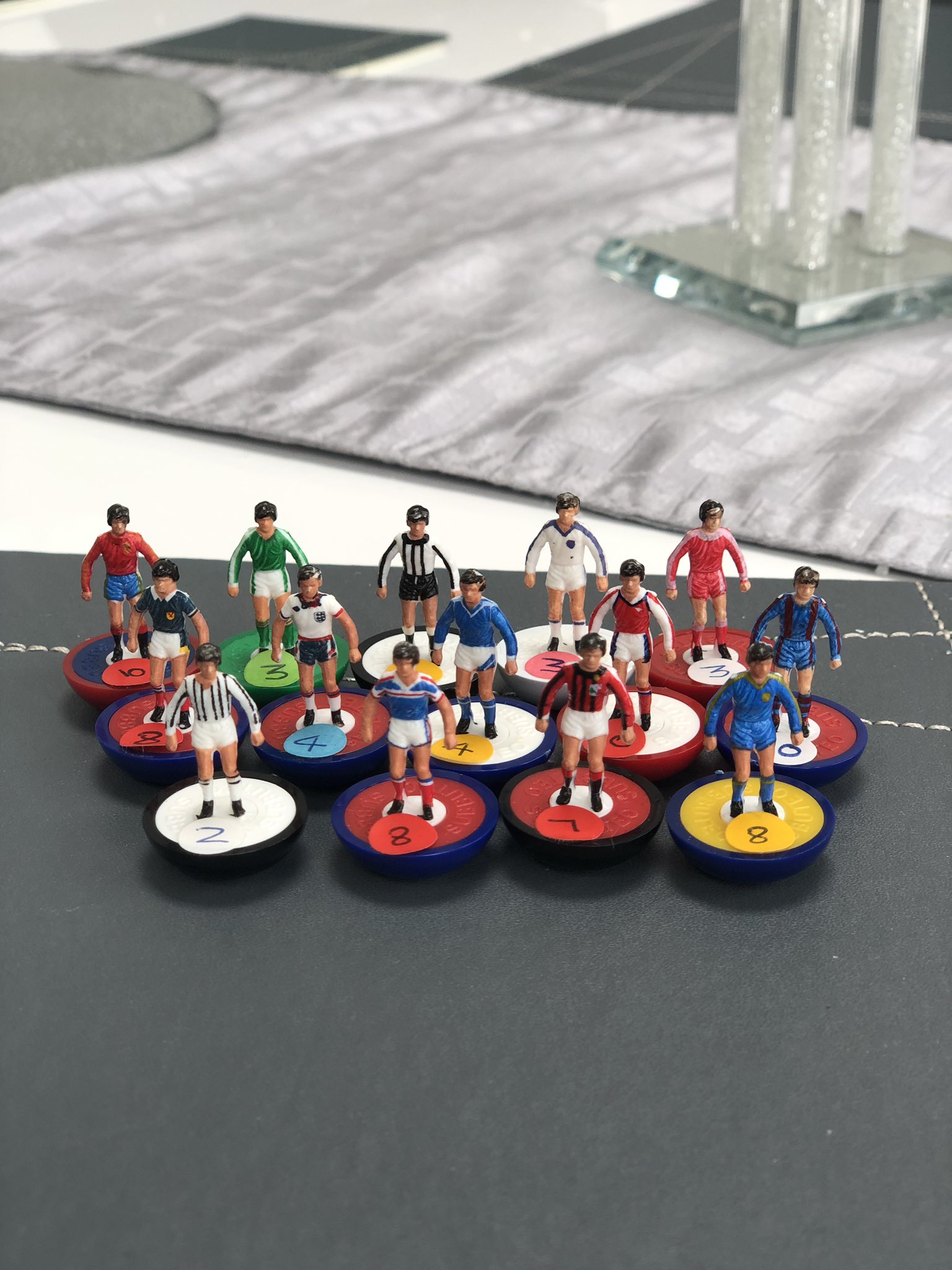 Another box of teams revealed plenty more gems including France, England and Barcelona teams as well as a nice AC Milan complete with Scudetto badge. You can find out more about those teams here.

According to Eddie the find helped the Subbuteo collection memories come flooding back and left a ‘big, cheesy smile’ on his face.

We can absolutely understand why when he has such a mint condition lightweight collection. Thanks to @Eddiek6767 for sharing. 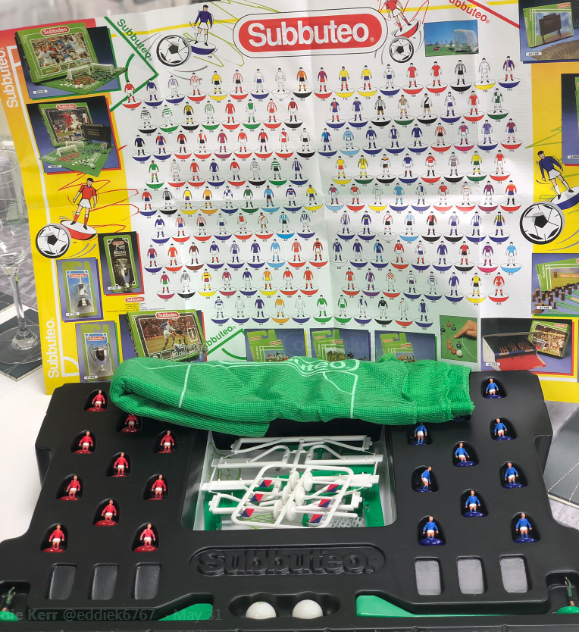