It is unsurprising that six-time European Champions Liverpool have fans across the globe.

As the Reds dominated Europe in the 1970s Subbuteo was hitting its peak with millions of players around the world. Which makes it even less surprising that at least one fan has tried to recreate Anfield in miniature form.

However, very rarely do we see a Subbuteo stadium that really captures the atmosphere of Anfield under the floodlights. Italian Liverpool fan Gabriele Maffei kindly shared his Subbuteo stadium with us – and it contains more than a nod to the famous stadium.

While not an exact replica the stadium has plenty of little features that point towards Anfield Stadium. The stands are named after the stadium including the Kop, the Kenny Dalglish Stand and the Anfield Road End.

There is also a nice graphic behind the goal with the club’s motto You’ll Never Walk Alone, along with red and white striped nets and even advertising hoardings featuring one-time Liverpool kit sponsor Carlsberg.

The stadium includes a miniature ‘This is Anfield’ sign with the old Liverpool badge, making it identical to the one the players touch in the Anfield tunnel. A modern Sky Sports box is also included in the design. 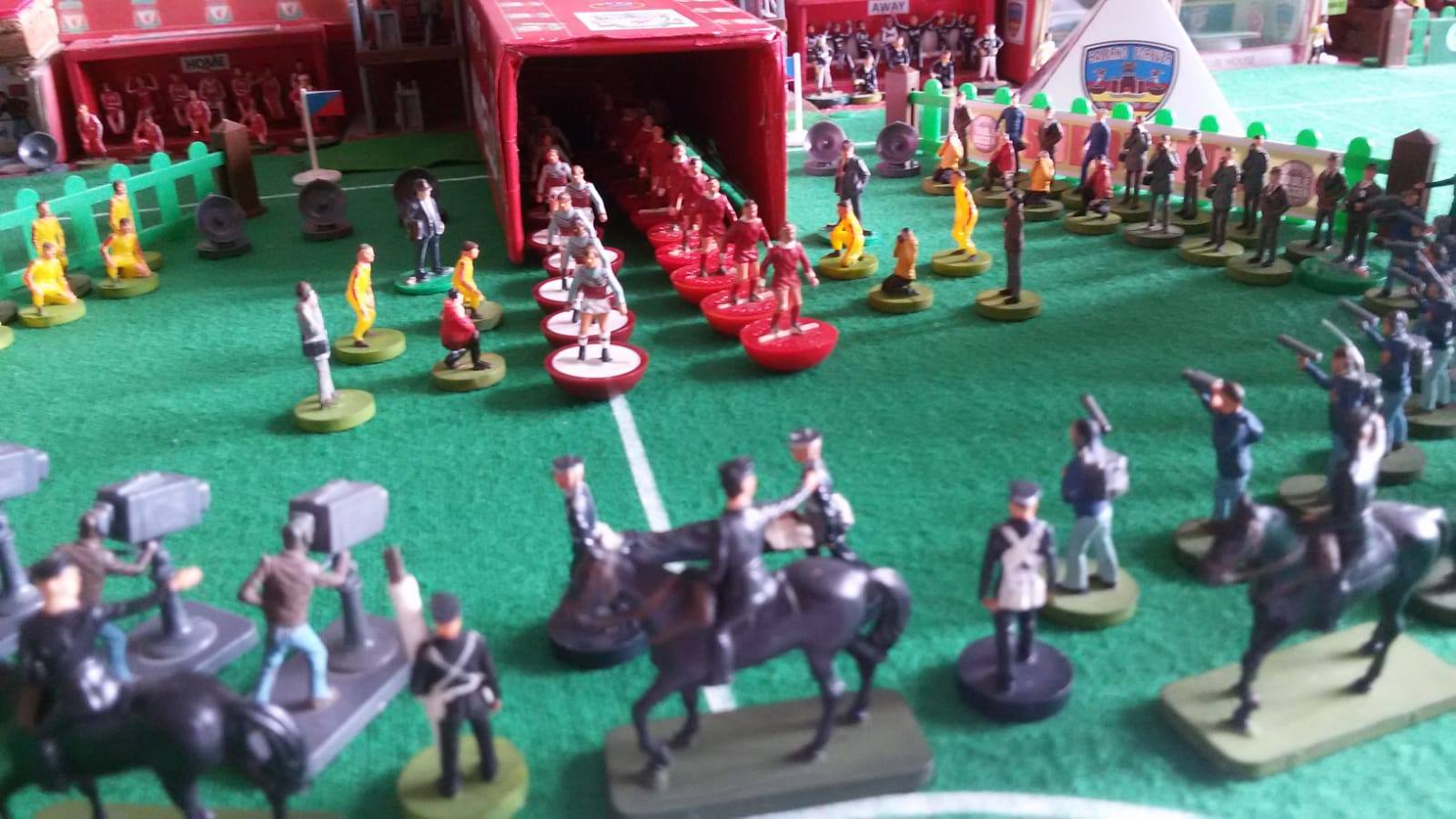 A final nice touch comes in the dugouts, where the manager and trainers are wearing red tracksuits that look exactly like those worn at Anfield down the years.

The tight, compact stadium is not a replica of Anfield but is a superb atmospheric Subbuteo stadium with plenty of features that will make Liverpool fans smile. 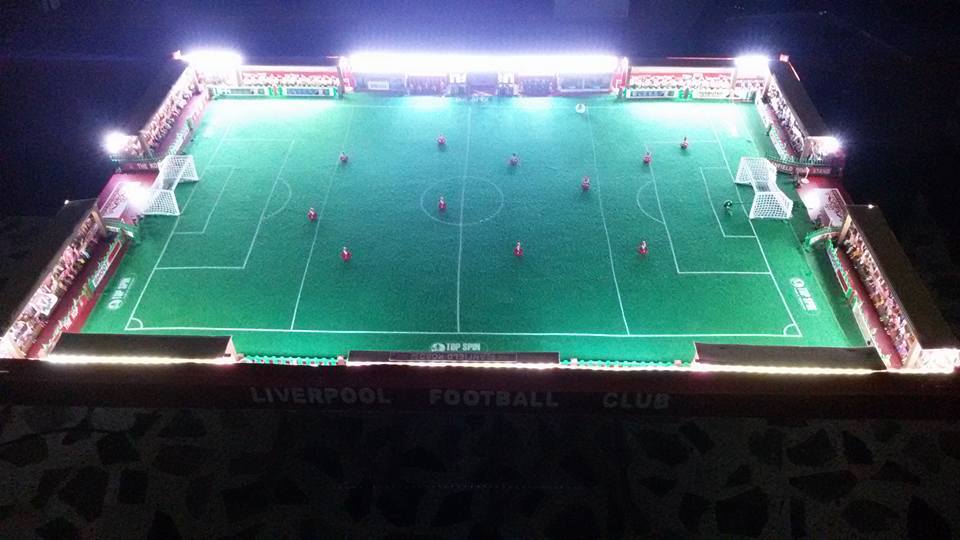