A Subbuteo set dubbed one of the rarest, largest and most expensive ever made has been sold on auction website eBay for a bargain price.

The 1981 Subbuteo World of Sport Compendium is the Holy Grail for many Subbuteo collectors because it combines four full Subbuteo box sets in one commemorative box.

A version of the set, which includes the Football Stadium Edition of Subbuteo complete with Jules Rimet trophy and grandstand, Cricket Test Match Edition and the Rugby Edition, has sold for £760 to one lucky bidder.

The seller, from South Shields in the UK, listed the incredibly rare collector’s edition in August this year and it was quickly snapped up – and with good reason.

The Subbuteo World of Sport Compendium brings all of the sets together in a striking presentation box and is widely regarded as the biggest and best box set ever produced at the height of Subbuteo’s fame in the early 1980s. 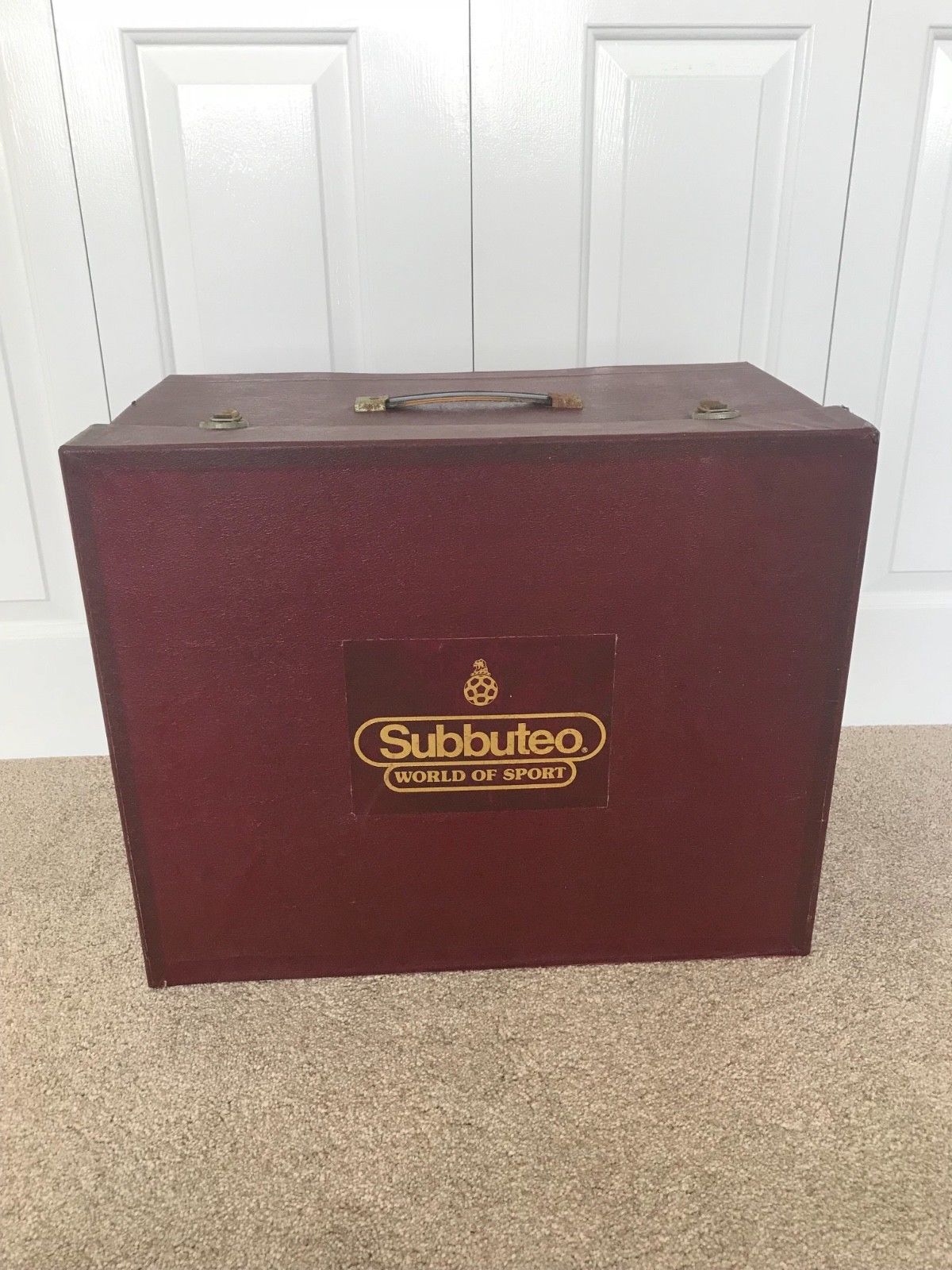 Originally sold for £79.50, Subbuteo actually struggled to shift the edition and rumours suggest many were given away to workers of the Leeds factory when Waddington made them redundant.

The fill list of things included in the set, reference number S250, is: Test Match Cricket, Rugby International Edition and The Football Stadium Edition, there are also 4 floodlights with a mains transformer.

The contents of the edition are contained in a box with five layers and the lid of the box is hinged. Under the lid is a team chart showing the various reference numbers.

Sets have been known to edge towards the £1,000 mark and with this particular set in mint condition, £760 seems like a bargain for the lucky winning bidder.

Does the UK need club licenses to get Subbuteo back on sale?