The fans in this Subbuteo stand are beautifully detailed

Take a look at the detail in this intricately-painted stand with Subbuteo fans.

Twitter user @WedsFinest shared the picture with us and kindly answered some questions on how to get this real-life stadium effect for your Subbuteo stadium. And it is only when you talk Subbuteo with him that you realise the detail is so impressive because of the level of research involved in the project.

He says: “For most shirts/jackets/sweaters that I painted, I would search the internet for images of old jerseys/team gear and try to replicate them. I had a lot of fun seeing the classic styles and reminiscing about the players/fans that wore this gear. Each figure became fun to paint and I was excited to complete each one and glue them in the stands.” 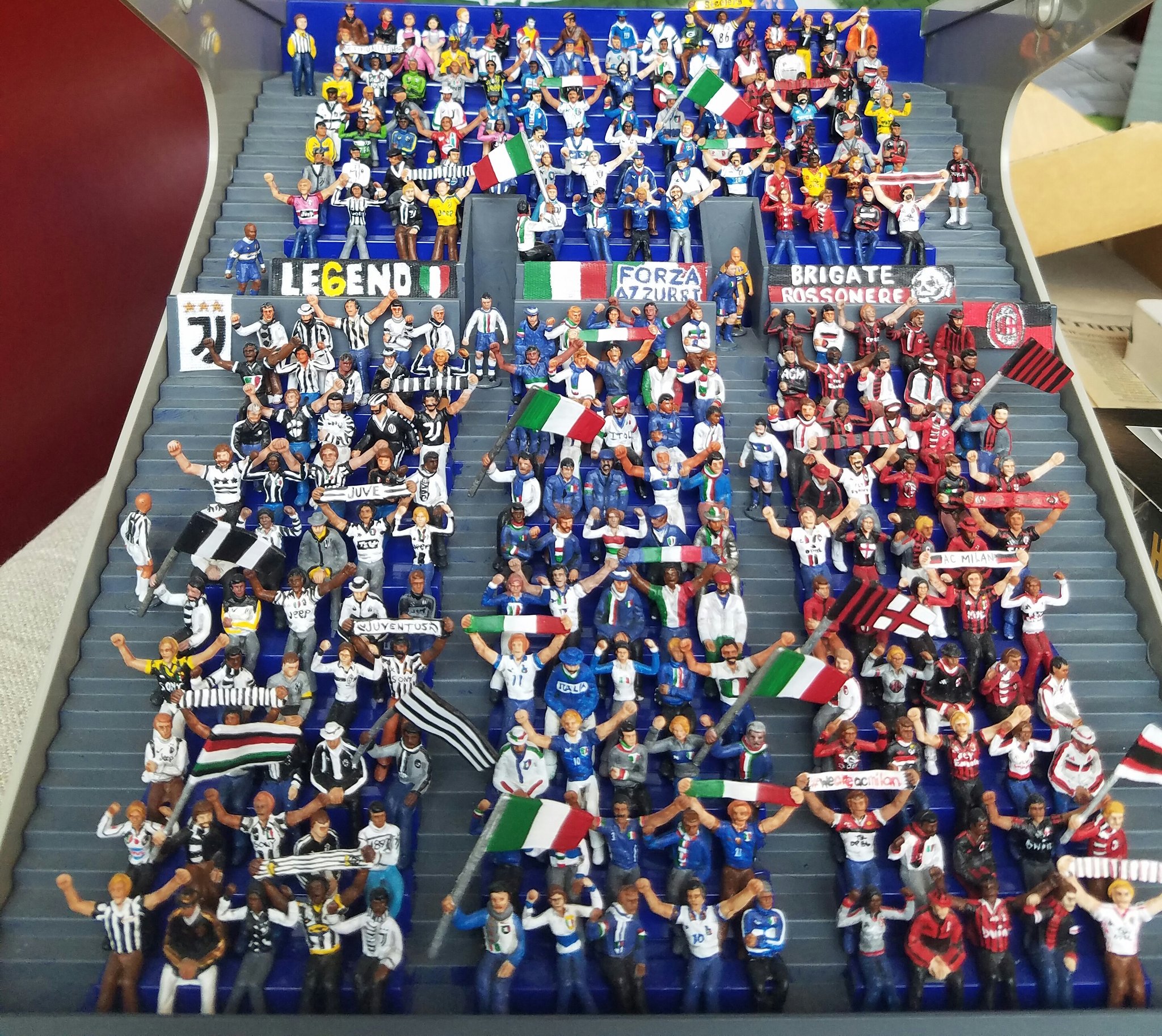 The overall effect is brilliant and the fans seem alive. It is that effect that was the final goal as the fans were being painted.

He says: “It is the totality of the project that I find special. As such, the main tips would be to have dedication, patience and fun. Dedication is needed simply because there are so many figures to paint. One has to be dedicated to the final vision of what they want to accomplish. For me, the idea was to make each figure/stand special and not necessarily to fill up as many stands as possible in a short period of time.

“As the stands began to fill, I would look forward to seeing my vision come together and then I would start new figures. It’s really basic, but I had so much fun each step of the way.”

We could look at the detail of the fans all day. Thank you to @WedsFinest for sharing.