The lovely moment Subbuteo was used to help Alzheimer’s sufferers

This is the lovely moment Subbuteo is used to bring back cherished memories for an Alzheimer’s sufferer in London.

The Alzheimer’s Society has revealed a video of players taking part in a vintage Subbuteo game complete with FA Cup after teaming up with local League One side AFC Wimbledon.

He says: “The Alzheimer’s Society have teamed up with the AFC Wimbledon Dons Community Trust and the Sporting Memories charity and monthly sessions have been taken place at the Merton Dementia Hub throughout the summer, led by Alan Sellers who is a Dons Trust and Sporting Memories volunteer.

“Alan played Subbuteo as a child and still had his original set and many of the teams and accessories used back then. He and a group of friends would create their own league of fictional teams and play throughout the summer holidays. The sessions are designed to allow people living with dementia to reminisce about sports and games, sparking conversations in a convivial atmosphere whilst taking part in gentle physical exercise.”

Alan clearly had taste as a youngster, bringing sets that include Brazil, Liverpool, Peru and AC Milan in heavyweight style. 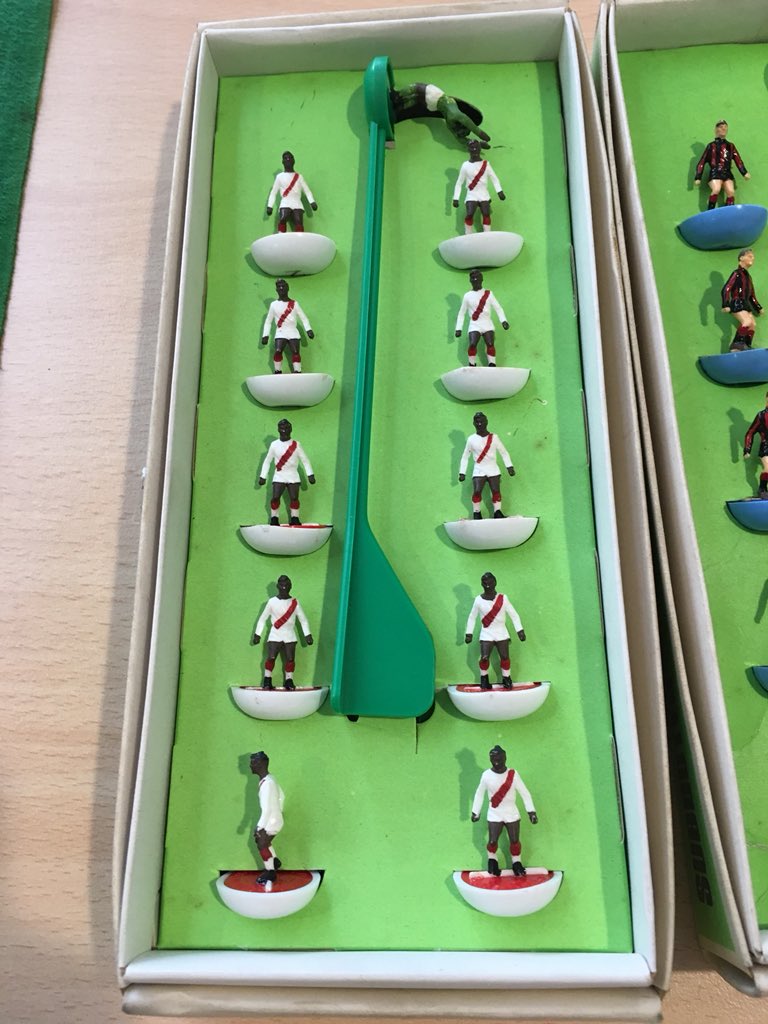 The sessions are clearly a brilliant idea and another clever and creative use of Subbuteo. The game is now being used in tournaments, as tactical tools and as an aide for community groups and that can only be a good thing for the community who still champion the game across the world.

Camille Turcot, who is the activity co-ordinator for the Alzheimer’s Society said, “It turned out to be a really good activity for movement, co-ordination, planning and motor skills and those that took part really developed well throughout the game.” Also of interest were the vintage Subbuteo sets and conversations were had about how they developed over the years. Michael, a lifelong Wimbledon fan remarked that the unironed pitch reminded him of the old Plough Lane!”

Thanks to Phil for sharing the wonderful video with us.