In the early heavyweight Subbuteo range there is a strange anomoly.

Subbuteo reference number 60 is a team that does not really look like any football club on the planet.

With a striking blue base with yellow insert, an orange shirt with a red stripe and blue shorts it doesn’t really fit any team of the time.

When I asked on Twitter about the mystery team suggestions ranged from an early Motherwell kit, to Colombia, and even Oldham away or Luton Town. 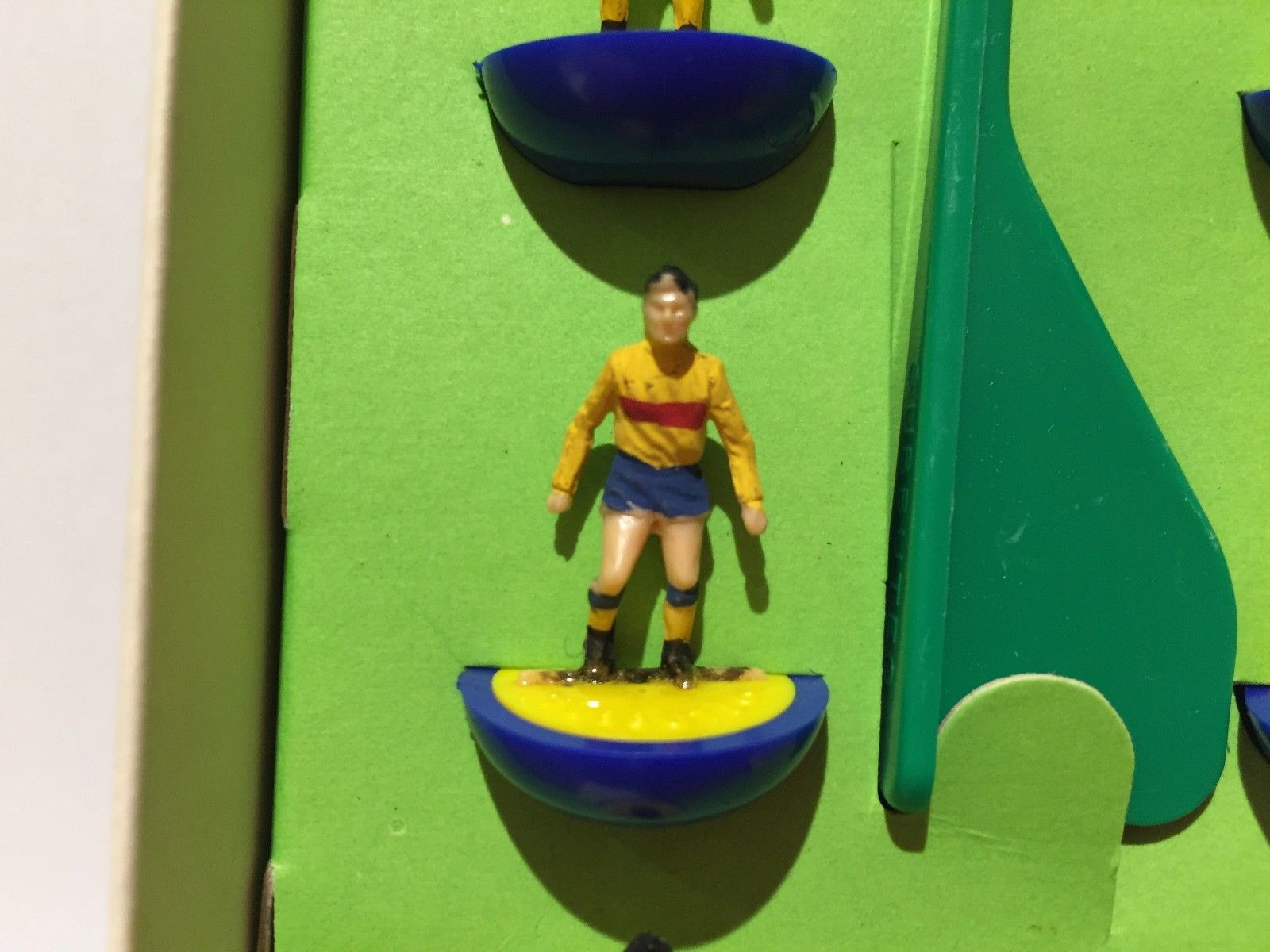 All of them were close to the kit but were not an exact match. The fact it sat next to Italian giants Inter and AC Milan in the catalogue suggests it could actually be a lesser-known Italian team.

The real answer, however, is a bit stranger than that.

The team is actually FC Subbuteo, an amatuer side made out of factory workers in Barcelona in Subbuteo’s heyday. 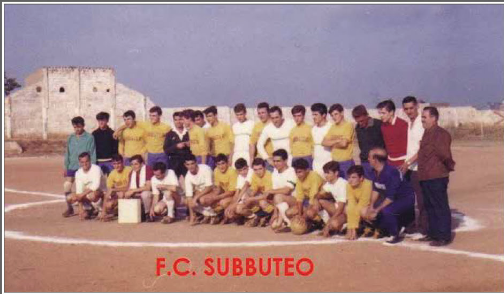 Mark Adolph, son of creator Peter Adolph, has apparently confirmed this strange team and a picture has emerged of the squad lined up in the eye-catching kit.
Interestingly the red stripe through the orange shirts is not present on the real kit. Instead it is a red sponsor spelling out Subbuteo.

There is no information about where the team played and at what level but the fact it is a factory team for the brand is enough to warrant its own reference number and team.

FC Subbuteo is no more, but bright Catalan colours and an interesting story behind it means it is one of the rarest sets around.

Prices on eBay for an FC Subbuteo heavyweight team are currently as high as £65, but I suspect many collectors would not want to part with such an important bit of Subbuteo history.

Either way, it’s a pity FC Subbuteo did not survive. Even in the lower reaches of Spanish football it would garner a cult following from nostalgic fans the world over.