There have been some spectacular Subbuteo stadiums featured on Subbuteo.Online recently but rarely have we seen one so detailed and well built as this one.

Tim Cooper kindly shared his Subbuteo stadium with us and we were blown away by the level of detail. Featuring four neat stands including an impressively accurate terrace with crowd barriers, actual seats and even working floodlights, we are blown away by the detail of this effort. 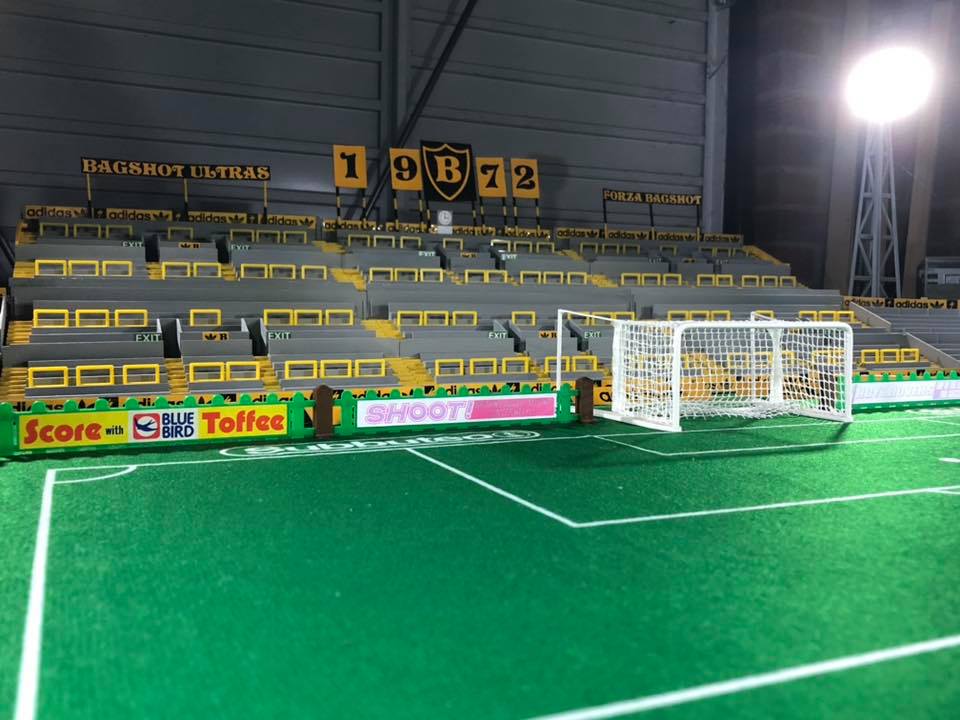 For Tim, the Bagshot Stadium (which has no relation to Bagshot FC in level 10 of the English league), was something he has wanted to do for a long time.

He says: “I played Subbuteo when I was a kid and always dreamed of having my own stadium. The farthest I got was one of the old green stands filled with players. About four years ago, I had a quite a bad accident and spent hours contemplating life and decided then that I was going to do this thing that I always wanted to do.” 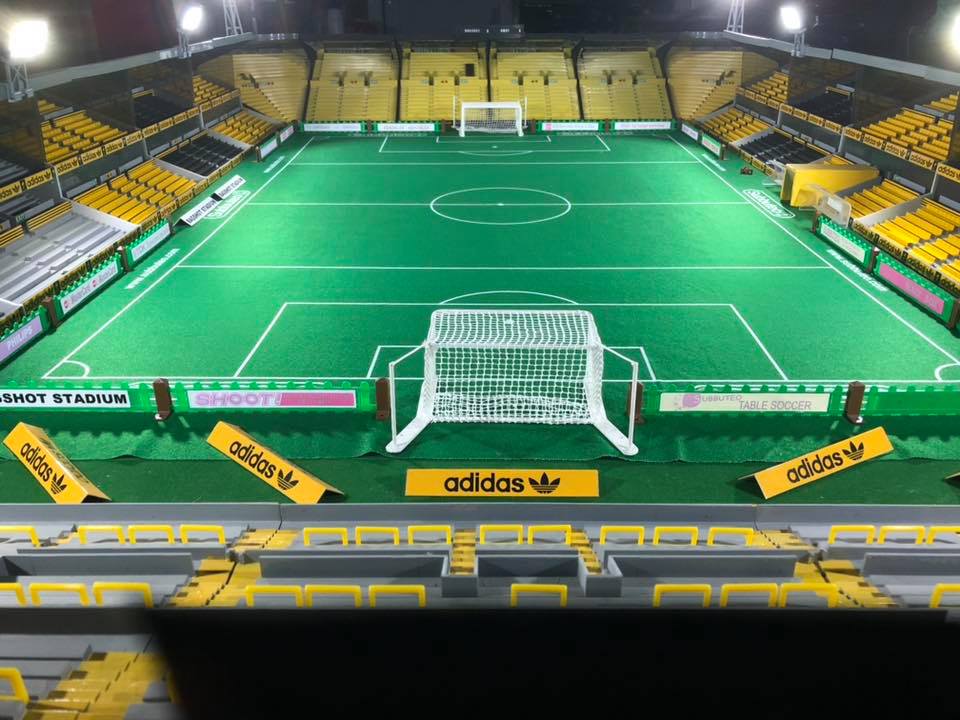 He says the colour is a nod to Borussia Dortmund’s famous Westfalenstadion, but other stadiums influenced the design.

“Originally I wanted to go three tiers on one side, like the main stand at Goodson but I haven’t found a way of doing it without losing the authentic look and stopping the stand bowing. I also tried to have the stand behind the goal two tiered but directly on top of each other, like the away end at Brentford, but again I couldn’t get the structure right and it looked like a shoe rack.”

Instead he used Zeugo corners and stands to close off the ground – and he is particularly pleased with the effect of the terrace.

He says: “Of all the parts of the ground that have developed since the original plan the terrace section behind the goal is as exactly how I wanted it. I love the big open curva and while I would love to have the space to go back another row, I think the two rows is in keeping with the rest of the ground. The biggest challenge is differentiating between seating and terracing. So I kept the terrace as plain as possible with just the walkways painted yellow, with the banners (and mini clock end clock from Highbury).” 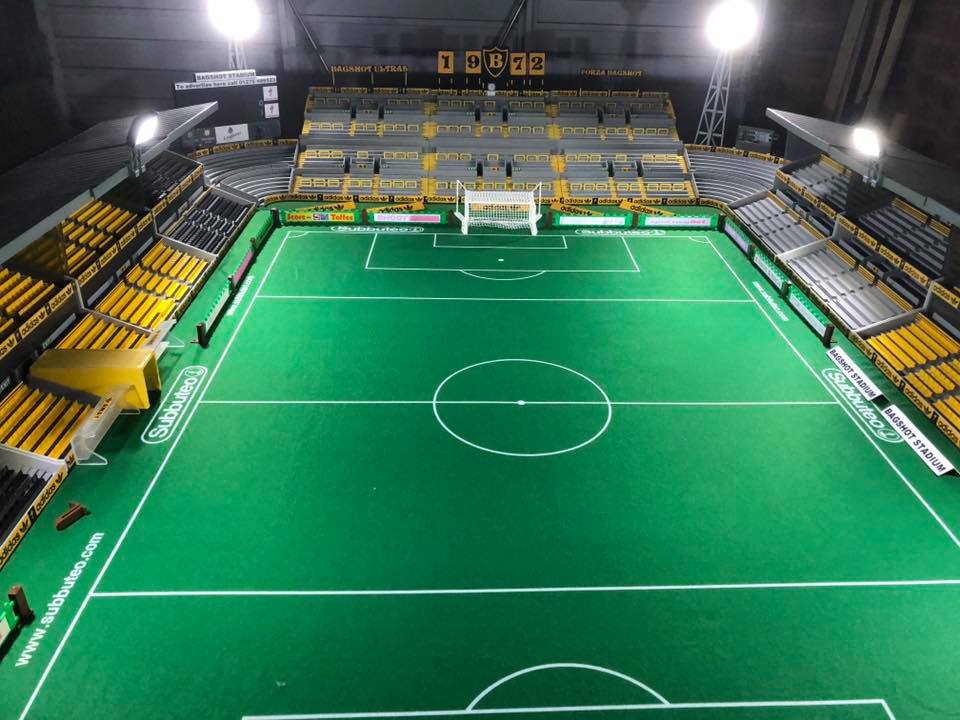 The ground holds 6,500 people and is not finished yet. Tim says next up are new advertising boards and potentially fans, although he admits the ground looks spectacular when empty too.

One tip Tim does have is to visit Subbuteostadium.com for the extra touches. He adds: “I love the new scoreboard above the goal, this came from Subbuteostadium.com and he is really good at those nice touches and happy to discuss ideas you have. I spend hours looking round grounds thinking about they would work.”

Thank you to Tim for sharing the stunning Bagshot FC Subbuteo stadium with us.