Villa Park has been recreated in Subbuteo and it looks fantastic

Another day, another Subbuteo stadium has landed in our inbox. And this one is sensational.

Villa Park, with its famous Holte End, Doug Ellis Stand and iconic claret and blue seats is one of the great homes of English football. It has plenty of old-school charm and a fantastic atmosphere when the fans are on form.

So impressive is the stadium that it used to be used for FA Cup semi finals and despite now languishing in the Championship, the club remains one of a handful of English sides to win a European Cup. 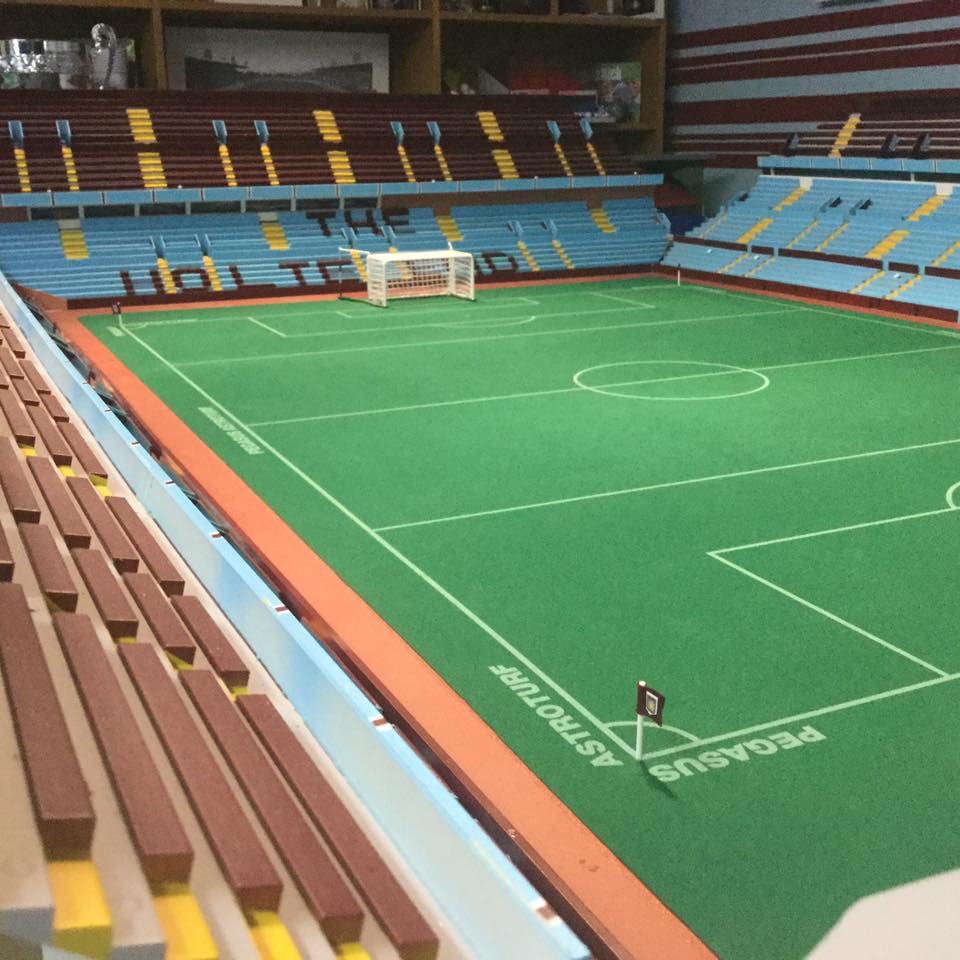 Peter says he has been playing Subbuteo since the age of 13 so it ‘made sense’ to combine his two loves – and he does so in some style.

He has used a modern Pegasus pitch to replicate the excellent playing surfaces of elite English football, while hand-made stands nicely replicate the four sides of Villa Park. We particularly like the little details such as the Aston Villa corner flags, the dugouts and the modified floodlights to provide enough light to play. 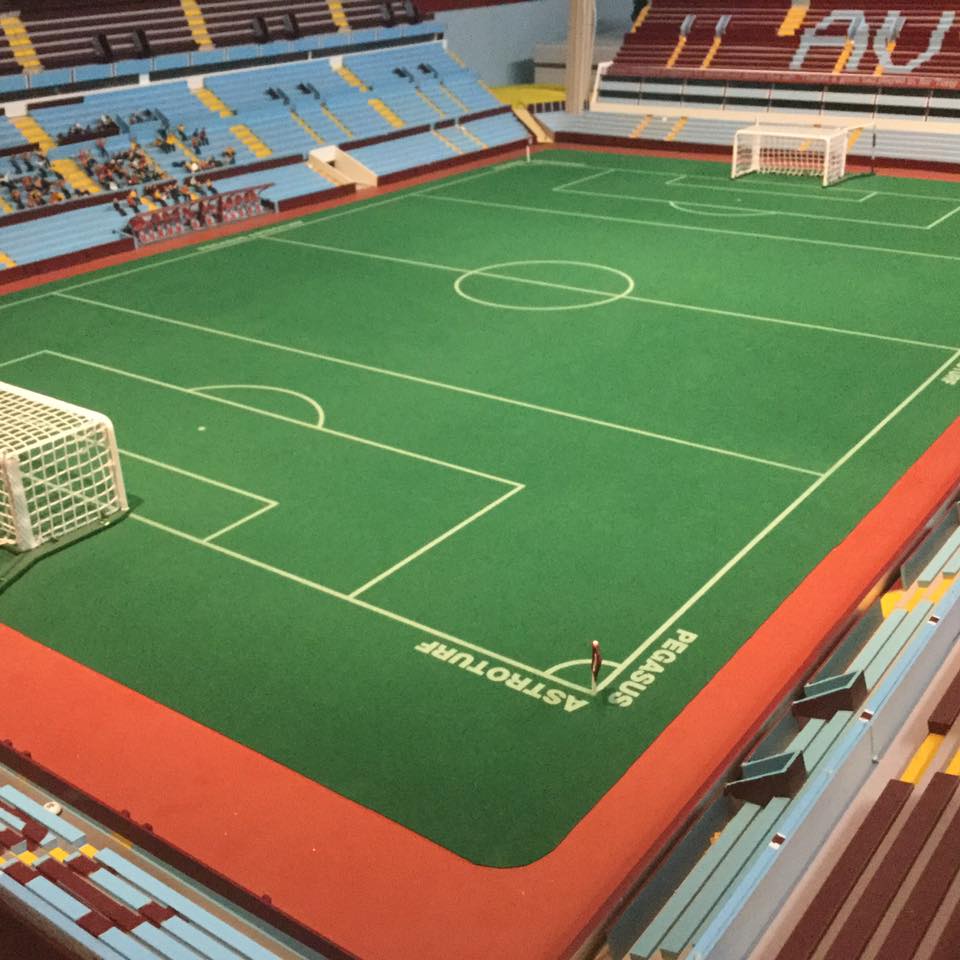 The stadium is actually based on Villa Park of 1986/87, just a few years after that famous European Cup win and before a decade which saw Villa win a League Cup and reach an FA Cup final

The surrounding walls are also covered in Aston Villa merchandise with some nice retro shirts, trophies and prints creating a haven for Subbuteo playing.

Thanks to Peter for allowing us to use his pictures. If you want to see more Subbuteo stadiums take a look at our topic page for more. 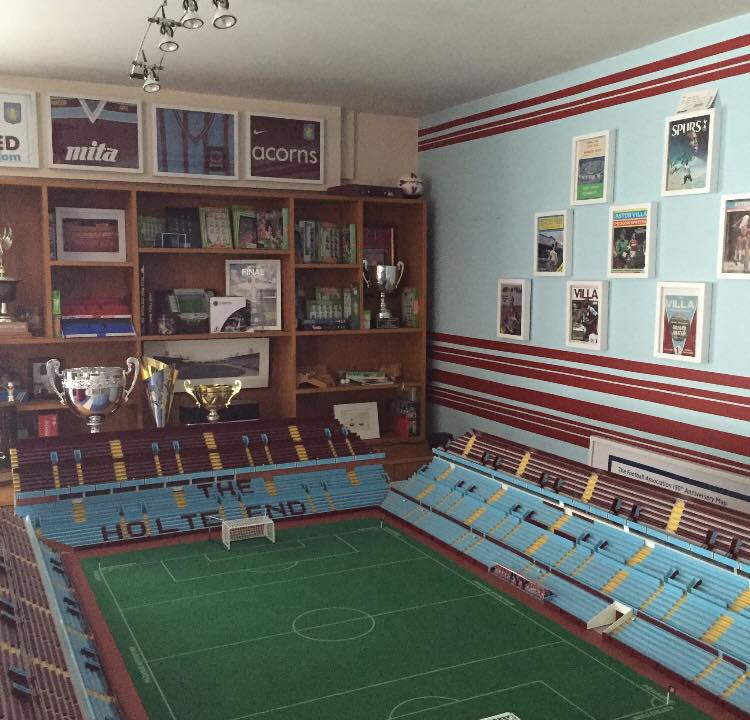 Is this one of the rarest Subbuteo accessories ever made?