This is a new series of articles by Subbuteo.Online in which we explore the reference numbers of the lightweight Subbuteo days from around 1980 to 1996. We hope by showcasing and following new teams fans can learn a bit more about the wider world of football and its links to Subbuteo.

This week it is the strange tale Malta side Gzira United, reference number 007.

After six games of the new football season the leaders of the Maltese league have won six and drawn one.

Maltese giants Sliema Wanderers and Hibernians have been beaten in successive weeks and the side with a single First Division title 45 years ago has a three-point gap at the top.

It is safe to say things are looking up for Gzira United.

Gzira United has the honour of being one of the few teams from Malta to have its very own Subbuteo team – and remarkably it was one of the most exclusive numbers around.

As the club flies high in the league and reveals ambitious plans for the future, we got in touch to talk about their Subbuteo star turn. 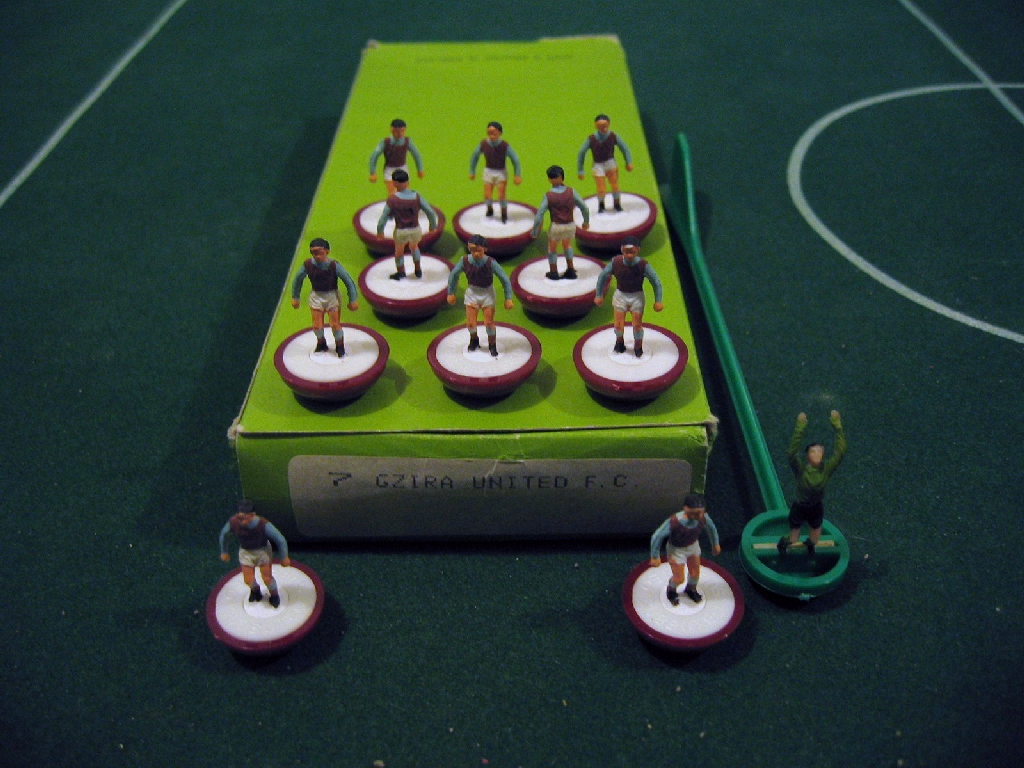 In 1980 Gzira United were the only team listed on the label of reference number 007 – so we looked into why Subbuteo had decided to honour the club with its very own Subbuteo team.

The reason for the strange occurence is simple. The claret kit with light blue sleeves was also used as a template for English clubs Aston Villa and West Ham in the heavyweight era of the game, which dated back to the 1940s.

However, when the lightweight teams appeared Subbuteo had added a lot more colours to the range and changes in the colours of Villa and West Ham’s shorts meant they had new reference numbers with more detail.

Instead of retiring reference number 007, Subbuteo gave it to Gzira United for a couple of years and it now remains one of the many quirks of the game.

We actually spoke to Gzira United to ask them what they know about the team.

“We didn’t know (about the Subbuteo team),” the club told us. However, they did give us a run down of why the claret and blue kit is used by the Maltese table-toppers.

“The kit is not based on West Ham or Aston Villa. In the early days the club wore Marrone (an Italian word) like Our Lady of Carmel.”

Our Lady of Mount Carmel is the Virgin Mary as a patroness of the religious Carmelite Order. She wears a Brown Scapular (or habit) and it is from this that Gzira took their early colours.

However, a mix up with the supplier of the kit meant brown was no longer available and instead the club adopted claret and light blue. The colours have stuck since and are now even included in bold stripes on the badge.

Another clue as to why Subbuteo may have used Gzira is because of the game’s popularity in Malta. A Maltese team would have helped with branding and with an FA Trophy and First Division title in the 1970s Gzira United were one of the up-and-coming teams of the region. 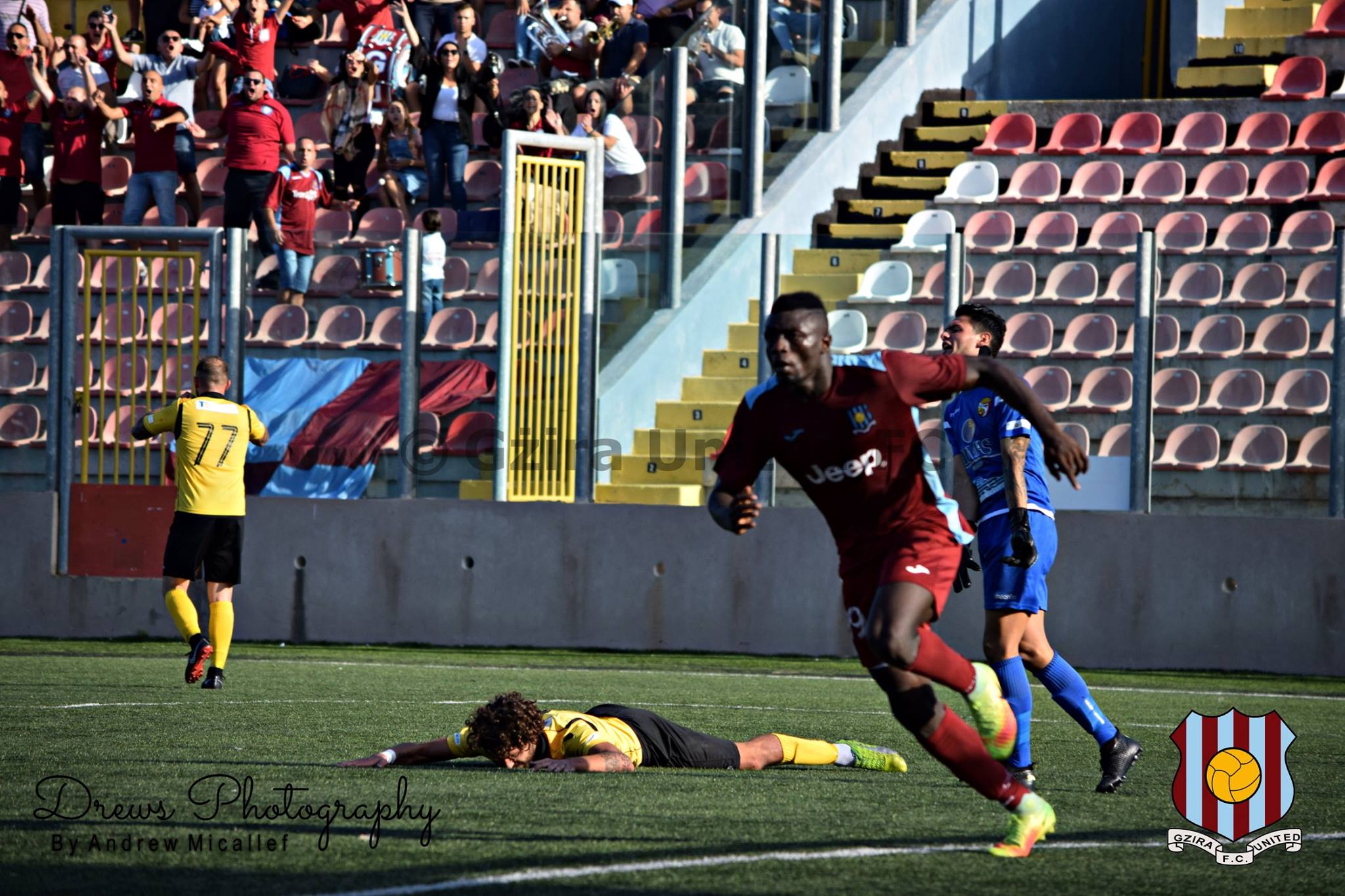 The club has not repeated that success but in 2018 it is a club on the up. Gzira United played in the Europa League for the first time ever this season in the early rounds and an ambitious chairman hopes to move the club to a new stadium and turn it professional.

Sharlon Pace said: “If Gżira is to become one of the top teams in Maltese football we have to take our set up to another level and to this end as from this season all players in the squad will train twice weekly in the morning,”

“Still our long term goal is become fully professional and we have a project in place to implement this strategy in three years’ time.”
And then? A 5,000 capacity stadium plus accomodation, parking and offices that can be used by employees of the University of Malta, according to Pace.

From footnote in a Subbuteo catalogue to title challengers and Europa League stars, Gzira United is the first ‘Subbuteo team’ we are covering. We’ll update on their progress throughout the season. We’ll also add more teams to the site as we go around the world following the real-life Subbuteo teams you may not have heard about.