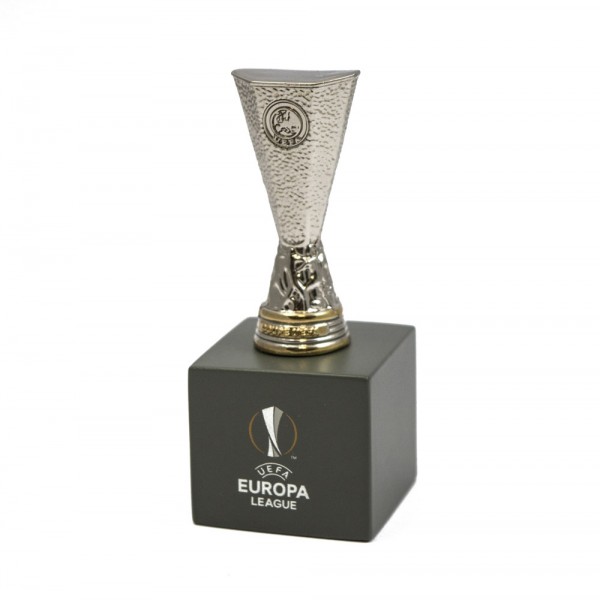 The Europa League has not been around for very long.

However the trophy has been around since 1972 and until 2010 was named the UEFA Cup trophy. Designed by Bertoni, it first made its debut in the 1972 final won by Tottenham Hotspur against fellow English side Wolverhampton Wanderers.

The trophy is now the Europa League and it is one of the most attractive trophies in world football. It is also one of the heaviest despite being the only European trophy without handles.

With an intricate carved base and sleek vase-like design it is a looker – but Subbuteo never released an official version of the Europa League trophy.

Considering Subbuteo did release a League Cup and its own European trophy, along with the European Cup, it seems strange that the UEFA Cup never featured in its catalogues. But luckily fans can still get their hands on the Europa League trophy in Subbuteo form.

There are three different replicas of the trophy for sale starting from around £15 and similar trophies have been sold on eBay for about the same price. They may not be official Subbuteo trophies but they are almost exactly the same as the likes of the FA Cup in terms of size and work perfectly for the game.

The smallest of the three Europa League trophy starts from 8cm and costs just under £30 on eBay. You can get it even cheaper from the National Football Museum, where it costs just £15 direct from an official seller.

You can even get a massive 150cm replica for £70 from the National Football Museum – although this may be too big for Subbuteo.