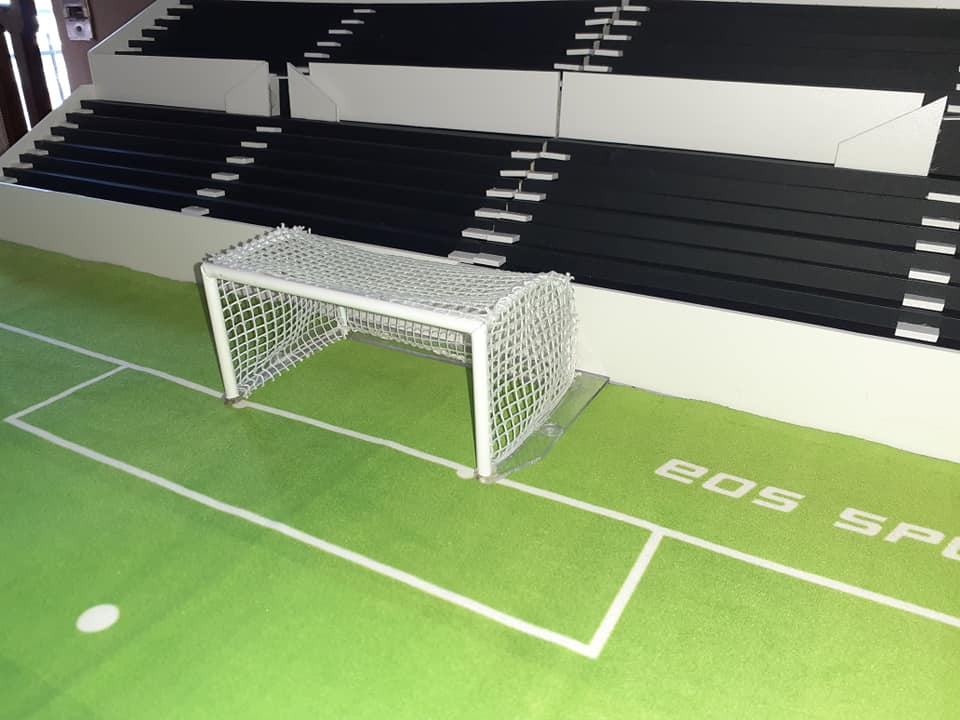 Real Madrid’s Bernabeu Stadium is one of the most famous grounds in the world.

The stadium has a close relationship with the European Cup – now named the Champions League – after Real Madrid won the first five iterations of the tournament between 1956 and 1960.

The stadium, then with a capacity of 124,000, also hosted the 1957 final in which a star-studded Real Madrid featuring the likes of Alfredo Di Stefano and Francisco Gento beat Fiorentina 2-0 to retain the trophy.

What has this got to do with Subbuteo, you ask? A designer in Italy has created a new set of Subbuteo goals that honour those famous Bernabeu designs and they look fantastic.

The creator of the goals is Peppe Cafaro, who posted them in an Italian Subbuteo selling Facebook group. He is the creator of the lovingly recreated the beautifully curved Madrid goals and has priced them at 38 Euros.

Subbuteo goals are big business with collectors. The most popular and most expensive official set are the Mundial goals sold in the mid-1980s. The goals recreate the feel of continental football and can fetch high prices with collectors.

Other special edition goal sets such as the Italia 90 goals are also popular choices.