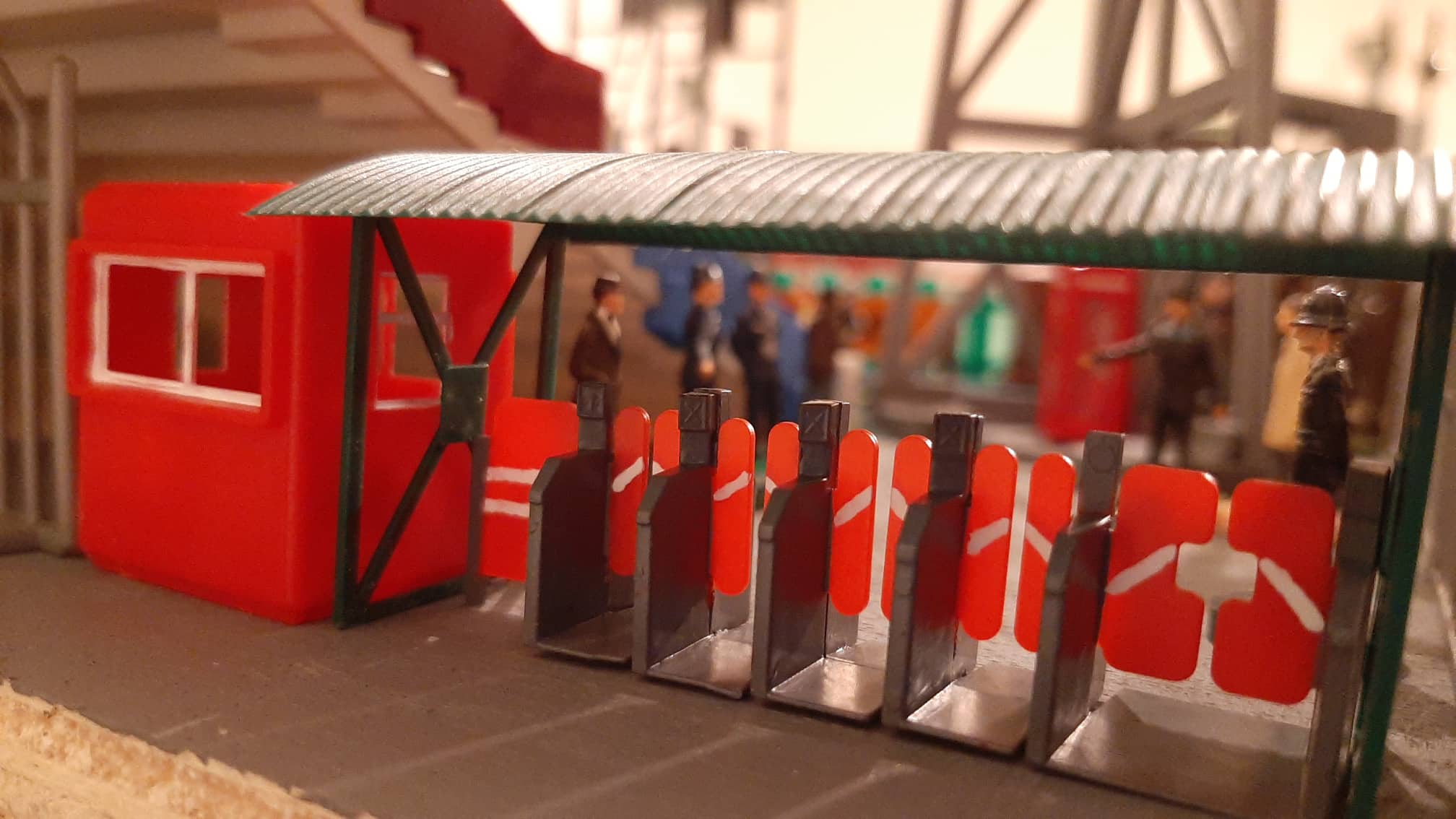 A Subbuteo stadium with realistic turnstiles

Subbuteo fan and master stadium builder Andrea Iacopetti is the master of miniature modelling to make a stadium feel like the real thing.

Subbuteo stadiums have become ever more elaborate with the rise of 3D printing and we have previously seen an electronic closing roof, spectacular floodlighting and ever real flares.

But until now we have not seen probably one of the most beloved aspects of a football stadium and one of the most overlooked when it comes to Subbuteo stadiums – the humble turnstile.

Until now. Andrea has found a modelling solution to the turnstile and installed them at his incredibly detailed stadium.

The turnstiles themselves are from a model railway set made by Modelscene and they are listed on eBay for just £5.50 (with £4 postage). They come with a ticket office and a line of turnstiles that could easily work underneath a Subbuteo grandstand or as a standalone entry point.

He then bought a model bicycle shed and used it as a roof cover for the turnstiles – a nice addition for those who are basing their stadium on a UK ground.

A quick look at the rest of the stadium and it is clear to see the attention to detail in all aspects. Andrea has created some beautiful stands with Subbuteo accessories, as well as floodlights, realistic crowd scenes and some lovely touches such as an old-style red phone box.

He says the stadium is not based on anything from real life but is influenced by British grounds.

With working turnstiles now added it has to be one of the most detailed Subbuteo stadiums around.