That was a question I was asked by a BBC journalist some eight years ago.

If anything, Subbuteo presence has improved since then.

Back then, we didn’t have any real sets of note on sale – Marks and Spencer had launched a limited edition box set and the great La Leggenda partwork had just started in Italy.

Now we have another Leggenda partwork on the way, as well as the ever expanding range of modern teams, including Premier League, La Liga, Serie A and Champions League licenses.

Assuming that continues Subbuteo, founded by Peter Adolph back in the 1940s, will be heading in to an incredible ninth decade of production in 18 months time.

In an age dominated by technology, video games and smartphones, it is testament to its tradition that there is still demand for it.

In the BBC article, back in 2010, I was quoted as saying: “Lifestyles now are a lot more hectic, hence the popularity of the pick-up-and-play video games. For Subbuteo, you need an opponent, then you need to get it all set up, and then play; it takes time.” 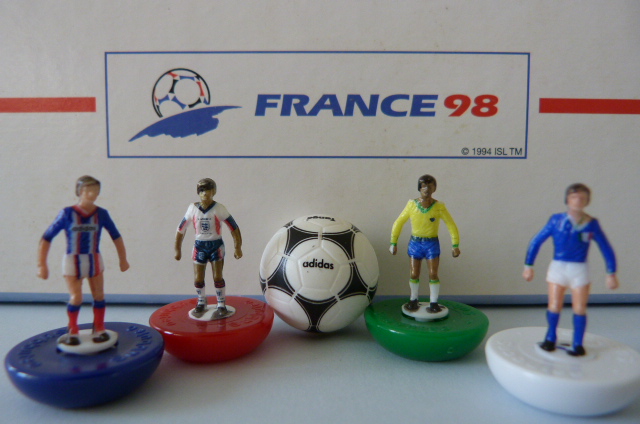 That still stands, but now if anything, the desire for those of a certain generation to have time away from technology makes playing Subbuteo attractive.

For me, it’s collecting that is my main passion for Subbuteo.

There are plenty of people around my age that recognise and are interested in Subbuteo, and the challenge is whether that will continue amongst the generations below us.

As long as new teams continue to be produced, it gives the new generations something to engage with. I’m not particularly interested in the old heavyweight and lightweight teams from the 70s/80s, because that’s before my time. What I am interested in is the Hasbro teams produced in the 90s and the modern day collections, because they are what are relevant to me, just like the 70/80s are relevant to those that collect them collections.

Subbuteo is an icon, it’s an institution. And it’s here to stay.