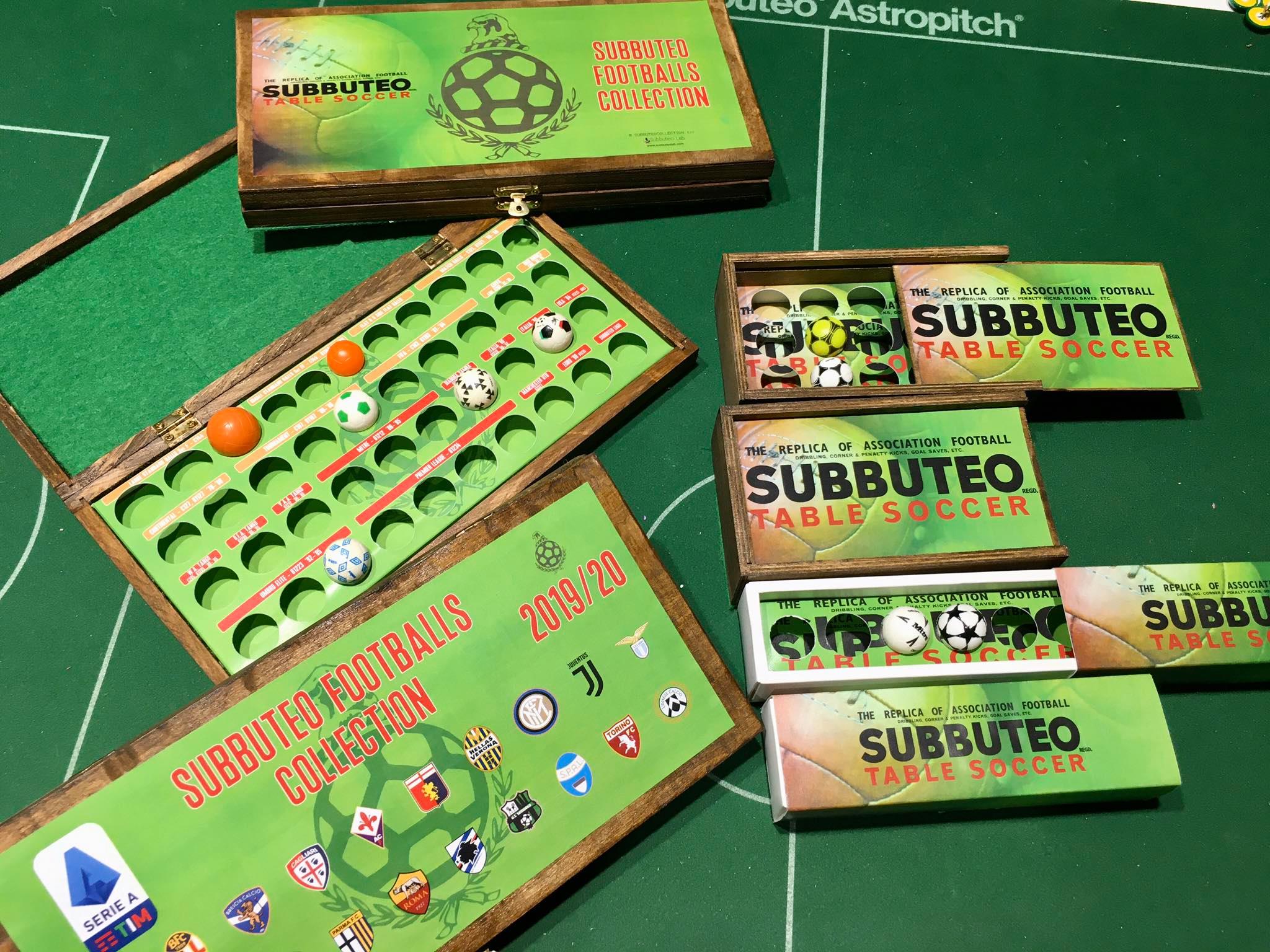 Probably one of the few things Subbuteo never tried to monetise during its peak years was the gaming aspect of table-top football.

Essentials for the game such as polish and carry cases for teams often came from third part suppliers and it was these non-official products that many people used.

A shop in Italy has continued this tradition with a Subbuteo accessory we never knew we needed until now – display and carry cases for balls.

Subbuteo Lab, the Subbuteo shop based in Florence, Italy, has teamed up with Subbuteo Collection to create a series of stunning cases to store Subbuteo balls inside.

The beautiful cases come in various sizes, from smaller six-ball cases to a case capable of carrying 40 balls in one place.

Made from wood and with classic Subbuteo-style artwork, the cases are bound to be a big hit with fans of the game looking for storage solutions and collectables.

The cases come in various styles including an ‘originals’ case for the official Subbuteo balls, a Serie A themed case for balls with the team badges on, and 15-slot cases.

It says the themed balls will soon be following to add to the collection and everything will be on sale on the Subbuteo Lab website.

The site says: ” We present you in all their splendor, the new boxes for your collection of balls. Unique design and great effect thanks to our exclusive partner SubbuteoCollection.”

We’ve previously asked Subbuteo Lab about shipping and they are happy to send to the UK, meaning fans can get their hands on the accessories.

And if you’re after some of the other Subbuteo Lab creations you can always check out the amazing range of metal Subbuteo trophies including the Champions League, the Europa League and even the Club World Championship.