A Subbuteo shop has created a stunning collection of metal engraved Subbuteo trophies and they are available to UK buyers.

Last year we wrote about a Subbuteo shop opening in Italy. Subbuteo Lab opened its doors with an incredible selection of old and new Subbuteo for sale from its premises in Certaldo.

We also wrote about the Europa League replicas on sale in the UK – but now Subbuteo Lab is branching out with a host of actual Subbuteo replicas of Europe’s most famous trophies. On sale today (Monday 3 June), the collection are made from resin and metal and are exclusive to Subbuteo Lab.

The trophies include the European Champions Cup complete with Champions League engraving and that should be a must-have for Liverpool fans celebrating their side’s sixth win in the competition.

Fans of other European teams may favour the Europa League and a number of Italian trophies including Serie A and the Coppa Italia. 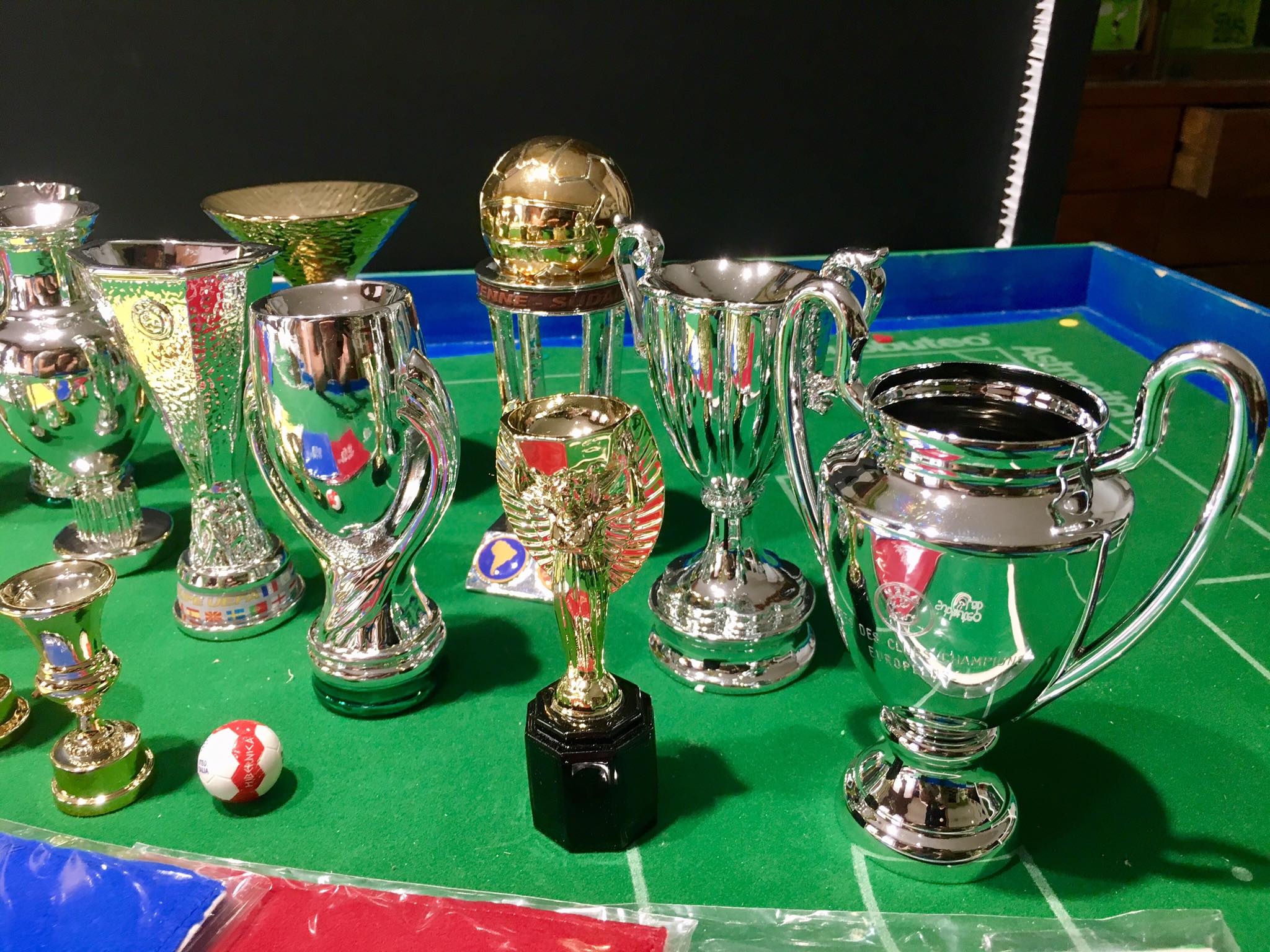 Other trophies include the old Cup Winners Cup, the Italian Supercoppa, the European Super Cup and the Club World Championships. And if you’re wondering what the cup with South America and European maps on is, it is the old Intercontinental Cup that ran from 1980 to 2004.

Prices for the trophies are 35 Euros apart from a smaller version of the Serie A trophy, which is 20 Euros. These are not cheap but the quality of the workmanship and the fact you cannot get them anywhere else will surely make them popular with Subbuteo collectors.

The trophies are quality items and match the correct sizes of the official Subbuteo cups. We asked Subbuteo Lab about them and they confirmed they would be available to Subbuteo collectors in England and the rest of the UK.

Thanks to Subbuteo Lab for letting us use the pictures. For more information visit Subbuteo Lab’s website. 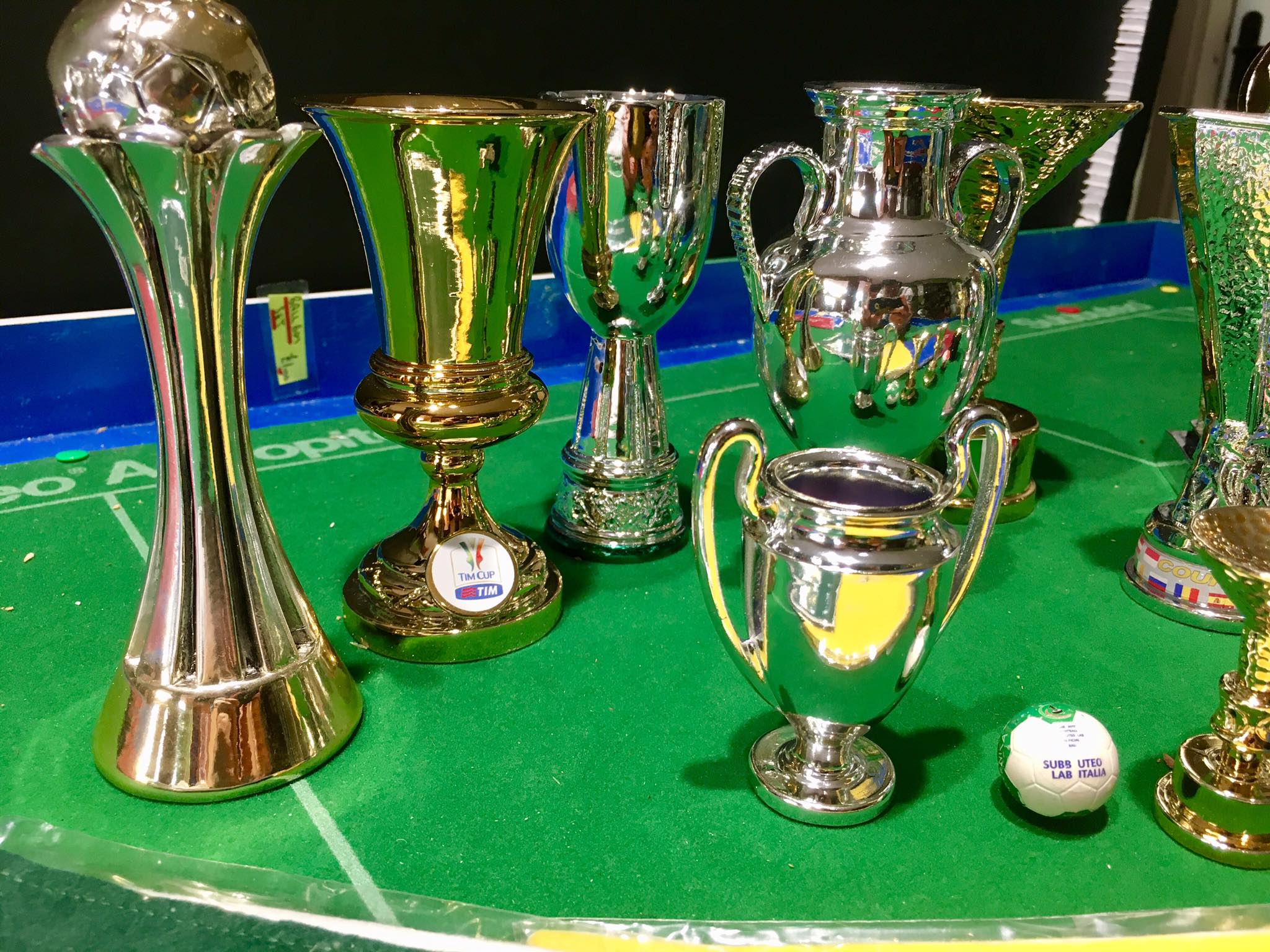