Collecting full Subbuteo teams can be an expensive hobby.

Even standard teams can fetch up to £10 and rarer ones end up in the hundreds of pounds. There are over 400 different teams to collect in the pre-1980s heavyweight era and that means a full collection is worth a small fortune.

Subbuteo collectors will often collect single players instead and the results are usually a much more compact and attractive display. Here are Subbuteo.Online we love a single player collection and the many innovative ways to display them. Check out this collection of 2,100 players or this nice take on the classic Subbuteo team poster.

He says: ” I have set myself the task of collecting a spare for the 1-328 HW range including all variants so roughly 400 figures. If that isn’t hard enough I am going for Mint to Very Good condition and absolutely no repaints.

“So far I have 271 with 48 of those to be replaced because they don’t quite meet my mint to very good criteria.” 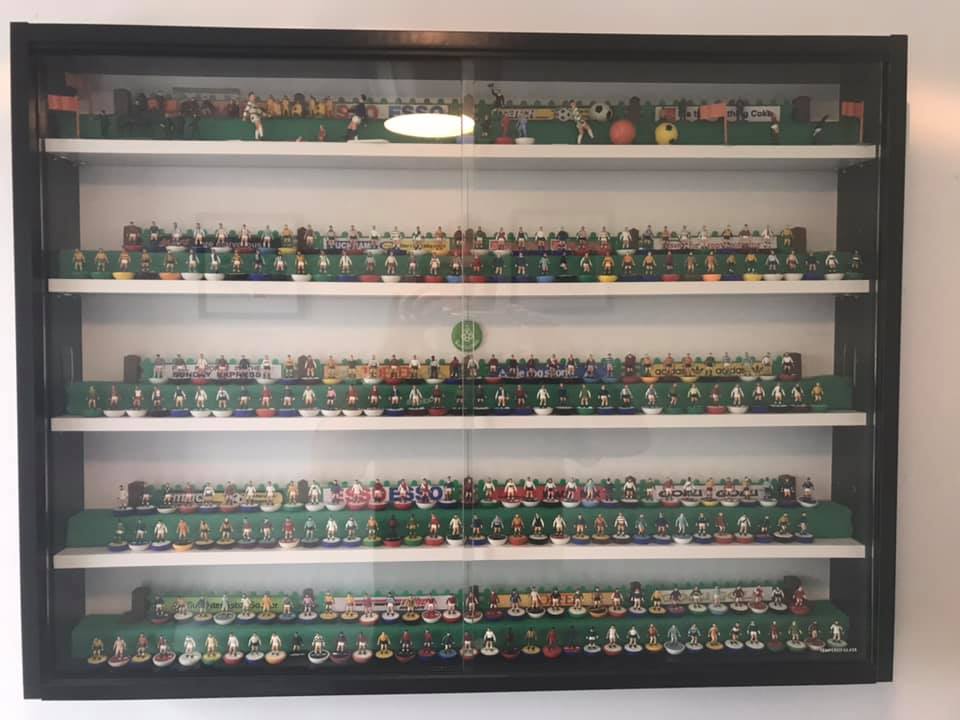 Even more impressively Adrian has a very moral code when it comes to collecting. He says: “I used to collect classic HWs but, the combination of needing to generate some cash for some home improvements, the now silly prices and the number of repaints meant I sold up. The wife was happy to as we got a room back! I am still so,e way off completing this as I am not only going for all refs 1 to 328 but all variants and all in at least excellent condition.

“I also set a principle I won’t buy a full team and break it up as particularly when you get to the rare refs, it’s unfair on other collectors.”

Adrian started collecting as a child and has some big plans for the collection in future. He says: “Anyhow what’s next? Not sure collecting wise, I may consider getting the HW collection I had as a kid UT, I went to the Stoke Subbuteo Fair and after watching people play proper Subbuteo (instead of the modern push penny nonsense) it’s inspired me to buy some teams from Paul Lloyd and play a solo league.”

Thanks to Adrian for sharing his wonderful collection. Time to order a car collector’s case. 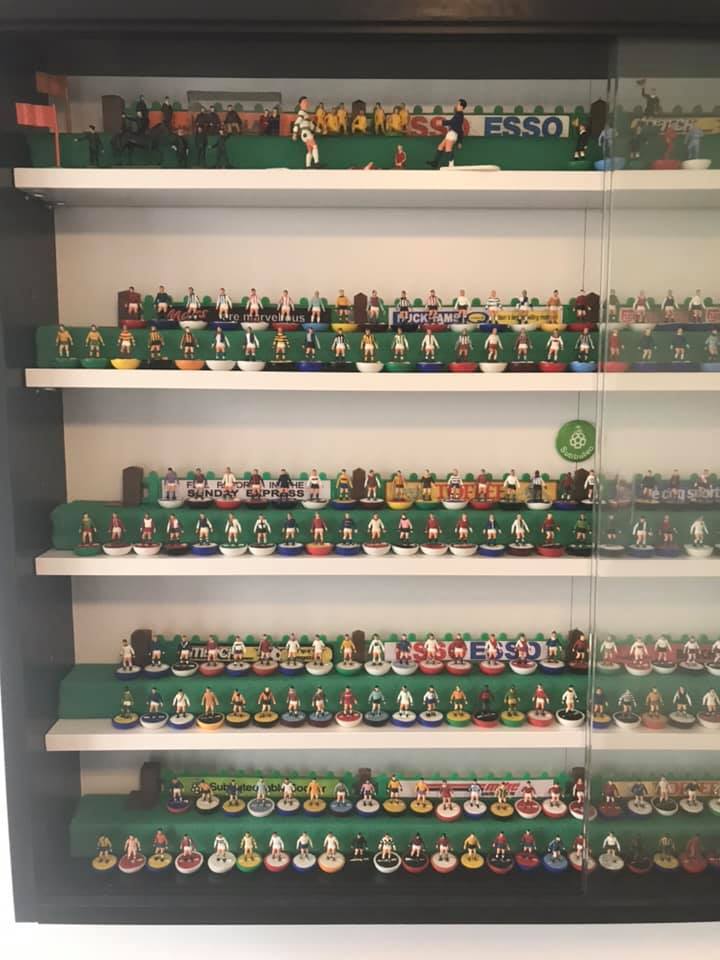