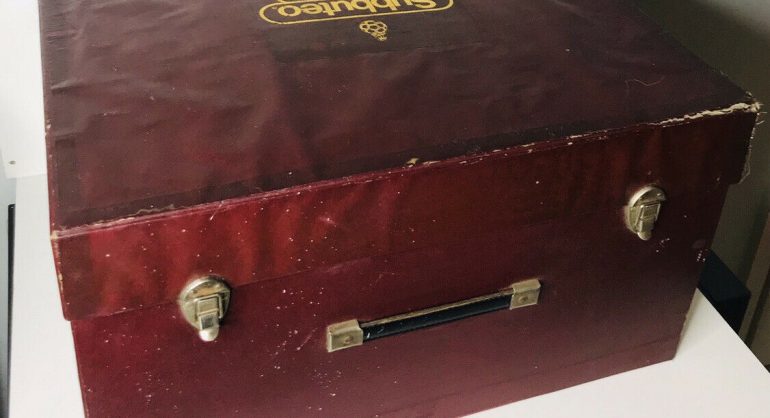 The ‘Holy Grail’ of Subbuteo box sets has appeared on eBay

A Subbuteo World of Sport Compendium – widely considered the Holy Grail of Subbuteo box sets by collectors – is on sale now for a hefty price.

The giant box set has been listed on eBay and at the time of writing has several bids pushing the price up to £700, but it could rise even higher by the end of the auction on Friday 13 November.

The unusual auction is likely to catch the eye of Subbuteo collectors with plenty of cash to share because of how rare it is to see one of the box sets listed for sale.

The set was launched in 1981 as the largest set ever produced by the games company. It includes five layers in total; a Subbuteo Stadium edition covering three of the layers and including a full set with floodlights and the Jules Rimet trophy, a grandstand and accessories for Subbuteo football.

But, according to Peter Upton’s website, “But to this, they added a further two layers. On one was the Cricket Test Match Edition. This consisted of a Cricket Club edition tray, and a side tray with the scoreboard, the sightscreens and the deck chairs etc.

“On the final layer was a Rugby International Edition – and another side tray featuring two more floodlights (so you had one for each corner) plus a mains adaptor. The cost of the Football Stadium Edition in February 1981 was £34.25. The World of Sport was more than double this at £79.50.”

The boxes are held in one case with a lid featuring a team colours poster – one of the most iconic Subbuteo posters of all time.

It is believed staff who were made redundant at Waddingtons in Leeds were given these box sets as a gift due to slow sales for the box set.

The fact it was only sold briefly and many were left unsold means there are very few examples around now.

The new eBay listing describes the World of Sport Compendium as ‘overall in great shape’ but with a few imperfections.

The London seller has added a £20 postage option and it is likely there will be plenty of interest in the rare box set.

Last year a set sold on eBay for £760 on eBay but as Subbuteo prices have risen during lockdown, this could set a new record for recent sales of the rare item.