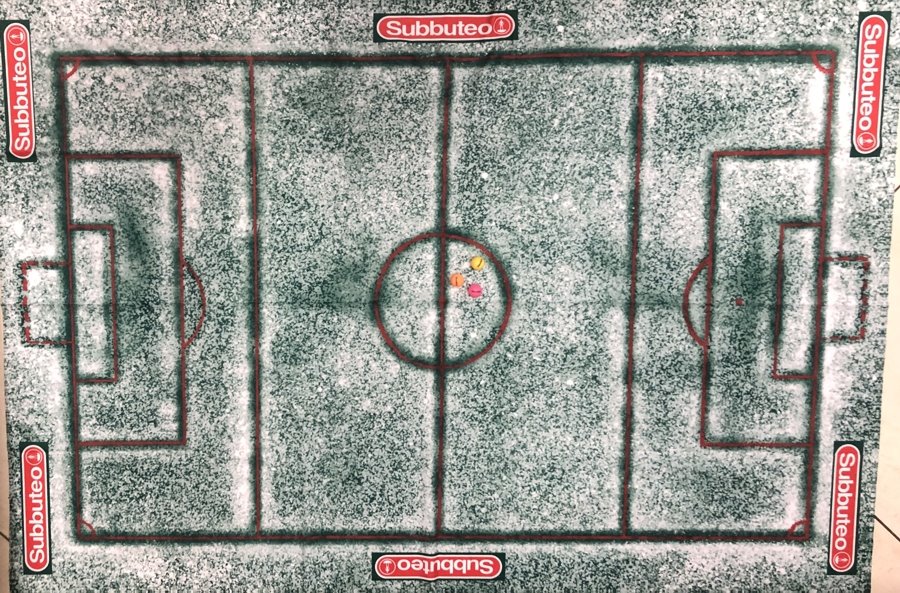 The Subbuteo snowy pitch is now on sale after website glitch

The new Subbuteo winter pitch is now officially on sale – weeks after originally being announced.

The snowy pitch was a big hit when it was revealed by Hasbro last week but fans were left confused when many could not actually buy the item online.

Spanish website We Are Games stocked the pitch but for many fans the button to buy the pitch had completely disappeared.

The company has now fixed an error in the site’s code after being inundated with requests for the pitch. It is believed around 100,000 visits to the site’s page we received after the new pitch was announced.

The Subbuteo winter pitch is now in stock and priced at around 30 Euros including shipping for UK buyers. The pitch also comes with three winter balls.

The pitch itself should play the same as a standard non-snowy pitch but does have red lines to show up against the snow and Subbuteo logo advertising around the sides.

As a new Subbuteo pitch it will be slightly smaller than the older, classic pitches so that it fits better on a table top.

It has proved incredibly popular with fans of the table top football game. The popularity is likely down to the fact the pitch looks like heavy snow has fallen and harks back to football before top-level teams employed under soil heating and drainage.

The set is finally on sale here alongside new Argentina and Brazil box sets, which have also been launched at the beginning of 2020.

You may need to translate the page to order and if you’re looking for United Kingdom in the country selection screen it is under R for Reino Unido.