Motherwell’s bright colours, interesting kit designs and relative rarity make them a team that has always fetched a higher than average price in Subbuteo sales.

However, when a late 1980s version of the team in a tatty box was listed on eBay I don’t think many would expect a bidding war of 33 bids and a final price of £127 – more than many rare heavyweight teams.

The Waddington’s era Subbuteo can be rare and collectable of course, but the astronomical price fetched by Motherwell is a sign things are hotting up in the collectable market.

Modern Subbuteo is rising in price and it could mean a new generation of players are sitting on a potential goldmine. 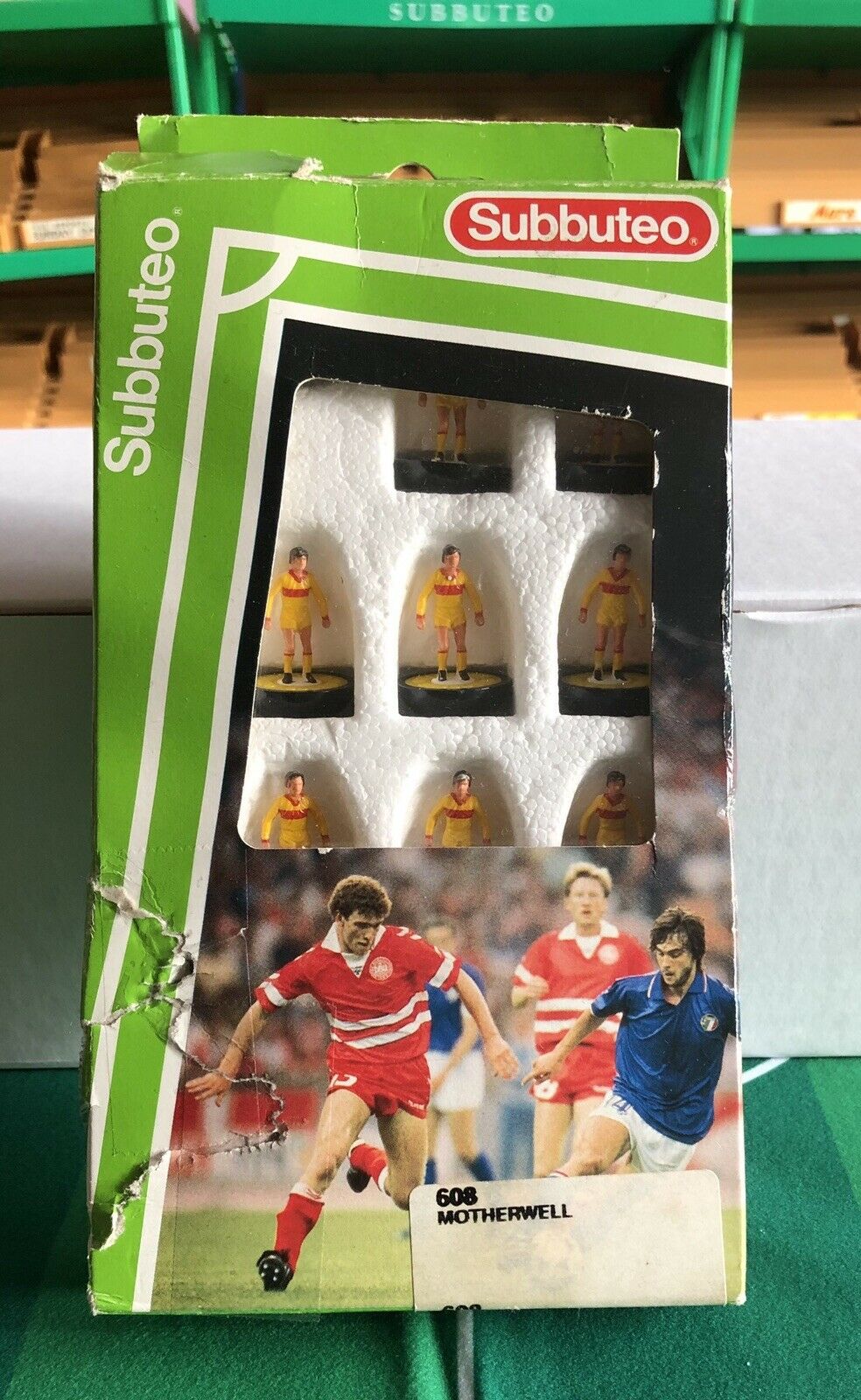 Often referred to as ‘lightweight’ Subbuteo because of the lighter plastic players and machine-printed teams, you can recognise it from the lighter green boxes with windows in to see the players, as opposed to the cardboard dark green ‘heavyweight’ boxes.

The Subbuteo launched in the late 80s and early 90s usually sells for less than £10 a team, with rare examples fetching up to £50 for foreign and rare teams.

But recently even the standard teams are being listed on eBay for more than £10 – and the price trend is currently enjoying a massive upswing.

This means if you are looking to sell lightweight Subbuteo now might be a good time.

A quick check of eBay auction tracker Bidvoy shows the average item with Subbuteo LW in the name is now £16.49 – up from just £11.50 only six months ago. Weekly trends show this is rising by around 11p every seven days.

In short, if you collected Subbuteo in the early 1990s you could be sitting on some green gold. 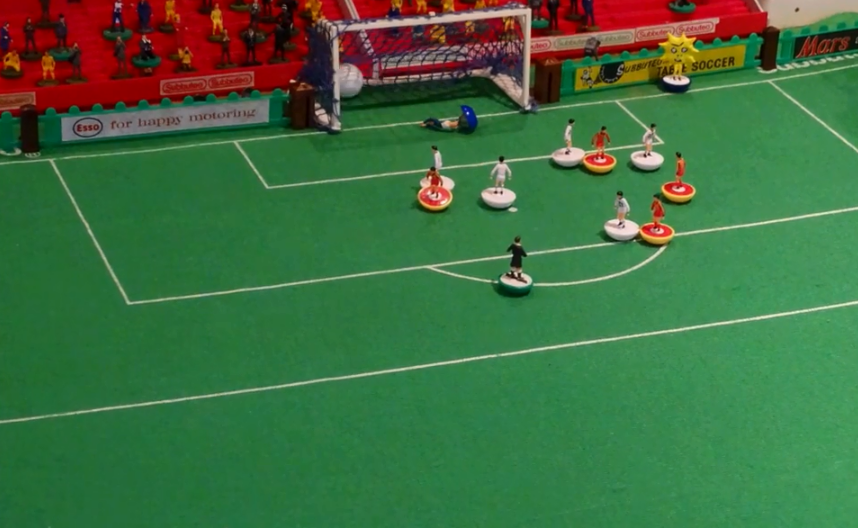 And it’s not just us who have noticed. Subbuteo Collector, whose brilliant Youtube channel can be seen here, says he has seen a trend for rising prices.

“They have increased, but I think as a whole in the last 12 months or so the price of all Subbuteo has gone up. I’ve always felt £10 is a fair price for late 80’s or 90’s LW team, but recently I’m seeing £10 plus shipping which doesn’t help, and leaving a team near £14 sometimes.”

That price is for relatively easy-to-find teams. The likes of Holland, West Germany, Argentina and England in the International sets and Arsenal, Tottenham, Blackburn and QPR in the club game are all fetching prices upwards of £10 on eBay now.

Rarer teams such as Inter Milan and AC Milan are securing prices closer to £15, while the likes of Motherwell are fetching astronomical prices on online auction sites.

But is it just sellers overestimating the price of Subbuteo that is causing prices to rise?

He adds: “Some teams will always command, more money due to rarity, away kits are typical of this, but surely people can’t be asking for £10 for a Man Utd or Arsenal team from the 90’s. It’s like when people want to sell Michael Jackson Thriller on Vinyl. They think it’s worth a fortune because it’s old and Michael Jackson, but in fact Thiller was the biggest selling album of all time, so everyone had a copy, so it’s really not going to be worth a lot. “

That may be the case, but there may be another reason why Subbuteo lightweight prices are enjoying a resurgence – and both Subbuteo.Online and Subbuteo Collector are part of the problem. 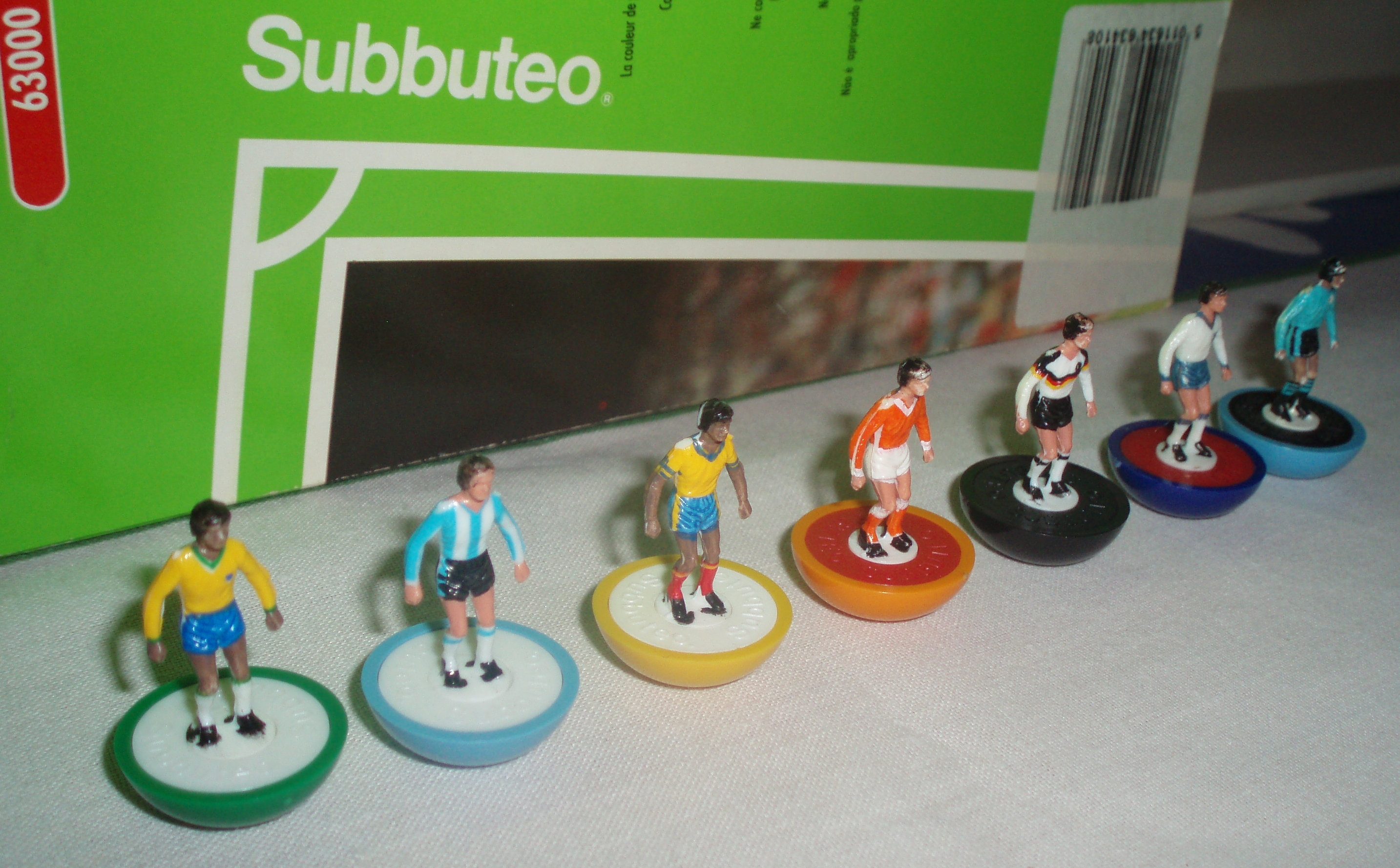 He says: “We may as a community be hurting ourselves and it’s impossible not too. Over Twitter and Facebook I’ve seen the interest in Subbuteo grow loads in the last year or so. The Revival Group on Facebook is great and in the time it’s going has seen loads of members join. But as we move and more people get back into Subbuteo the demand goes up and with less supply the price sadly rises. “

The fact more people are enjoying the game is fuelling demand and basic economics means the price is going to rise as more people discover, or rediscover, the game.

It is not a problem, he says: “I’d rather have a bigger community to talk with about Subbuteo than be able to grab a bargain that no-one cares about.”

We agree. A thriving Subbuteo community is worth higher prices and the cyclical nature of any hobby means they could begin to fall at any time.

What it does mean is that collectors will have a much more difficult time finding that rare Motherwell side while casual players who have older teams hidden away in their loft should really consider selling while prices are high.

So if you were a 90s child with a love of Subbuteo get those ladders out – you could be sitting on some pricey old toys.