Do you own a shed? If the answer is yes read on – because chances are you are doing it wrong.

In less than a year Subbuteo fan has transformed his shed from your standard storage space to a Subbuteo man-cave that has to be seen to be believed.

Featuring two pitches (and more hung on the walls), an old-style Subbuteo stadium with working LED lights and floodlights, and a modern astroturf arena for playing games, the shed is a monument to Subbuteo in all its glory.

On the walls you will see classic Subbuteo posters lovingly hung, while piles of classic and newly-painted teams provide a wide selection for a host of big games taking place in the shed. 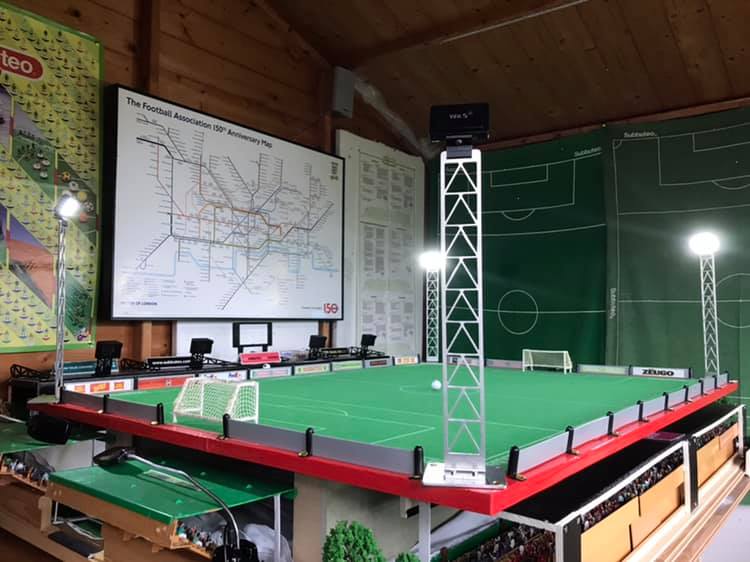 Many people will know Chris as the founder of the excellent Subbuteo Revival Group on Facebook. What is perhaps more astonishing about his setup is that he only started gathering his collection and playing games last year.

He says: “I dread to think how much I’ve spent on my Subbuteo Revival. The new floodlights have been my biggest single purchase, that’s for sure but we do it because we love it.”

The new floodlights, ordered from SubbuteoStadiums.com, allow fully floodlit Subbuteo games to take place (when it’s not too cold). Other nice additions to the stadium include stands on all sides, a small hill with a burger van, proper metal goals and even some trees and model-village style decorations to the stadium.

An astroturf pitch – probably the slickest and best surface for a game of Subbuteo – can fit on top of the existing stadium for when more serious games are needed. 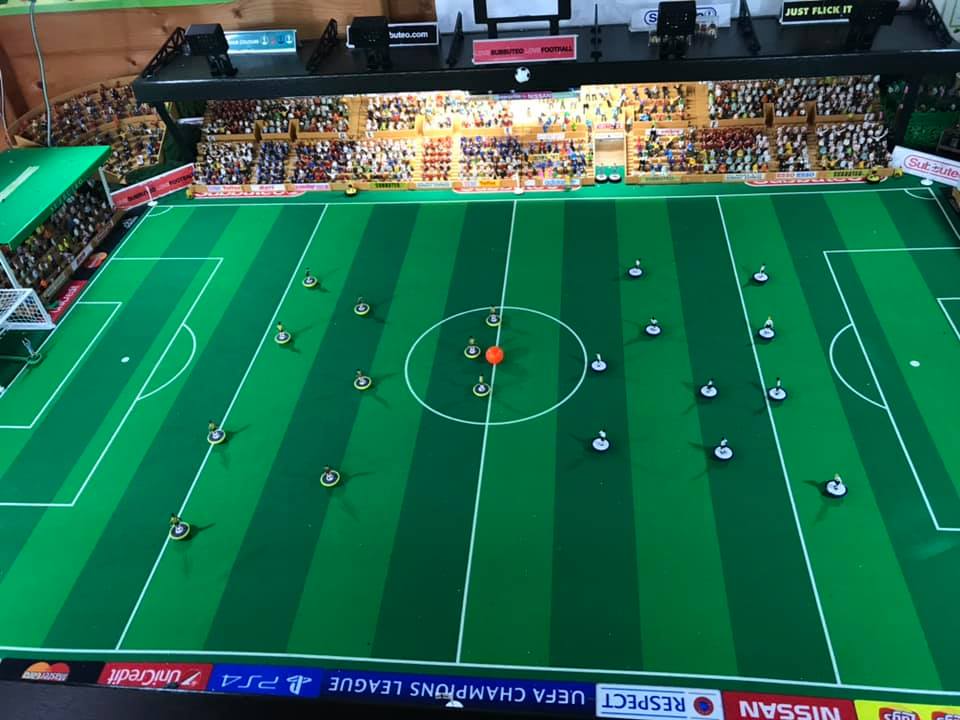 And just look at those shelves. There are teams, box sets, accessories and more from every era of Subbuteo. Other football memorabilia decorates every other bit of free space in what is basically Subbuteo heaven.

Not only that, but Chris’ passion for the game has seen his group grow to nearly 500 members. It’s genuinely one of the nicest, most relaxed places to nerd out and chat about everything Subbuteo. You can take a look here.