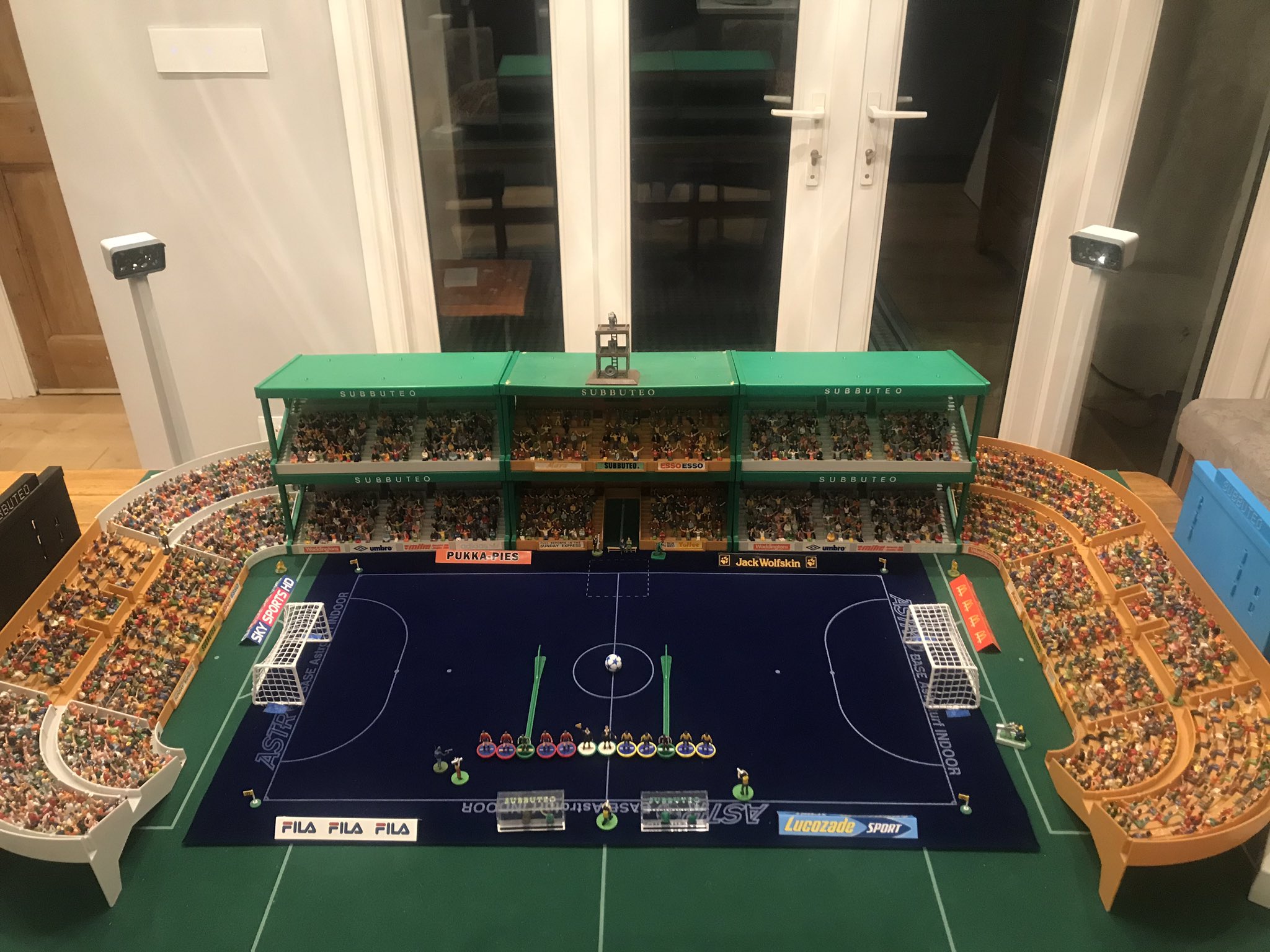 This Subbuteo Futsal stadium is the perfect space-saver

Every Subbuteo collector knows the pain of running out of space.

Whether that’s shelves full of teams and accessories or a table that can’t fit a full stadium design even with the smaller modern pitches, it is not often you meet a Subbuteo collector who is happy with the amount of space in the Subbuteo room.

Jonathan Woodard shared a brilliant space-saving Subbuteo Stadium idea on Twitter and has kindly allowed us to share on here.

It’s such a simple idea you will wonder why you haven’t thought of it before. Jonathan has used a small Subbuteo Futsal pitch bought from Astrobase and a couple of stands and terraces to complete the compact, attractive stadium.

He says: ” I actually have more stands complete with spectators + accessories for a football pitch – but my passion is futsal so with all the spare time at the minute – thought I’d set some of it up!”

Futsal is huge across the world. The small-sided game features a smaller ball for easier close control and encourages good technique, extravagant skills and sharp passing. It is widely associated with produced technical footballers in countries such as Spain and Brazil.

Jonathan adds: “The pitch comes from astrobase in Italy – however – all the spectators and (that’s probably only half in total in the pics) have been individually hand painted by me. Started in the 1970’s – long gap – recommenced recently. Been sitting in boxes in the loft!”

We have seen small-sided pitches before thanks to Flick for Kicks, which produces beautiful tables based on seven-aside games.

However, this is the first time we’ve seen a Subbuteo Futsal stadium and it is definitely a great idea for those who do not have the space for a full set up.