A few weeks ago we asked the Subbuteo community to share their stadiums with us and the results have been incredible.

We have been inundated with beautiful Subbuteo stadiums both old and new and we will be featuring all of them in the coming weeks.

To begin we’re heading to Italy and Alessandro, who has build a continental-style Subbuteo stadium that is straight out of the golden era of football in the late 1980s.

The compact, atmospheric stadium has everything from a single tier grandstand, wrap-around stands using the old beige open-top Subbuteo stands and even custom advertising hoardings featuring the likes of JVC, Mars and Gillette.

We particularly love the ultra banner hanging from the main stand and the style of photography, which makes it look like you are in the stadium itself. 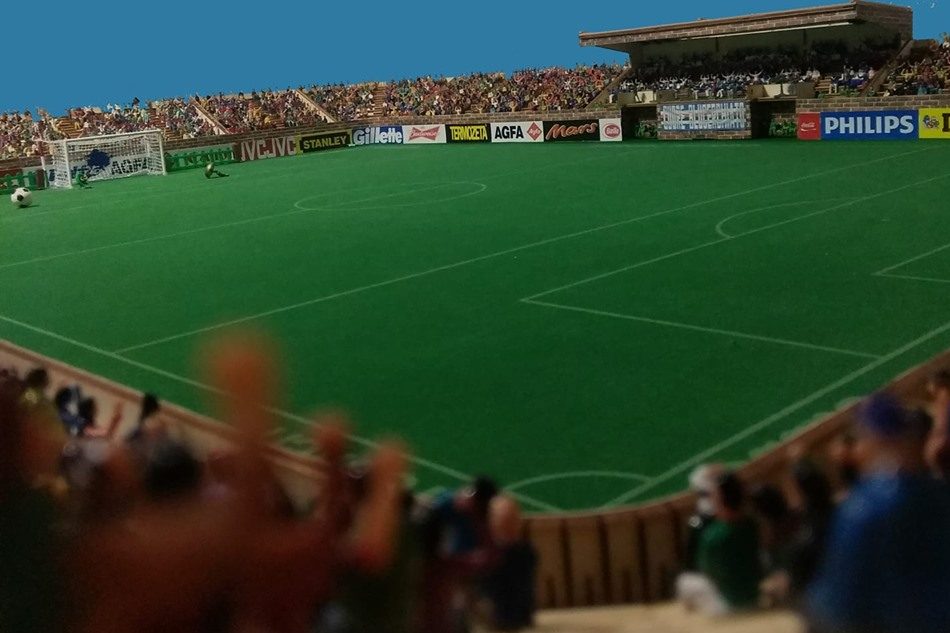 The competition-style goals add a nostalgic feel to the stadium, while the single tier stands means this can actually be played on comfortably if you feel like a flickabout.

Zooming out you can see the incredible amount of work that has gone in to painting hundreds of spectators and there is even a glimpse of a hefty Subbuteo collection in the surrounding cupboards.

Previously we have featured massive Subbuteo stadiums with three tiers and LED hoardings, and even one with an electronic closing roof. However, there is something brilliant about a compact, detailed and playable stadium that makes this one stand out.

With a quality astropitch it is one of our favourite Subbuteo stadiums we have seen. But we have plenty more to come from the ever-creative Subbuteo community.

Thanks to Alessandro for letting us use the pictures. 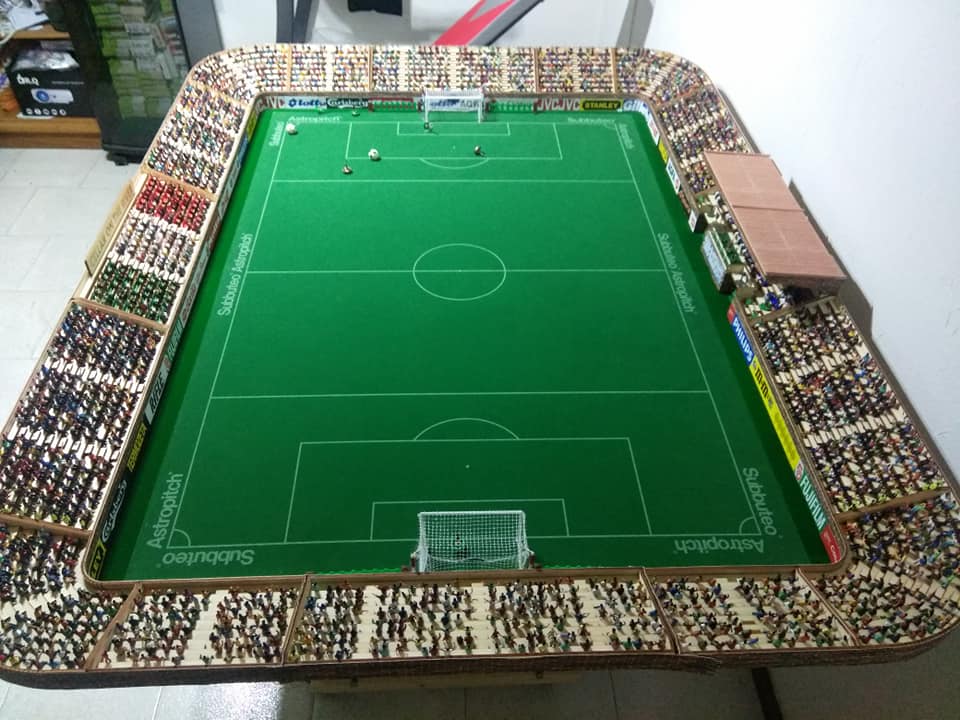