It is the dream of most Subbuteo players and collectors to one day create a room entirely dedicated to the game.

A Subbuteo man (or woman) cave, a themed bar or just a small hideaway to display a collection is always likely to catch our attention here on Subbuteo.Online – especially after seeing what we dubbed the best Subbuteo shed in the world last year.

Fiorentina fan and Nicola Dragoni has kindly shared some pictures of his Subbuteo setup and it could be the best Subbuteo room in the world.

He is president of a Subbuteo club in Castelfiorentino and clearly loves the game as well as having an eye for design.

Nicola has walls of Subbuteo box sets that are displayed on neat shelving displays, as well as a Subbuteo-style roof display on the ceiling. There is even a beautiful old-style Subbuteo logo on the glass door. 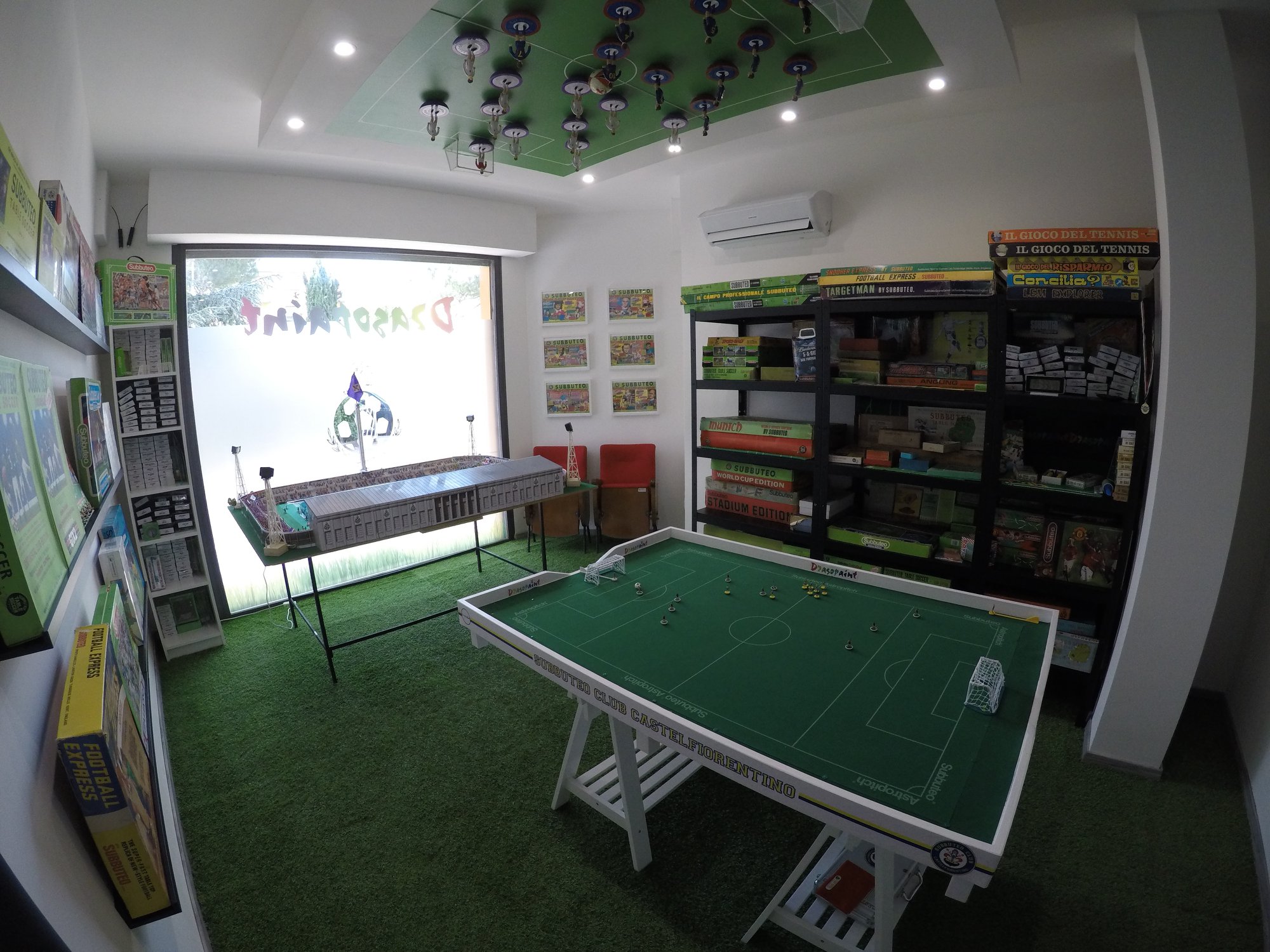 There is the customary TV and more shelves stacked with Subbuteo sets that are not on display – and not one but two stunning Subbuteo tables.

The first of those tables is a neat, compact pitch for playing with plenty of space either side to practise those flick shots.

The second is simply amazing. It is a full stadium setup complete with four sides of stands, working Subbuteo floodlights and a full and detailed crowd that includes plenty of purple and flags supporting his beloved Fiorentina. 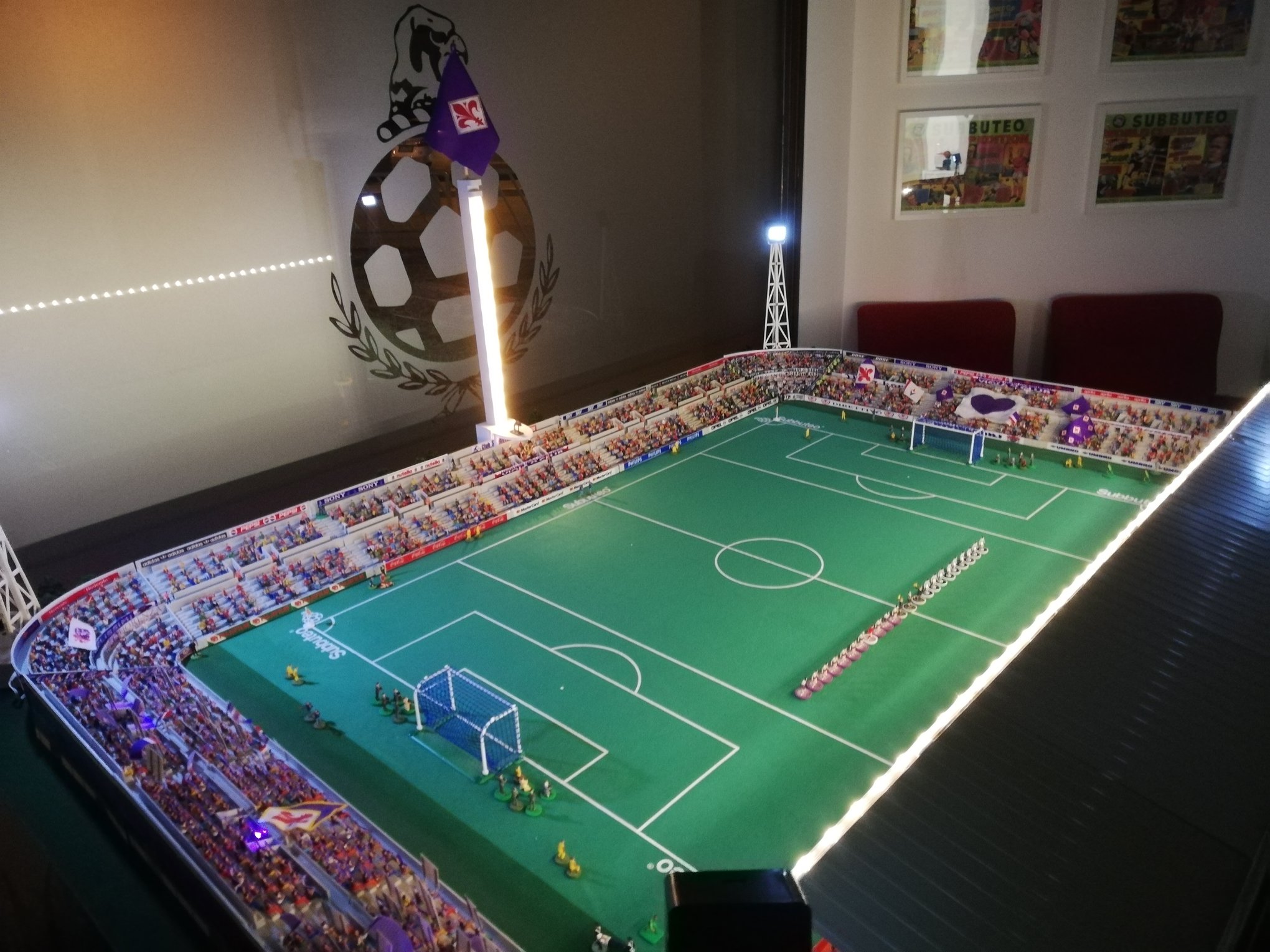 The real highlight of the stadium is a custom feature. Italian fans are know for creating an intimidating atmosphere in stadiums and the crowd in this Subbuteo stadium is no different. The stadium features fans with flares and it actually sends out real smoke – albeit only a small amount to suit the diminutive size of the models. 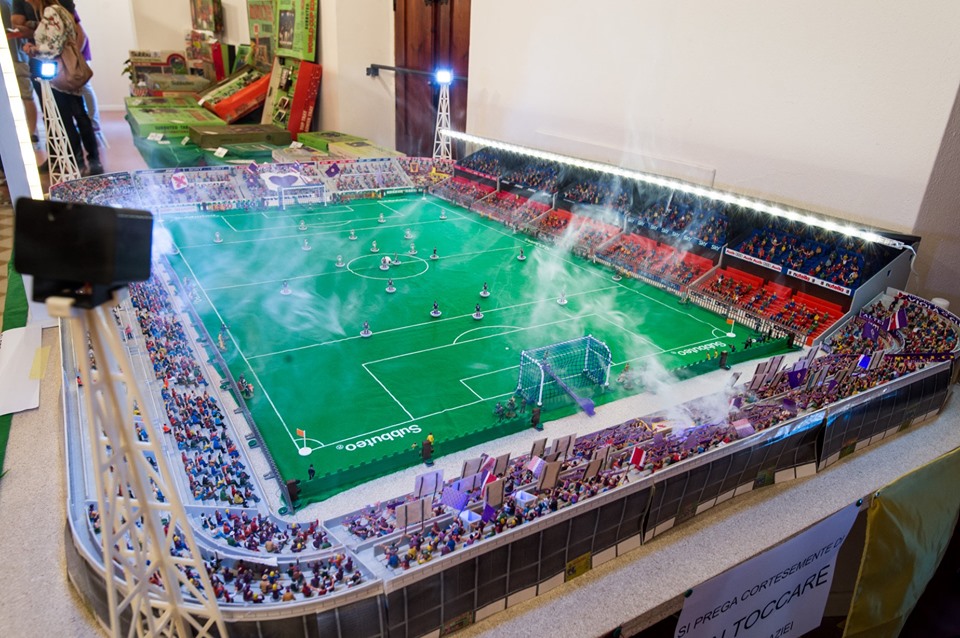 While the room itself is a superb attempt at a Subbuteo room it is this stadium and fun flare feature that really catches the eye.

The room is called the ‘Sala Delle Meraviglie’, which translates to the Hall of Wonders.

It is very difficult to think of a more fitting name for the room.