Subbuteo streakers are a real thing and they are anatomically correct

Subbuteo is no stranger to unusual accessories. From mascots to ball boys, the game has released tens of non-playing figures that help to create an atmosphere.

But one of the most talked about Subbuteo accessories of all time actually affects play during the match – and it is a little bit of a cheeky one.

We are talking, of course, about Subbuteo streakers.

Streakers are a regular occurrence in sporting events now and a scantily-clad spectator even interrupted the most recent Champions League Final between Liverpool and Spurs. So it was only a matter of time before a Subbuteo streaker was made.

It was around 2004 when the Subbuteo streaker was first released and it was sadly not an official accessory. The early 2000s saw owner Hasbro almost forget it owned the rights to the game and new sets were few and far between.

Luckily Tom Taylor, a Subbuteo player who owned the last dedicated Subbuteo shop in the UK in Knighton, was still getting his creative juices flowing and the Subbuteo streaker was his brainchild.

Tom, alongside fellow player and wife Sue, created male and female streakers with the classic Subbuteo bases – and they were not just for show. 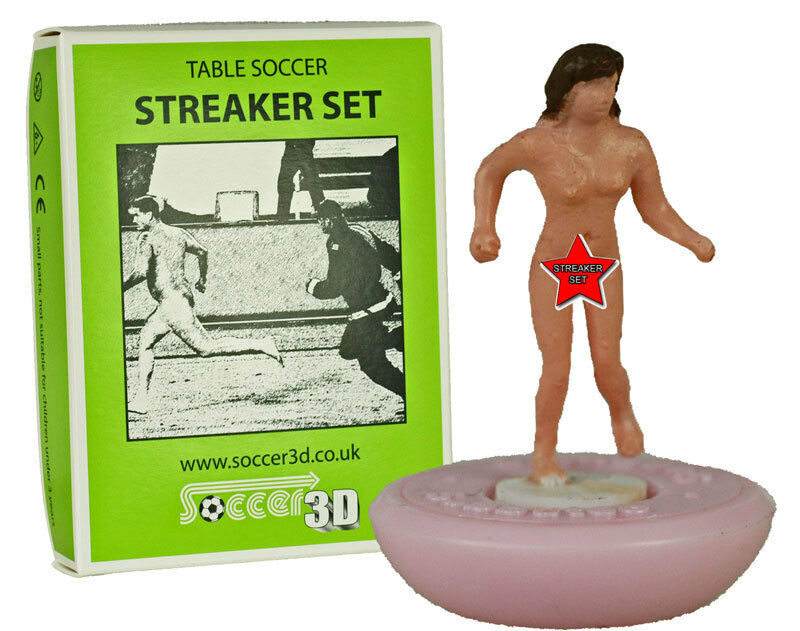 The streakers came with a display box and two police officers to chase them off the pitch. They also came with an instruction manual because players could use the streakers to actually interrupt games of Subbuteo and gain a tactical advantage.

Tom told the BBC: “In real life a streaker comes onto the pitch and it’s of no advantage to anyone, but in Subbuteo you can bring your streaker on – it also disrupts play, but it can also be to your advantage.”

According to Tom the streakers outsold any other Subbuteo accessory in his store. Which says a bit more about Subbuteo players than we are willing to comment on.

And yes, they are anatomically correct apparently.