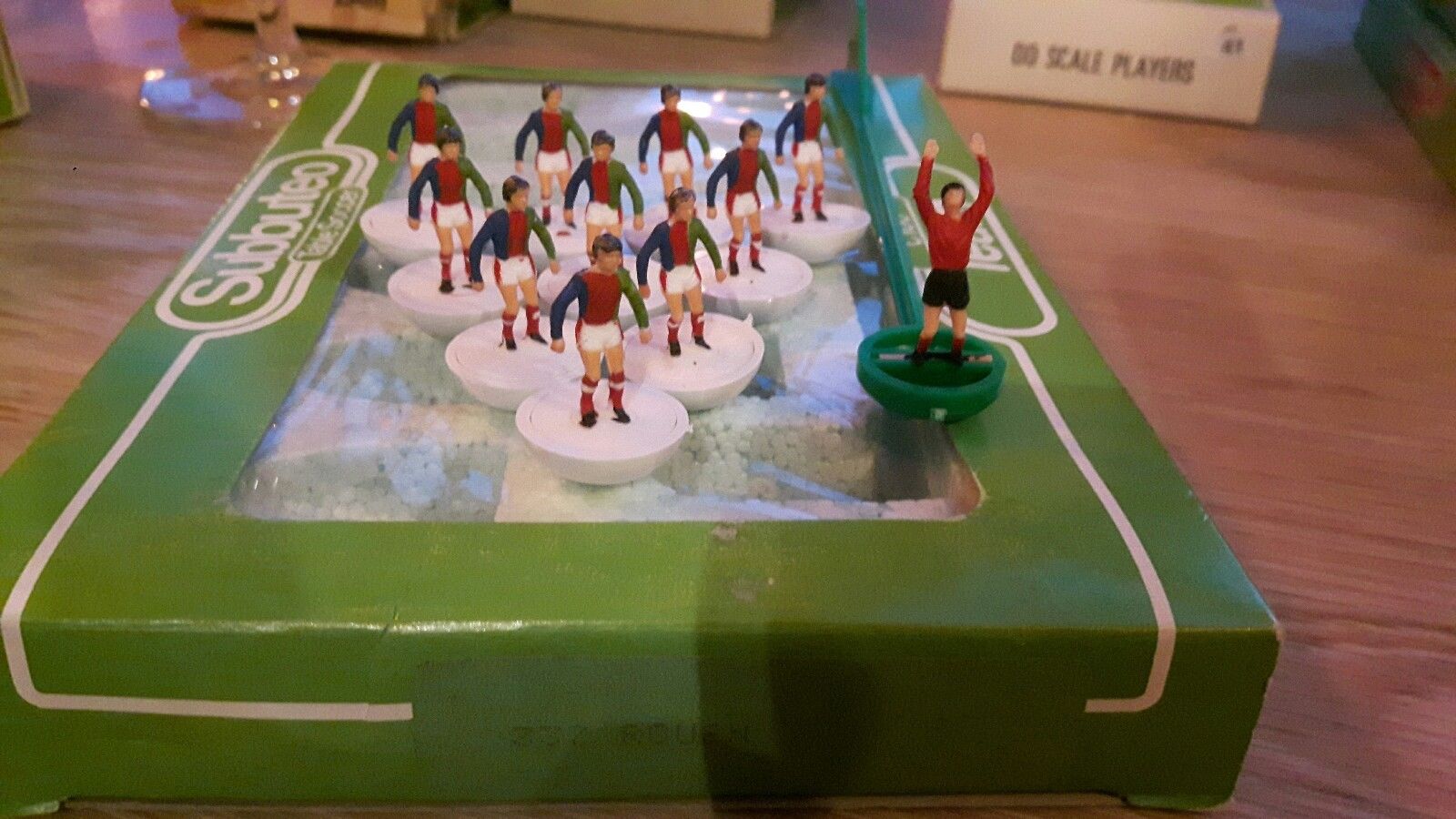 After a baffled Gzira United of Malta were delighted to discover their very own Subbuteo team it was the turn of French fifth division side FC Rouen. With the help of Google Translate and 15-year-old GCSE French, we got in touch with FC Rouen.

FC Rouen are a strange team. Briefly in the top division of French football for three years in the 1980s, the club was mostly found in the second tier until bankruptcy in 1995.

After being relegated to the fifth tier the club briefly made headlines with a run to the quarter finals of the Coupe de France in 1999. Since then a season in the second tier, two more financial meltdowns has seen them settle in tier 5. 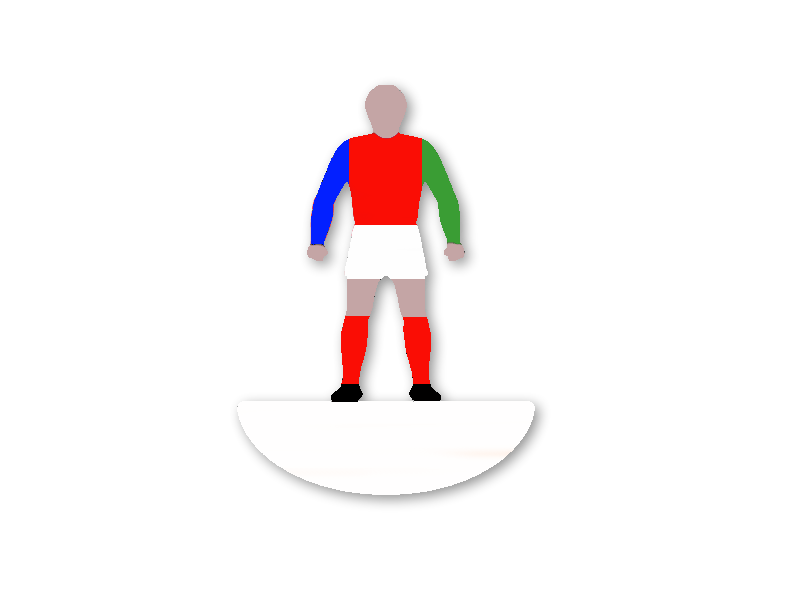 But there are two baffling things about FC Rouen. Firstly, they actually have their own Subbuteo team. It is reference 337 in the old Subbuteo heavyweights and it is one of the most beautiful Subbuteo teams ever made.

The second is that Les Diablos Rouges (or the Red Devils) as they are known almost exclusively play in red and white shirts.

So why does the Subbuteo team actually have a red shirt with one blue sleeve and one green sleeve?

Even Peter Upton, whose Subbuteo site is the bible for all things team colours, is baffled: “Called FC Grand Rouen for a while in the 1990s and are now FC Rouen 1899. Play in red and white, and ref 1 would be fine. The odd Ref 337 (blue, red, green shirts) is wrong and another mystery.”

So we asked FC Rouen if they knew they had a Subbuteo team and if they had an explanation for the unique kit.

The explanation is simple – the Subbuteo reference was created in 1980 and that coincides with the club adopting the blue, red and green kit for a single season. The club even sent us a picture of the side to showcase the stunning shirt. 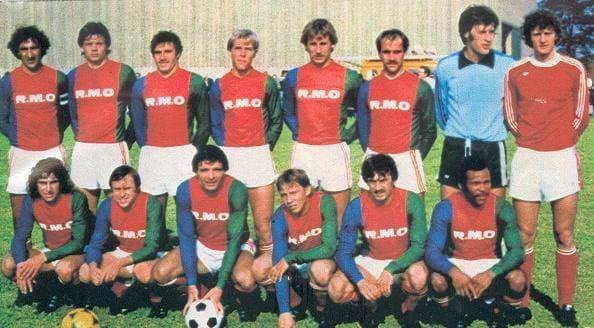 The bad news is that the kit is unlikely to ever return. The club has folded and reformed a couple of times and there has even been a merger. As it stands the club is very different to the one that wore the kit in the 1980s.

When we asked if it would ever return the club says: “No it is not planned. FCR colors are red and white.”

We approached FC Ruoen because a team has appeared on eBay. At first we were suspicious because of the white bases but it seems several French sides of the era did actually use a white base as Subbuteo switched from heavyweight to lightweight teams.

The set is nice and has attracted plenty of interest. At the time of writing the price is £33 from 15 bids and that is likely to go a bit higher before the auction ends.

So there you have it. An incredibly rare Subbuteo team and a valuable one, all based on a fleeting kit used by a French fifth tier club decades ago.

It’s just another quirk of the wonderful Subbuteo range.