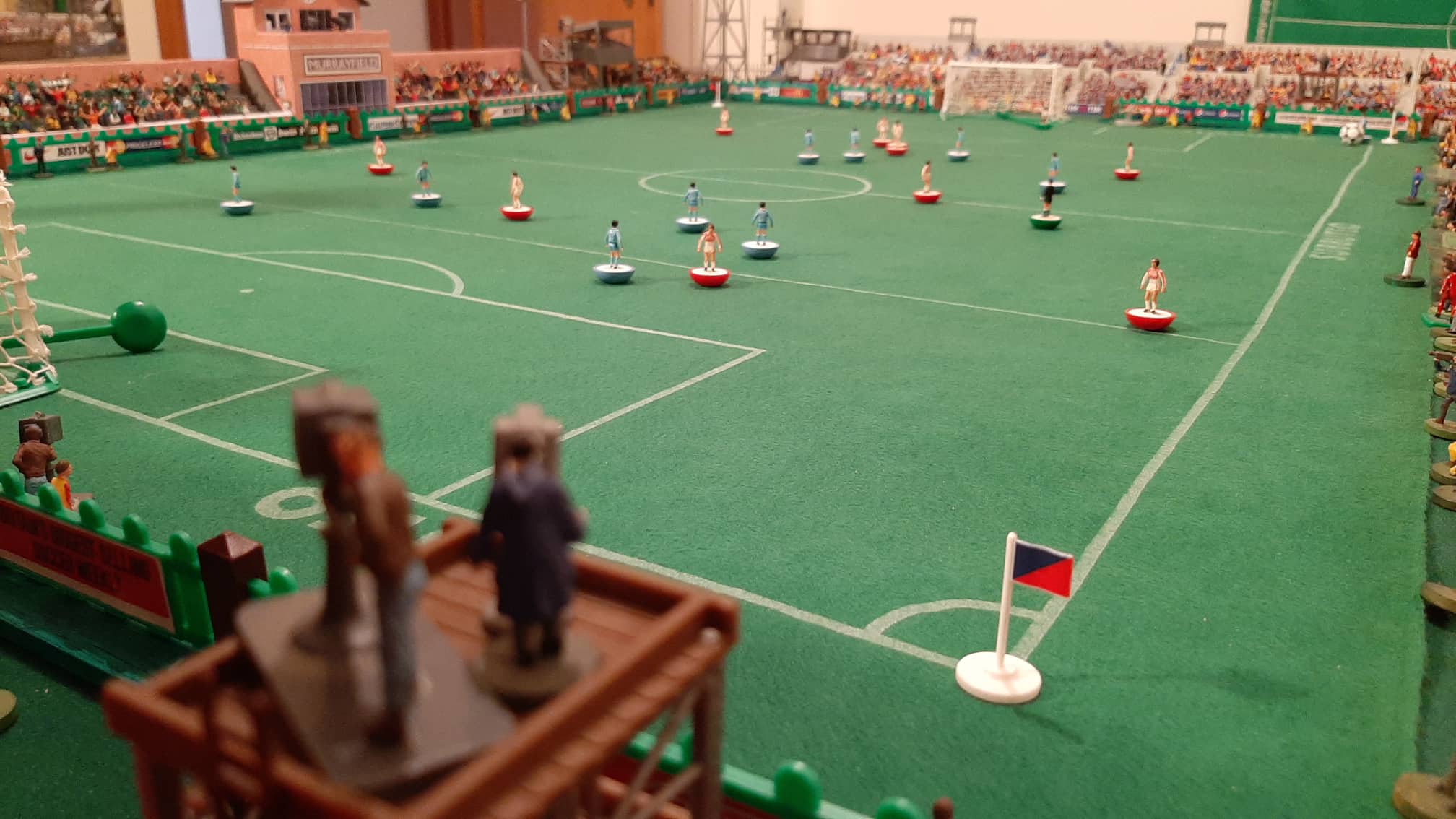 We all know people are experiencing hard times at the moment across the world.

Perhaps nowhere in Europe has been suffering as much as Italy as the coronavirua pandemic has forced the country into lockdown and caused untold misery to people through illness and death.

But at times like these it is always a good idea to search for the best in humanity – and we think we’ve found it.

A group of Subbuteo enthusiasts have launched an incredible Subbuteo project to keep people from becoming bored and lonely while self isolating.

On Sunday over 40 Subbuteo players joined forces to play an incredible Subbuteo league while remaining locked in their homes, providing hours of entertainment and much-needed distraction to those who needed it.

Tables were set up on floors, tables and any space people had and each player then played two matches each. The ten-team league meant 90 matches were played over a few hours and a league table was formed.

Players shared updates online as scores came in and for one brief afternoon everybody was distracted from reality by the nostalgic joy of a fully functioning Subbuteo league.

Pedante Alighieri got in touch to talk about the league: “Last Sunday, all over Italy: 40 crazy players, a 10 team league, 90 matches played each in his own home… on our floors and tables, on pitches, in stadiums…so far and so close..”

“We collected the memberships (40 players) and each played 2-3 games at home.”

The result? Ajax were named the first ever champions while Real Madrid were relegated from the league.

If you’re wondering how it was done – solo Subbuteo is a way of playing the game against yourself. Some players do not use blocking flicks to speed up the action, while all players will try to remain completely neutral for both teams – trying to attack and defend on a consistent basis.

For Italy, the Subbuteo league brought together a community spread across the country but all ravaged by the pandemic. While games carried on people chatted, shared scores and pictures of their matches in a forum, with 27 pages created in just a few hours.

There were even funny pictures of players and Subbuteo setups as they played.

One member said: “It was fabulous to follow you yesterday and the experience made me proud to be part of this movement.”

Finally, one participant summed up the whole event. He said: ” You have given us a carefree day, which is golden in these times.”

And this Sunday they are doing it all again. Alighieri said: “Next Sunday we reply: a participation from all over Europe would be nice! More important: the advice, here from Italy, is to stay responsibly at home, limiting contacts with others only to cases of extreme necessity!”

We’ve all done our own Subbuteo leagues in our bedrooms as children but bringing that joy across an entire country during tough times is a fantastic idea and yet another reason why the Subbuteo community is so strong.

While we can’t match the scope of this incredible Subbuteo league, Subbuteo.Online will be holding a cup competition for English solo players while in self isolation.