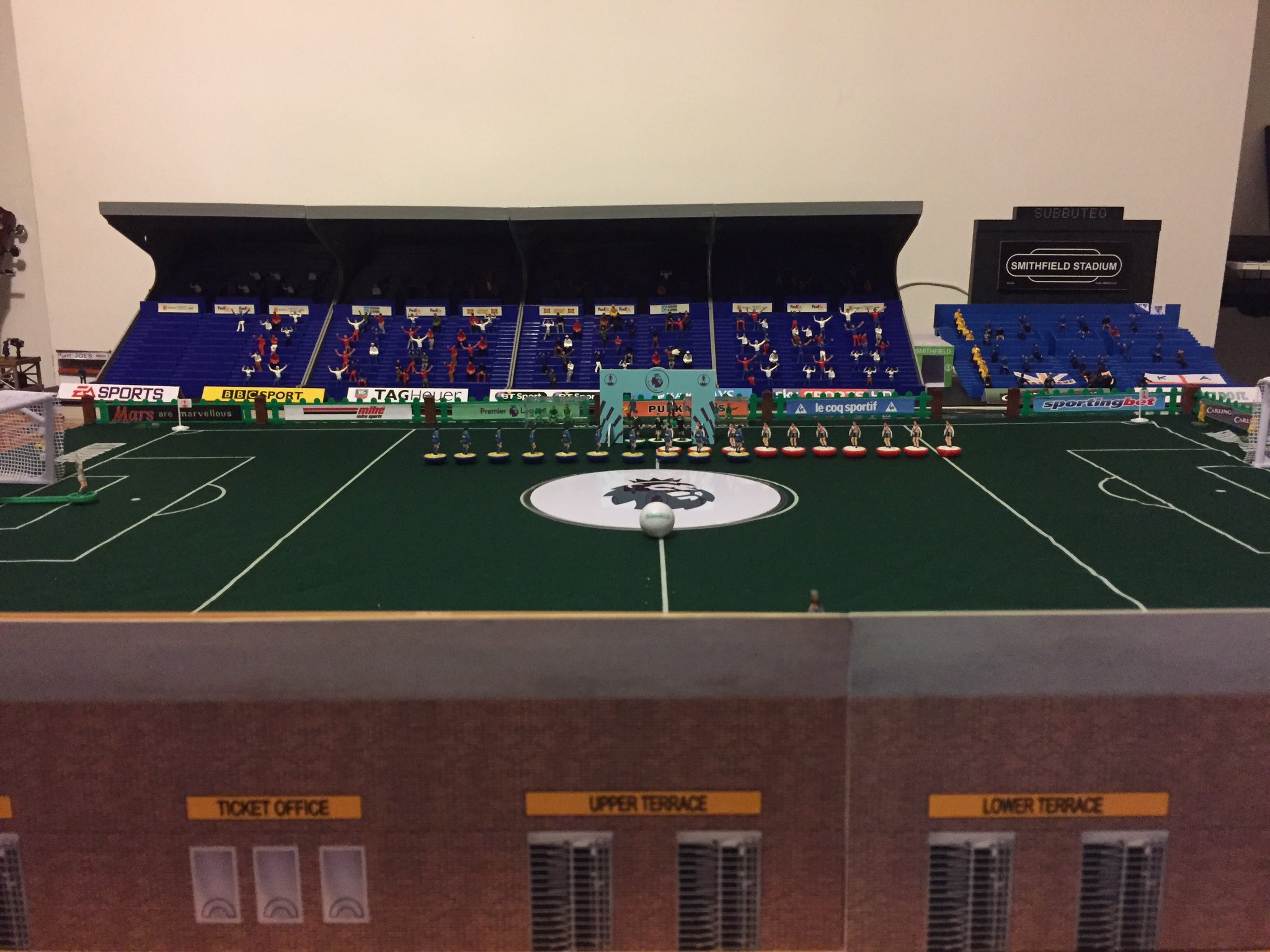 The penultimate weekend of the Subbuteo Cup 2020 is here and four teams remain.

Rangers vs West Ham and Sheffield Wednesday vs Burnley will kick off at 3pm today.

After four rounds played by over 50 people across the world we have just three games left. Games have been played by players solo or against housemates and we’ve got two superb venues for the semi final.

Sheffield Wednesday vs Burnley will take place at Neil Smith’s Smithfield’s Stadium, while Rangers vs West Ham will be handled by Andrew Newman.