Is this the most frustrating Subbuteo League table of all time?

Over 13 years ago Scott did what any Subbuteo fan would do – create a Subbuteo Solo League against himself to decide the best Subbuteo team in his house.

Hundreds and thousands of us have done the same – but probably very few got as close as Scott in completing an entire league season.

We’ll leave Scott to tell the infuriating tale of the Subbuteo League that never was.

He Tweeted: “Stumbled tonight upon these artefacts from another world, another lifetime. When I was 13 I would play Subbuteo against myself (a tragedy all its own), ten minute matches, and spent hours upon hours writing up the results and working out the league tables.

“I would sit there alone on my bedroom floor determined to be impartial in how I played each match, commentating over proceedings in a cringey impersonation of Barry Davies. God, I was so happy.”

All well and good. Until we come to the next part:

“I remember once playing a round of fixtures in the hallway of my granny’s house and at one point she walked right over the pitch, completely oblivious, and stepped on Phil Babb, crushing him. I was too polite to get upset and so just ruled him out for the season.

“This is the bit that gets me, however: in a 38 game season, I got as far as week 36 with three teams tied for top spot… then stopped. Twenty years later I don’t remember why. Maybe there was no reason. But it makes me feel quite sad.” 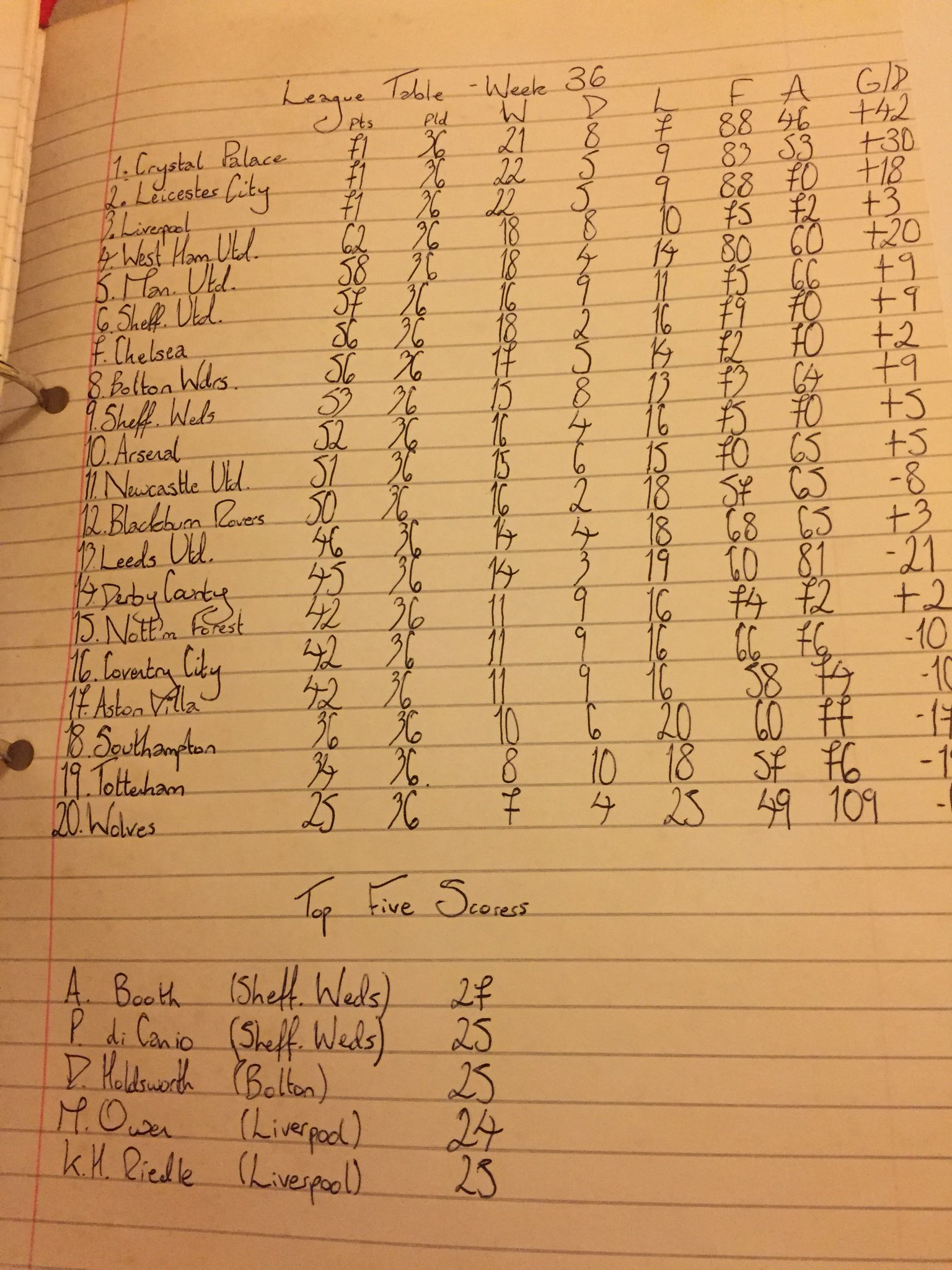 Scott’s league ended after 360 matches with just 20 more to go to complete the season.

It also ended on a knife-edge, with Crystal Palace, Leicester City and Liverpool tied on 71 points at the top of the table.

Meanwhile, Wolves, Tottenham, Southampton, Villa, Coventry and Forest were all in danger of the drop. 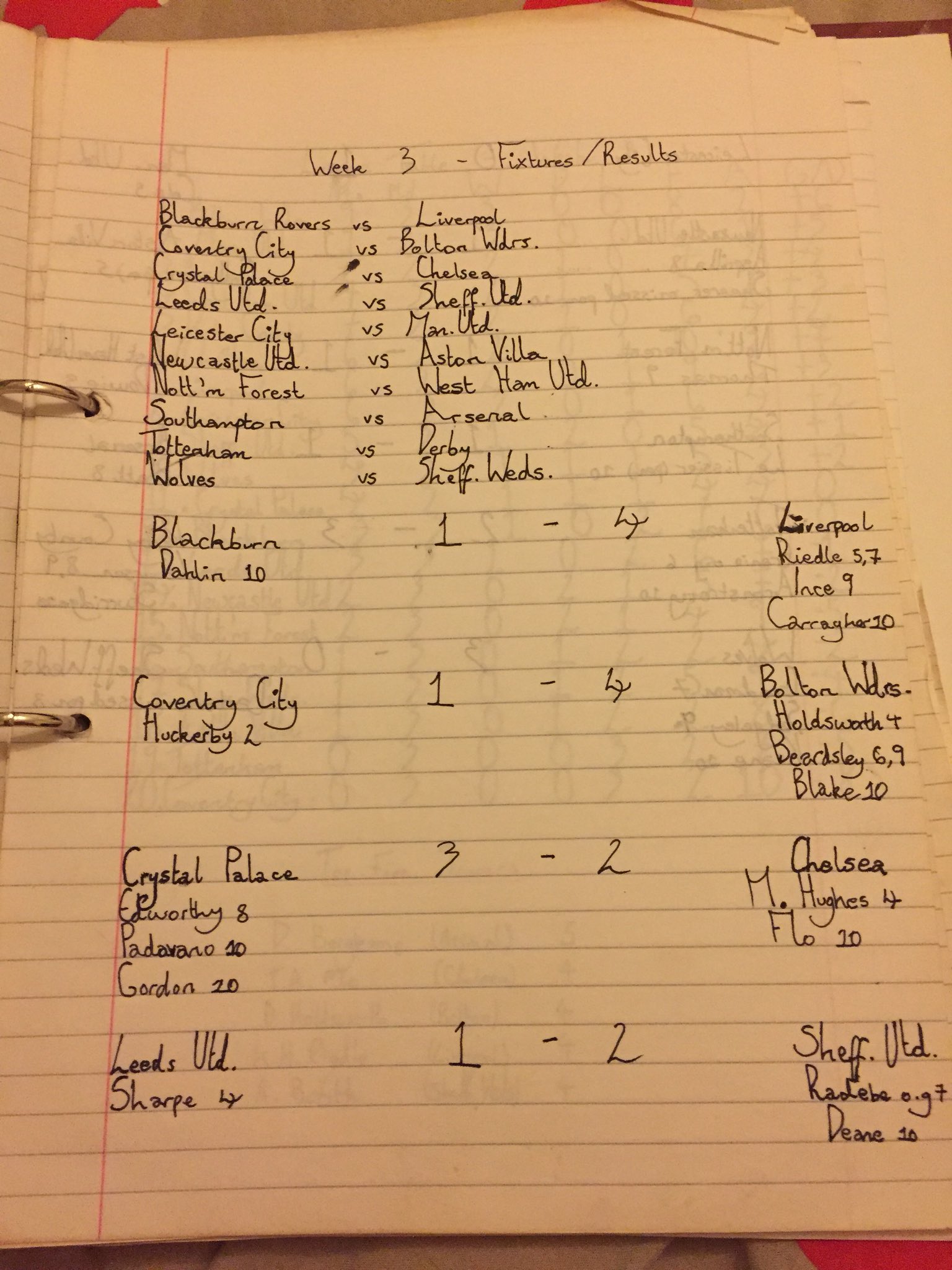 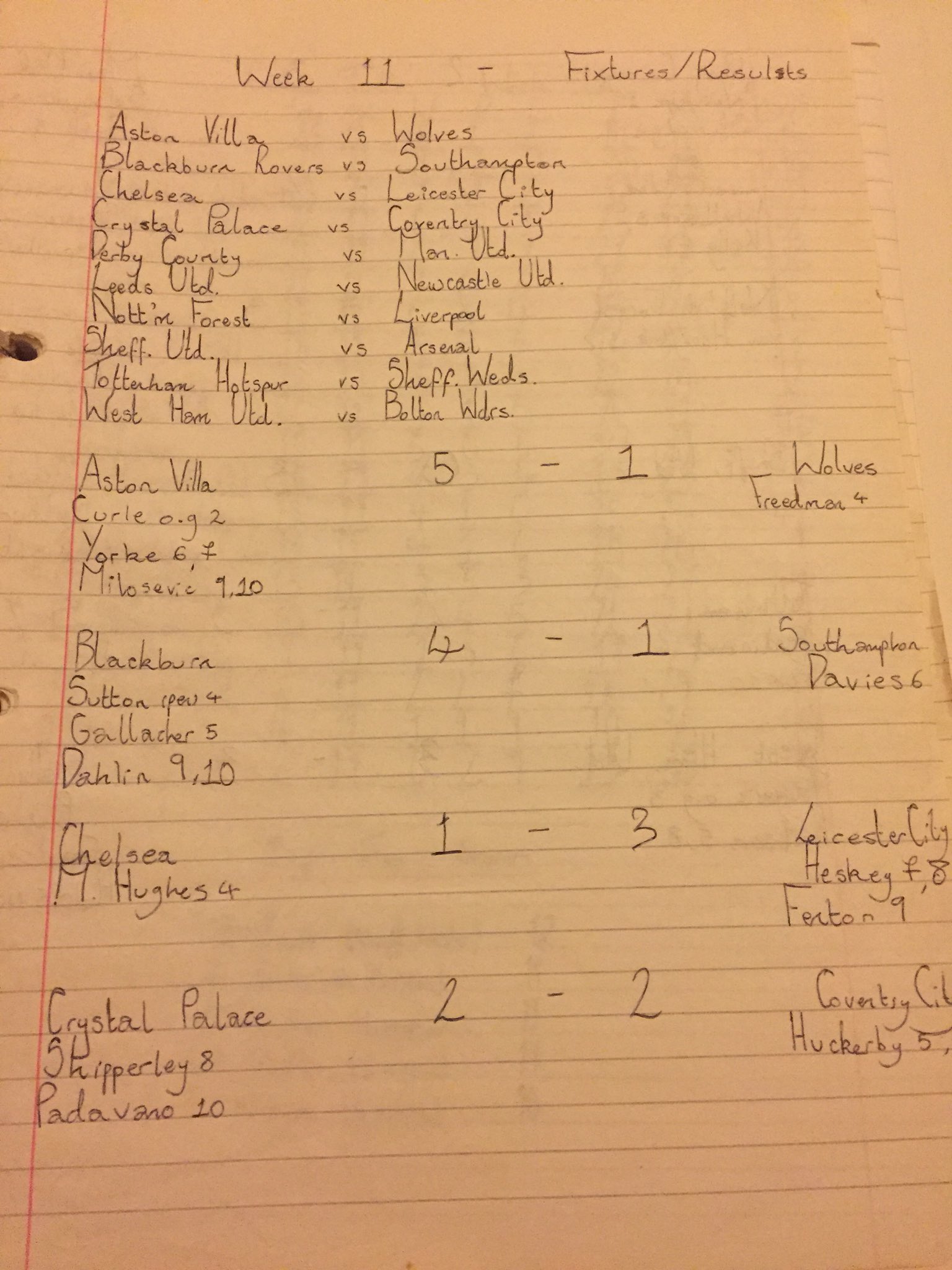 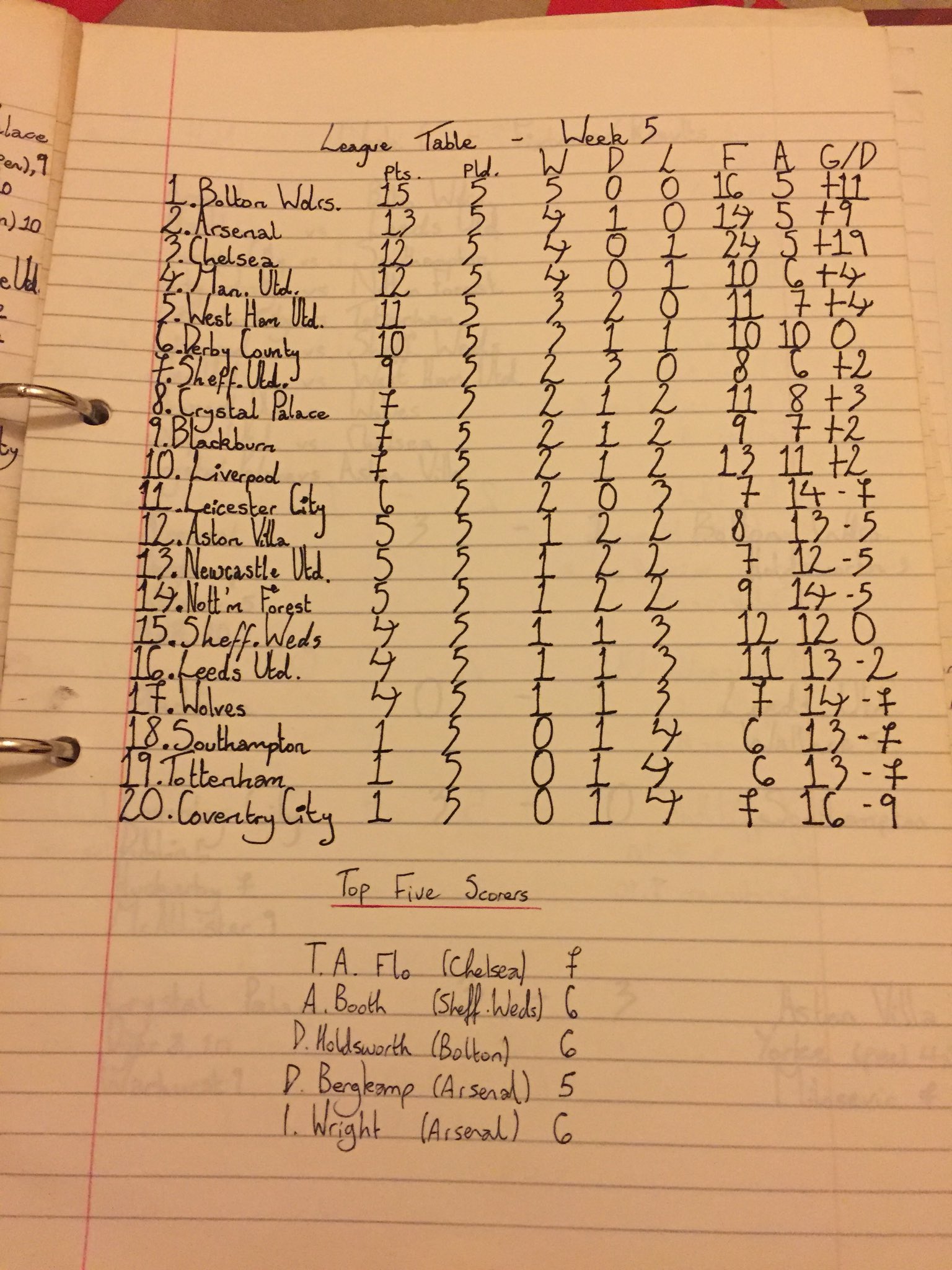 The league also showed Sheffield Wednesday were the great entertainers, with Andy Booth leading the goalscoring charts with 27 goals and Paulo Di Canio closely behind on 25.

Dean Holdsworth of Bolton Wanderers had also scored 25 goals, followed by Liverpool’s Michael Own and Karl-Heinz Riedle on 23 and 25 respectively.

The sheer effort put into the league, the meticulous notes and the unusual group of teams in the league are classic Subbuteo fare – the fact he came so close to finishing the league and then stopping is frustrating but a great little bit of Subbuteo nostalgia from the 1990s.