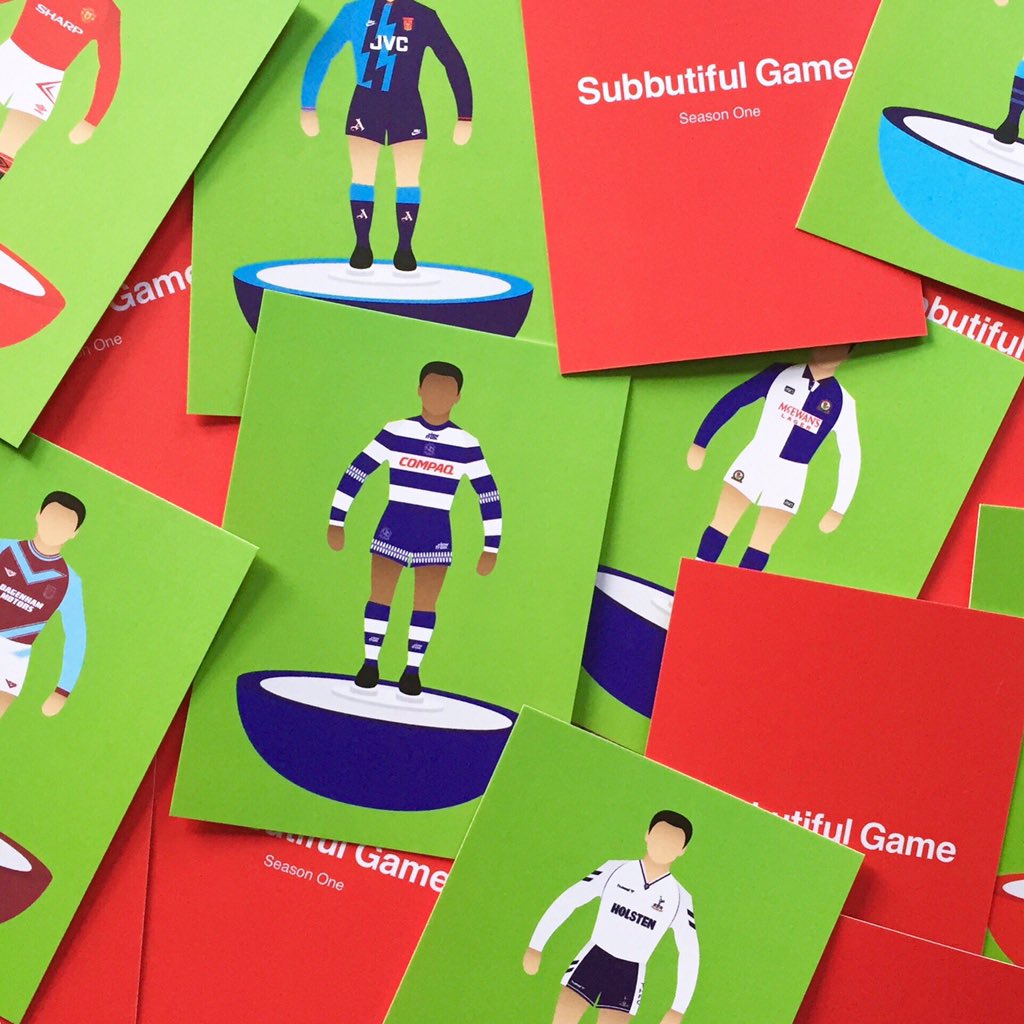 You can now buy Subbuteo postcards and they look fantastic

A fan of Subbuteo and classic football kits has brought the two things together – and the results are impressive.

Graphic designer Bert Draws (bertdraws.com) has launched a collection of Subbuteo-themed postcodes featuring some of the Premier League’s most iconic classic kits.

We caught up with the designer to find out more about the inspiration behind the collection. He says: “The series is called ‘Subbutiful Game’ and the plan is to simply explore and illustrate all of the stunning football kits that we’ve seen over the years/decades, using the classic Subbuteo player to showcase them.

The next Season(s) may or may not go on sale, depending on how this first set goes and whether people are interested enough in buying the postcards.”

The teams include Liverpool’s famous Adidas kit of the early 1990s and other kits from that era including Spurs’ Holsten Pils shirt and Arsenal’s JVC shirts.

Bert says: “My favourite kits, where do I start?! Being biased, all of the shirts that I illustrate are ones I’ve particularly liked. However, if I had to narrow it down for you, I’d have to say these;

We can’t really argue with those choices and the bold design of the cards make them a perfect collector’s item for fans of classic kits and Subbuteo.

You can see the postcards here. They are priced at £5 each.