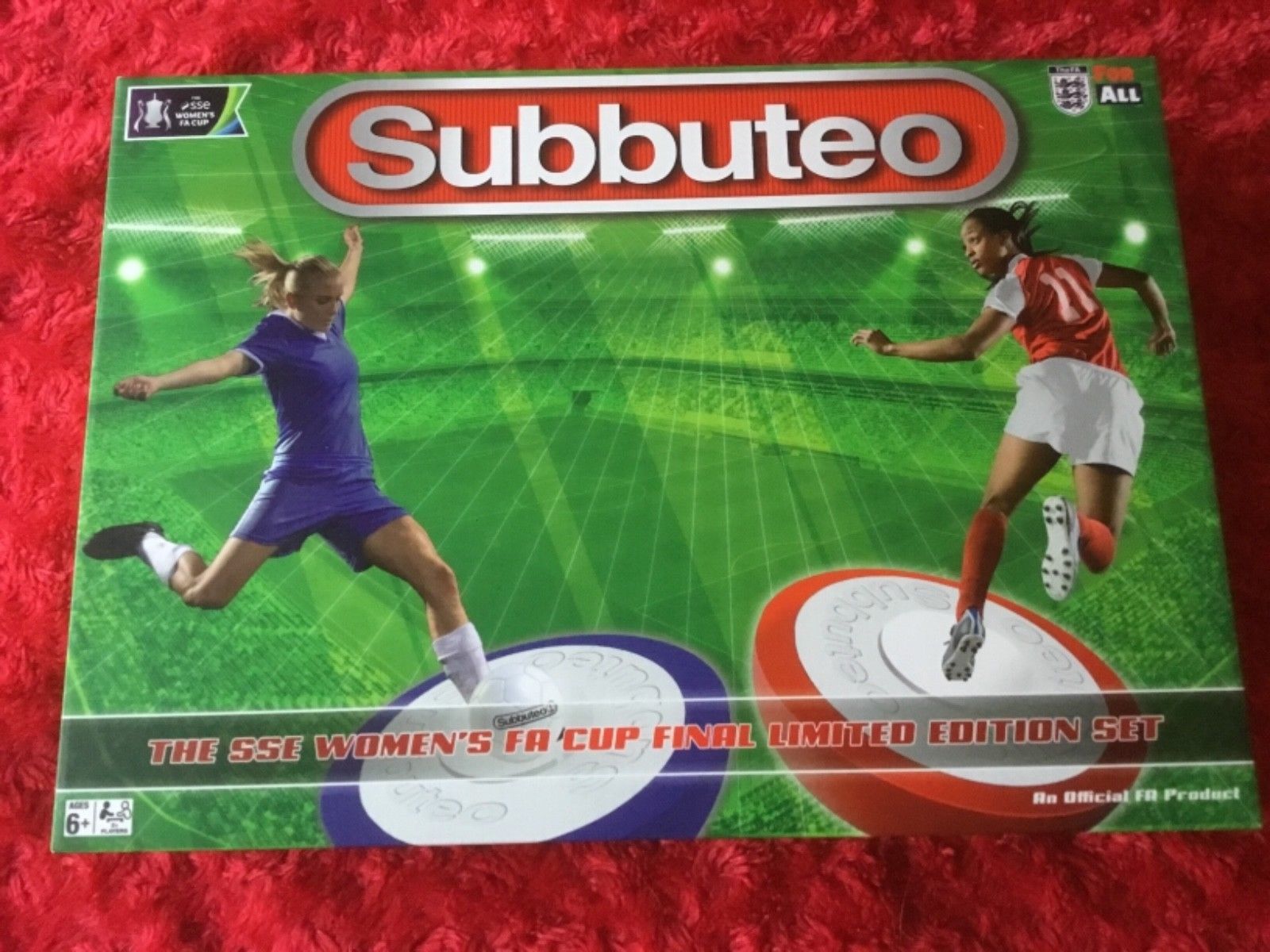 But we’ve never had one using a Subbuteo.Online article to try to squeeze more money out of Subbuteo fans.

A Women’s FA Cup Final set – an incredibly rare set given it was never actually sold but was instead given away in badly organised competitions – has been listed for sale on eBay and has already fetched a price of £107 from a number of keen bidders.

The seller has obviously seen how well a previous set did as the description says:

“According to Subbuteo Online, the blog for people who play this game, the set is so rare the last one offered on ebay went for £261.

“Let’s see how much this one gets!”

While we appreciate the nice words about the blog we can’t help feeling this has missed the point a bit. However, we can’t really blame the seller for wanted to sell it. With a price of £261 for the last on to appear on eBay, and a buzz around the Women’s World Cup it would make sense to sell now if you are not a Subbuteo collector.

After all, the price is only set by those who are willing to bid on it.

As over six million people watched the Women’s World Cup this set might even outstrip the previous seller considering it has four days left at the time of writing.

But what it does show is that Hasbro, which owns the rights to Subbuteo, has missed a massive opportunity here. If a collection of bidders are willing to pay over £100 for a new Subbuteo set imagine how much money could be made if they were to put them into production?

Apart from inspiring a new generation of women to play the game, collectors would be keen to part with £30 for a Women’s Subbuteo set – something they are not willing to do for the half-hearted men’s efforts of recent years.

Even a limited run of a couple of hundred boxes would sell out to collectors – and we know Hasbro has a Subbuteo mailing list that would help those who want the sets get to the front of the queue.

Subbuteo thrives on rarity and Hasbro could manufacture that with a series of high quality, interesting sets and teams with a limited run. This would bring in revenue, create a collector culture and inspire new fans of the game.

At the moment it seems they bulk produce teams nobody actually wants or simply don’t release the sets people do want to see. It’s all or nothing, with no fine balance based on what the market demands.

As it is the Women’s sets – which gained national newspaper coverage when released – were given away in messy competitions that nobody really knows when or where they took place. A few sets were given away to non-Subbuteo fans to sell for massive profits that Hasbro won’t even see.

By now we all know Hasbro simply does not care about Subbuteo as a product or a brand. It has no intention to take advantage of a massive surge in popularity for the game in recent years and is happy to see the brand simple disappear from view entirely.

Even when it does produce new sets it decides not to sell them – despite clear evidence they are in huge demand. With a Women’s World Cup and a hefty community of fans this is just another massive own goal for the custodians of the game.

There is a reason the set on eBay is fetching ridiculous prices. Subbuteo fans simply have no confidence any more interesting sets, teams or accessories will be on sale in future.

If Hasbro wants to fix this they can. But do they even want to?

If you’re interested in how much the set fetches you can see the listing here.