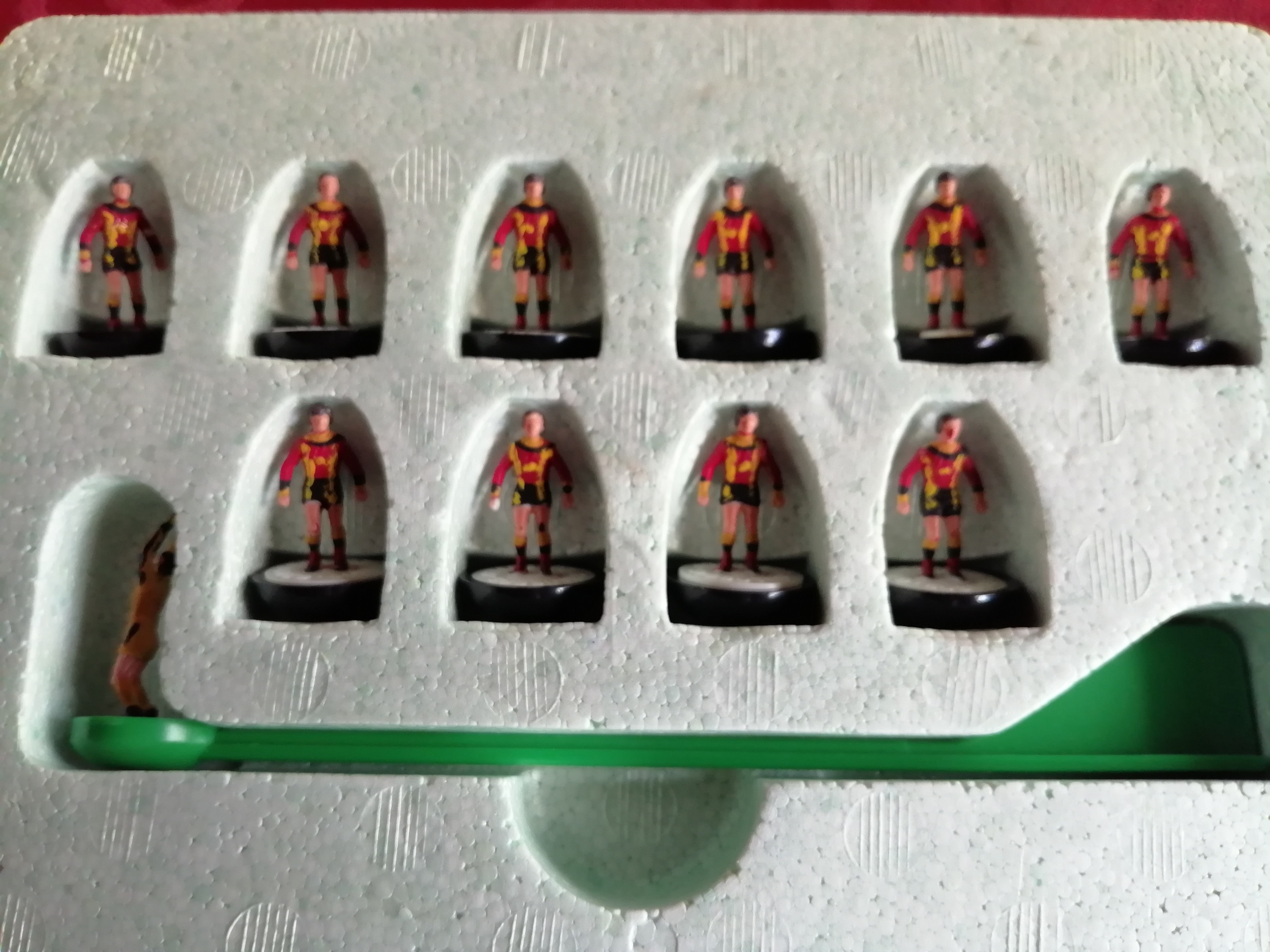 Can you help save this boot sale haul of rare Delacoste Subbuteo teams?

Readers often send in pictures of their latest Subbuteo finds, collections and stadiums and occasionally a rare gem comes up.

Unfortunately there are also Subbuteo teams that were once rare and valuable but are either in poor condition or have been painted over.

A buyer living in France sent us a picture of a boot sale job lot that is made up of some exceptionally rare but repainted Subbuteo teams – but he now needs the help of Subbuteo collectors to see if they can be saved.

Delacoste was a French company that was given the rights to produce sets in the mid-1970s recreating a range of French teams such as Monaco, Bordeaux, Lyon and Lille. It also included a number of lesser known sides such as Laval and their Wolves-esque golden shirts, Avignon and Tours.

The range initially included just four teams from outside of France but was quickly extended to include 32 others, a set of international sides and even rugby teams.

Subbuteo Delacoste, as expected from a range made in a country that never really embraced the game, is quite rare and the likes of Laval can fetch three figure sums on eBay when they are made available to auction.

Andrew, who sent the set, says he picked his Delacoste sets up at a French boot sale and wanted to know a bit more about them. We spotted a number of international sides including Spain and Austria in the box – but nearly all teams had some sort of painted modification.

The French club sides such as Laval and Rouen, and Brazilian side Botafogo are all heavily painted over and that means the value is going to take a major hit.

Andrew asked us to share the collection to see if any more can be identified and if any Subbuteo restorers have tips on whether anything is salvageable. He also says the collection is available to buy if anybody is interested – drop us a line on subbuteoonline@gmail.com if you want to get the details.

Elsewhere in the collection there are some nice Subbuteo posters and a more modern box set that will retain some value – and that means the boot sale find was not completely in vain.