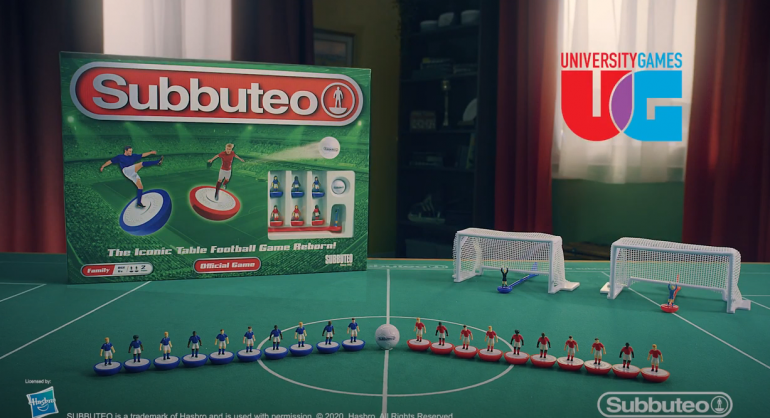 John Motson announced as ‘the voice’ of Subbuteo

Legendary sports broadcaster John Motson has been revealed as the voice of Subbuteo for the brand’s new TV slot in the UK.

Earlier this year University Games, Subbuteo’s UK distributor, launched a new TV advert for the table top football game as part of a major relaunch for the brand.

Alongside new sets University Games promised the biggest marketing campaign for 20 years to support the game and they have now signed up one of the biggest names in football.

John Motson has recorded a voice over for the Subbuteo advert and it is set to appear on TV for the first time on 10 August.

John said “It has been a pleasure to work on this commercial, Subbuteo is a game that I remember well and I have many happy memories of playing it with my own family. I hope this new TV advert will help ignite the passion and bring the game to a whole new generation of fans.”

The broadcaster, who has commentated on over 2,000 games since his debut in 1971, excitedly announces the return of Subbuteo over the TV slot, which features a grandparent playing Subbuteo with his grandchildren while watching football on TV.

The signing of a big name voice over will be seen as big news for the brand, which often worked with footballers and managers between 1960 and 1990 to market the game. Previously the likes of Bill Shankly, Ian Rush and Sir Alex Ferguson have been pictured playing the game as part of the brand’s marketing activity.

The new advert was revealed on University Games’ Youtube channel today. You can see the full advert with new voice over here.