River Plate booked their place in the Copa Libertadores final after a late penalty against Brazilian giants Gremio.

The Buenos Aires club will now face either Palmeiras or arch rivals Boca Juniors in a mouth-watering final that represents the biggest trophy in South American football.

A Superclasico final is looking likely with Boca taking a two-goal lead into their semi-final second leg today and if they do progress it could pit two of the most iconic football kits on the planet against each other.

We’ve written before about Boca Juniors’ classic Subbuteo shirt with yellow horizontal stripe and its immortalisation in Subbuteo.

But when cross-city rivals River Plate were awarded the first dedicated Argentine Subbuteo club side by the table-top game, things went a bit wrong. 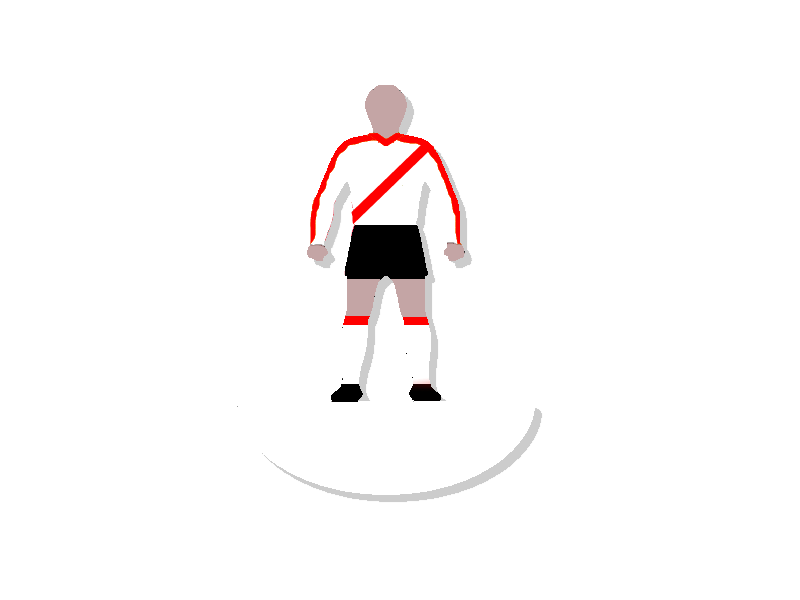 The team is reference number 059 and was launched as part of the early heavyweight range in the 1970s but the choice of kit is baffling. River Plate famously used the red sash in the early 1900s, years before Peru adopted it as their iconic international jersey.

Even the River Plate badge adopts the famous diagonal stripe so it is difficult to understand why Subbuteo adopted a horizontal stripe instead.

It is another quirk of the early Subbuteo range and one that was quickly corrected on the 059 reference kit.

A newer River Plate team was launched in the mid-1990s with the correct shirt and black shorts. Reference 794 is just as rare as the original however, and sells for around £40 on eBay and other sites. 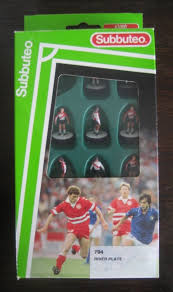 In fact, River Plate is one of the rarer Subbuteo teams in heavyweight and lightweight guises.

As with potential rivals Boca Juniors, there are other ways to grab yourself a Subbuteo set representing the famous Argentinian club.

La Leggenda, the more modern range based around historic club sides, did a version of the 1986 River Plate side and modern Top Spin sides are also available painted in the River Plate colours on eBay for less than £15.

They even have the correct kit – something the original and rare Subbuteo team did not.