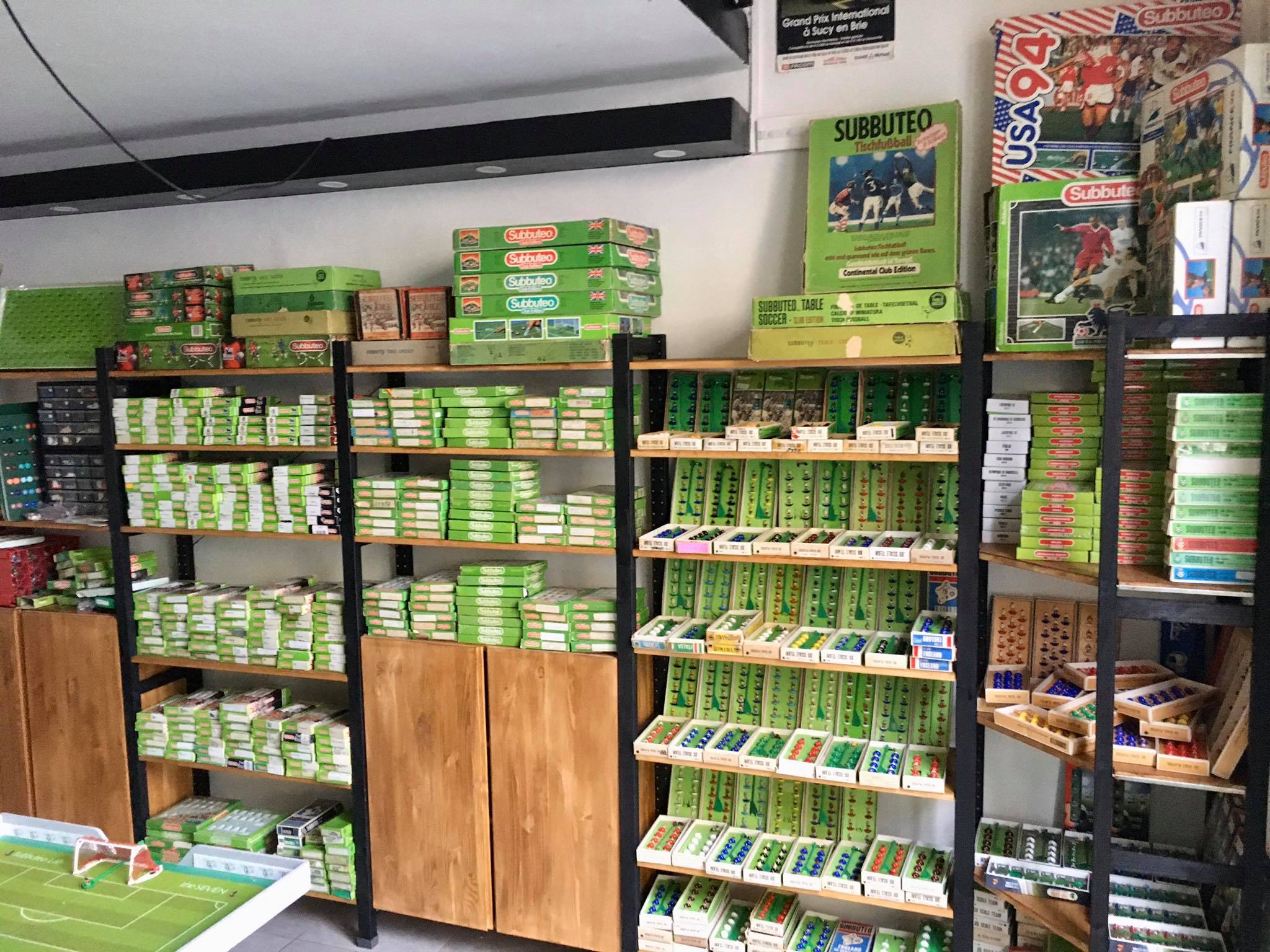 The world’s only Subbuteo shop has opened its doors in a new city and it looks amazing.

Subbuteo Lab first opened a couple of years ago in the Certaldo region of Florence in Italy. However, earlier this month the shop closed its doors in the town.

It has now reopened in the city of Florence and the first look inside the doors has been revealed on the Subbuteo Lab Facebook page.

Subbuteo Lab has established a reputation as the best place in the world to buy Subbuteo and the new shop is packed full of new and old Subbuteo including teams, stands and accessories.

An area with Subbuteo tables and stadium displays means it is more like a museum to the game than a shop. There are also stunning single player displays, rare pendants from Subbuteo World Cups and a beautiful stadium set up.

In recent months Subbuteo Lab has expanded into its own merchandise including hand-crafted metal Subbuteo trophies, balls and carry cases for Subbuteo sets.

The pictures of the newly opened store show shelves of teams and box sets including a huge range of classic heavyweight teams from the 1960s and 1970s. The owner, Dany Mancuso, is a familiar figure to Subbuteo fans and can often be seen at Italian and UK Subbuteo fairs stocking up the fantastic store.

Subbuteo Lab is, as far as we know, the only shop in the world that sells purely Subbuteo. As a result it has become a place of pilgrimage for many Subbuteo fans and the move to the big city of Florence should make it easier for people to visit and spend some money.

You can also order items online at the Subbuteo Lab website.

Take a look around the shop below: